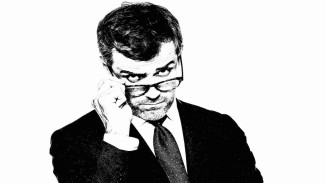 Get the right things right

Get the right things right

The only thing you want from a regulator is competence. The less a healthcare profession’s regulator appears in the trade press or even the mainstream news the better. There’s an inverse correlation between media appearances and how good they are being at their job. It therefore comes as no surprise that the launch of the General Pharmaceutical Council’s new booking website for the Registration Assessment went exactly as we would have expected it to: it has form in this department.

Those who tried to follow its defence of provisional registration whilst espousing the need for a registration assessment during the pandemic would get dizzy from its somersaults. That the Northern Ireland regulator left its Canary Wharf colleagues in the shade by implementing registration assessments when in London they hadn’t even tabled a solution merely shone the spotlight brighter.

Yet what does competence mean in community pharmacy? The way things are in a lot of community practice, after spending four years at university, most students then go through an intensive year of unlearning.

No one teaches you to use a till, prepare for a stock take or explain why your FP34C return is thousands of pounds awry. To be fair, this is an area of non-competence that pharmacy graduates across the land should be proud of – and should remain steadfastly so.

One of the most infuriating things about the structure of community pharmacy is that there remains an ideology about the pharmacist/owner needing to do everything themselves, including negotiating with the Government. Yet, after decades of pharmacist/owner negotiators being at the heart of PSNC, where are we? Bankrupted after years of picking the wrong fight about the wrong thing.

We’re still doing it. When given the chance to fix it from the inside out, the sector chooses again to stand still and reinforce its own broken model. To stick with the level of competence it’s been comfortable with for years. And as community pharmacy stands still, other primary care professions have recognised their own non-competence and brought in experts.

At the same time, it is possible to be surprised by people recognising competence, if only accidentally. In the last few days, the Government has driven a coach and horses through the restrictions of the Medicines Act and announced a new Serious Shortage Protocol for HRT medicines that allows not just changes of form or strength, but entirely new medicinal products. This is truly prescribing by the back door and every pharmacist up and down the country should be, cautiously, saying ‘I told you we could do that’. For years.

The impending normalisation of independent prescribing by pharmacists has caused much angst, yet here is a government recognising, albeit a little too late, that the profession can probably just do the right thing by the patient anyway. Pharmacists can solve medicines supply issues if they are given permission.

This tacit recognition of competence comes late. There are too many pharmacists who have been deskilled by focusing on profit and loss accounts, or squiggling initials in triplicate. But it is not too late. Pharmacists who have been struggling against the mediocrity of their existence can now see light at the end of the tunnel.

Recognition of competence is really important. There are great pharmacies up and down the country that do superbly well. One of the greatest aspects of competency is recognising where you are not competent and using other people to plug those gaps. There are no workforce issues in pharmacies where competent people are in the right roles. There are no risk management issues where people are allowed to embrace their non-competence. Non-competency should be as celebrated as competency.  Pharmacists should be proud to be useless business people, not very good at admin. Get other people to be good at that for you.