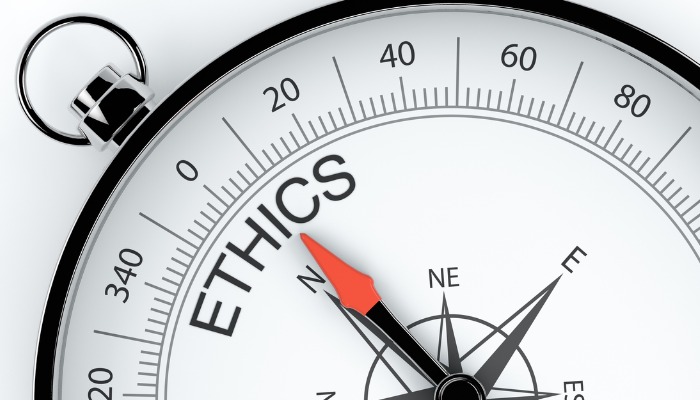 Business ethics – the morals, values and principles that guide an organisation – have become increasingly important in recent years. Take the BHS debacle. A former retail star, it once had 180 stores on the high street. Then in 2015, Sir Philip Green sold it for £1 to Dominic Chappell and his firm Retail Acquisitions – offloading £1.3 billion in debt that included a pensions deficit of £571 million in the process. In 2016, BHS went into administration. The fallout nearly cost Green his knighthood, and he had to pay £363m into the BHS pension scheme.

The problem for business owners, and by extension their staff, is that news travels quickly, but bad news travels at lightning speed. Customers, suppliers and investors will vote with their feet when it comes to dealing with businesses that aren’t doing enough right or have been exposed for doing the wrong thing.

But there are benefits for organisations operating ethically: being responsible doesn’t mean that a business can’t make a profit or cut costs. Consider the recent trends towards veganism and reduced use of plastics: organisations have looked at their products and adapted them, or even introduced new products to make them more attractive to a wider market.

Ethically run companies can outperform their peers financially in the long term too. Institute of Business Ethics research back in 2003 found that firms which take their ethical responsibilities seriously do better financially over the long term.

Unethical behaviour takes many forms – from full-blown illegal activity like fraud to so-called ‘pro-organisational unethical behaviour’, where questionable actions that seem to benefit an organisation in the short-term are taken. For example, an employee might oversell the benefits of a product in order to hit a sales target. The short-term impact is financial gain, but down the line, the customer and employee lose out, trust is eroded, and reputation is damaged.

Ethics isn’t just another layer of bureaucracy – something that requires lip service with nothing set in concrete. It requires all stakeholders, including employees, suppliers, customers and the wider society, to be valued and treated fairly. Making decisions in isolation, or not thinking about their impact, makes unethical outcomes more likely. Organisations need to weave ethics throughout the business using checks and balances and behavioural nudges.

How should ethics be ingrained within operations? First off, procedures, policies and practices need to support employees to be ethical in their behaviour and decision making. This means aligning policies and practices with ethical behaviour. This isn’t a simple task, but could start with what behaviour is rewarded and how individuals are incentivised. Having broad metrics for success and rewarding employees not just on short-term profit is a good place to start. Reward strategies could explicitly call out the importance of unethical behaviour.

Your business should start by identifying the core values to which it wishes to be committed and held accountable. This might include responsibility, integrity, honesty, respect, trust, openness and fairness. Communicate them through everything you do, from point of sale material to your Facebook page. Insist that ethical values underpin your mission statement, strategy and operating plan.

Next comes the important part – translating those ethical values into guidance for all employees on acting responsibly. Set out the expectations you have for how employees should behave in any given situation, to assist with decision-making. It should be remembered that any guidance is only effective when it is actually used in practice.

Once you set expectations, it’s inevitable that infringements will occur. The question is: how should they be dealt with? The response should depend on the nature and the seriousness of the mistake. A good rule of thumb, to encourage openness in the discussion of honest mistakes, is to investigate how something happened, rather than looking to apportion blame.

Little in life is black and white, so when communicating about ethics, focus on positive examples and what your organisation stands to gain, rather than what there is to lose. Strike a balance between transparency and creating a sense that unethical behaviour is not the norm. Providing clear guidance on what is and isn’t acceptable can help managers and employees challenge unethical behaviour among work colleagues when they see it.