Is pharmacy seeing growth – and where?

Retail in pharmacy is on the up, if you believe some predictions, but where do community pharmacists in the field see the real growth happening?

The latest ‘Pharmacy Retailing in the UK’ report from market researchers Verdict says the UK retail pharmacy market has continued it’s recovery, increasing its estimated value by 2.1 per cent, the fastest rate of growth since 2010. This has been driven by the OTC market – which grew nearly four per cent, outperforming the larger NHS receipts component – and has been lifted by improvements in consumer confidence, with people more willing to spend on self-care, health and wellbeing.

According to the report, the longer-term trend towards reclassification of medicines from prescription only to P category and from P to GSL ‘continues to support pharmacy growth outside the prescription market’, with Verdict’s analysts predicting that ‘the outperformance of OTC relative to NHS prescriptions is expected to continue as the government seeks to limit NHS budgets and promote self-care’. The report concludes that pressure on NHS budgets is likely to continue over the next five years, which will mean that ‘pharmacy’s core prescription medicines business will grow only slowly in value if not in volume’, but that the NHS is increasingly ‘looking at using pharmacies to increase its cost-effectiveness as well as extending their role in promoting healthy living’ – all of which could drive growth in retail pharmacy.

Where are pharmacists expecting to see growth? We ask a range of people for their views.

Pharmacy services – private and commissioned – have an ongoing patchy history, but there are plenty of positive examples of growth in services. Jay Badenhorst is superintendent and managing director of Whitworth Chemists’ 35 pharmacies across the north of England. He reports promising growth in private services such as travel clinics.

‘We still see growth in the delivery of local enhanced services being commissioned in the localities, but as these are many times on nonrecurrent funding it means that there is not continued growth,’ he says. The Hub Pharmacy’s chief executive Steve Jeffers – who headed up the group of north-west pharmacies when it was previously known as Medicx – is also seeing growth in professional services income, which he says was always the emphasis of Medicx and which the Hub continues ‘in a concentrated effort to maximise the income streams from any new services’.

He adds that the newly announced funding settlement for a national advanced flu vaccination service is also ‘an area we will be focusing on to make the most of this winter’.

For Gary Warner, owner of Regent Pharmacy on the Isle of Wight, pharmacy-based minor ailments services are leading the way. ‘Without doubt, our biggest growth area is actually a local service – Pharmacy First – which is a minor ailment supply service,’ he says.

‘It’s taken a month or six to get into people’s minds in the town but once we were able to demonstrate that the range of the formulary and the advice provided was wider than just sniffs and coughs, it’s really started to take hold.’ As well as getting the service users on board, Mr Warner points out that the success of Pharmacy First has also been reliant on GPs promoting it.

‘It’s really important for the commissioners of the service, the CCG, to gain displacement activity from the GP surgery nearby. We are in an area of particular deprivation locally and the practice is under a lot of pressure for appointments all the time. They’ve felt that pressure ease and, in turn, have started suggesting that patients to talk to us first.’

The ease of access to the community pharmacy for elderly people is driving sales in other sectors. Despite saying that ‘everything else is in decline or free fall due to supermarket competition for OTC meds and toiletries’, Coll Michaels, from Calverton Pharmacy in Luton says his pharmacy has seen growth in disability aids, ‘mainly incontinence disposables and some appliances’. And he’s not alone.

Mr Jeffers says The Hub Pharmacy’s retail side has registered an increase in sales of aids for independent living, the drivers of which are two-fold. ‘You’ve got the right demographic of patents coming into the pharmacies – either elderly people or their carers – and if they see the products on display in the pharmacy, they then think they’ll buy them because it’ll make their life easier,’ he says.

‘The other factor is the cutback in social services funding. It’s becoming more difficult for patients living in their own homes to get, for example, Zimmer and bath frames quickly, simply because they are not available or they’ve got to wait to be assessed by an occupational therapist (OT) and then wait to be supplied.’

To that end, one of The Hub pharmacies works with an OT so patients can get aids on almost the same day they are seen, which Mr Jeffers says is an area ‘that pharmacy should be able to get some decent growth out of’. But there are other areas showing expansion, even if it’s not necessarily of the monetary kind.

The rise of EPS scripts is also having an undeniable impact. Peter Cattee, chief executive of PCT Healthcare, says they are creating a ‘huge burden’ on his business as staff try to cope with the extra workload of handling the traditional paper-based model plus what he calls ‘the additional problems introduced by the newer working practices of EPS – where the variance between the ability of surgeries to deal with the new system can have a major impact’.

Customers are demanding more from healthcare across the board, pharmacy included. For example, Mr Cattee says his business has seen an increase in the number of deliveries they are being asked to make to patients, which has its own challenges.

‘Here the fine line between necessity and convenience is a very difficult one to tease out,’ he says, ‘but apart from the obvious loss of patient interaction with a pharmacist, we increasingly find ourselves acting as an arm of social services because we come into contact with people’s everyday issues, rather than just those concerning their health.’

Is this stretching the premise of good customer service too far? Or perhaps there no such thing as ‘too far’, when it comes to looking after customers. For Gary Jones, independent pharmacist at Borth Pharmacy in Ceredigion, customer service remains at the core of what it means to run a successful community pharmacy.

Growth in a pharmacy business is hard to find and hard won. Mr Jones says: ‘I am not a pessimist but I would say as a rule there is no distinct growth in pharmacy. Over the last 10 years I have reduced the size of the pharmacy to a third and only sell key lines [so it’s] more of a convenience store than a place to shop. But being an independent you don’t have brand exclusivity and are unable to offer low competitive pricing as supermarkets.

What we can provide is good customer advice but, again, the cost of medication has declined over the past 10 years and a large amount of P and GSL items can be bought for less than £1, which is good for customers but not for the retailer’. Mr Jones says his pharmacy’s average sale per customer is less than £3, and ‘with 25 per cent gross profit there’s not much room for net profit. Prescription volume is also declining as fewer items are being prescribed.’

On the positive side, he says he has ‘significantly increased growth in the pharmacy based on prescription volume by providing a better, comprehensive collection and delivery service,’ which he says is not about ‘growth in pharmacy but about being better than your competitors’. With the well-documented effects of OTC competition from other retailers such as the grocers, this is a maxim that rings true, no matter who your competitors are. 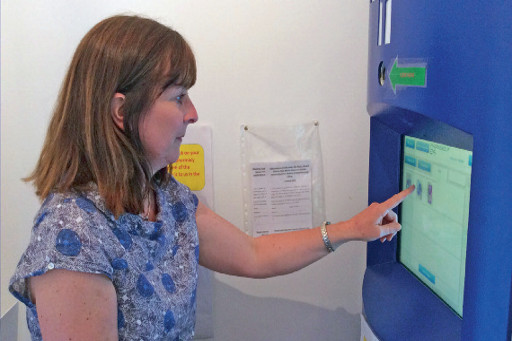 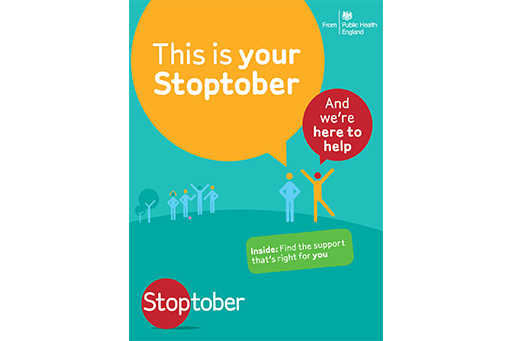 Catching up on missed sales