The shift from 2026 that all pharmacists joining the register will have prescribing skills is a positive one that can only increase the impact they have in their communities. But what of pharmacists already practising? Training as an independent prescriber (IP) takes time and money. Should you get on with acquiring the skills and building services for your business and your community now? We asked one pharmacist who certainly thinks so.

Sunil Kochhar is an IP and consultant pharmacist based in Kent. He is also the south east coast regional representative member of the PSNC. With over 20 years’ experience, his current focus is on developing innovative screening services for community pharmacy, alongside training and educational events to help pharmacist prescribers deliver them.

Mr Kochhar was annotated as a prescriber in November 2019. He says his decision to train as an IP was “a no-brainer”. He was motivated by the skills and experience he already had in delivering consultations and private clinics, but admits there were barriers to training that were putting him off.

“I resisted it for many years because finding the time to do the training as an owner of a community pharmacy was an obstacle,” he says. “Plus, it had been a long time since I’d formally studied, so confidence was definitely a barrier.”

What changed his mind, he says, was seeing the potential that being an IP could give him for the future: “This really hit me when the funding cuts first happened,” he says. “When payments were squeezed, we had to start thinking about what we could do to survive, and I see the only way is to open up your scope in independent earnings away from the NHS.”

Mr Kochhar says non-IPs should bear in mind that the 2026 cohort will arrive as prescribers. “Non-prescribers will be at a disadvantage because commissioners will expect pharmacists to be prescribers, and eventually so will the public,” he says. “My IP qualification does make me feel more confident that I will have the same standard of qualifications as others.”

Having found the will to train as an IP, Mr Kochhar had to make the time. He chose the course at Robert Gordon University (RGU) in Aberdeen as it was online, with only a week’s intensive face-to-face tutoring, and its peer-to-peer networking forum and one-to-one tutor forum meant, he says, “I never felt left on my own”.

The next challenge was organising the 90 hours of supervised clinical practice that is a pre-qualification requirement. With his primary scope of practice focused on respiratory conditions, Mr Kochhar decided to split his supervised hours under the oversight of a number of designated medical practitioners (DMPs) in a variety of practice settings.

Non-prescribers will be at a disadvantage because commissioners will expect pharmacists to be prescribers, and eventually so will the public

“I chose respiratory as my initial scope as I already had experience of running a smoking cessation clinic. I also operate an aesthetics clinic, so RGU allowed me to do a dual scope, which enabled me to do my practice hours in private clinics as well as NHS, as long as my portfolio work was based around respiratory,” he says.

“Alongside that, I spent a few days helping a PCN pharmacist run a blood pressure clinic in a local GP practice so I could get practical assessments using stethoscopes and taking blood pressure signed off. I sat in on COPD and asthma clinics, spent time with a specialist respiratory GP running sleep apnoea clinics, fitting devices for sleep apnoea and masks for COPD, and had two days in the respiratory clinic at the local Darenth Valley Hospital to see more severe cases of respiratory illness. This experience in secondary care helped me wrap that knowledge up with what I know about respiratory services in primary and community care and see how well-placed community pharmacy is to help relieve the burden in all of
these sectors.”

Alongside respiratory, Mr Kochhar’s ongoing commitment to add to his skills has seen him complete a short course in common dermatological conditions, enabling him to join forces with a dermatologist to offer more in-depth consultations and prescribe for conditions such as rashes, psoriasis and acne.

“UTI test and treat has also been busy for us, especially during the pandemic,” he says, “as people need treatment very quickly. We also have a walk-in clinic for ear pain, and I can prescribe accordingly with antibiotic drops if there is evidence of infection.”

Mr Kochhar’s latest addition is a hair loss test and treat service. “We know there’s a direct relationship between someone’s genetic profile and lifestyle and the effectiveness of hair loss treatment. We use the Fagron TrichoTest to analyse their DNA to reveal what is contributing to their hair loss, and I can offer them lifestyle advice and prescribe the most suitable hair loss treatments that may help,” he says.

Mr Kochhar says having satisfied patients is what makes being an IP worthwhile, as well as being a catalyst for growing the service. “The most powerful marketing is word of mouth from happy patients,” he says. “People generally don’t come into a pharmacy expecting a prescriber, so they are really thrilled to find that their issue can be resolved quickly, and that’s the biggest way to get people on board.”

Social media helps, but Mr Kochhar says it has to be used in the right way. “You can’t mention POMs of course, so I can’t say ‘come here for your hayfever medicine’, but I can say we offer prescription strength hayfever solutions here. We also make the most of our Google page, because people who know that pharmacists prescribe will type in ‘prescribing pharmacies near me’ and we come up in the local search.”

While his local pharmacy colleagues are happy to send patients to him if they are not prescribers themselves, GPs have given his IP service a mixed response. “We have some local GPs who are perfectly happy to refer patients to us if they want someone seen today for a UTI,” says Mr Kochhar, “but there are definitely those who are feeling a threat. For example, we once sent a dermatologist report to a patient’s GP who said they would not read something that had come via a pharmacist.”

they are really thrilled to find that their issue can be resolved quickly, and that’s the biggest way to get people on board

Could PCN and practice pharmacists act as go-betweens, since they understand the pressures on all sides? Mr Kochhar says their hands are tied. “The issue is not so much the relationship between general practice and community pharmacy”, he says. “It’s that PCN and practice pharmacists have rigid targets and rules on drug spend and QOF points that they need to stick to to ensure GP practice partners allow them to engage further out and have a relationship with you.”

Perhaps integrated care systems (ICSs) will be a solution? “Even with ICSs, things will never be truly joined up because healthcare professionals’ contracts are separate and each pharmacy has its own contract for supply. If a PCN contract had goals for community pharmacy as part of it, that would be different.” 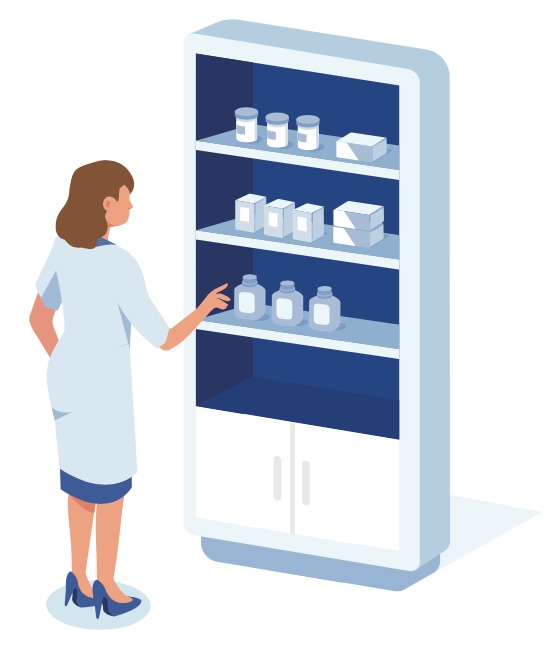 One way pharmacists can build networks is with each other. Mr Kochhar supports a group of local IPs, and they support each other. Additionally, he has begun writing and delivering training courses for IPs in various areas, including hair loss. “There are plenty of training modules for practice and hospital pharmacists, but nothing for community pharmacist prescribers, so my mission is to create modules for them which are formal, insured and have a quality assurance that gives confidence to community pharmacy to deliver these clinics.”

Mr Kochhar has also teamed up with former head of dispensing and supply at PSNC and career coach Komal George to create a series of events for community pharmacy prescribers. The first (on how to set up a dermatology clinic) runs this month in London.

In the longer term, Mr Kochhar has a wish list of what he’d like to see happen nationally in order for IPs to make the most of their skills, including protected learning time, and a more prominent frontline role.

“With every pharmacist eventually set to qualify as a prescriber, the most common sense approach in future will be for community pharmacies to be used as the national minor illness clinic that patients refer themselves into first, and for us to have a drug budget and prescription pad so we can deliver what the patient needs right there in the pharmacy, rather than having to go through the broken down 111 CPCS system,” he says.

His advice to anyone thinking of IP training? “The time to enrol is now, especially with a new cohort of prescribers on the horizon. Get started, get qualified, and get those services up and running.”

Prescribers who want to train in other services or attend Mr Kochhar’s seminars can email him at sunil.kochhar@nhs.net