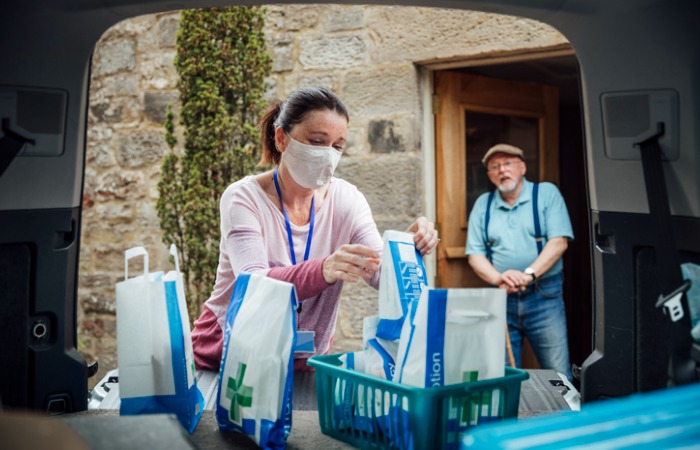 The economic value of any activity is often looked at when there is either some sort of opportunity or threat. Reductions in funding for community pharmacy in England between 2016 and 2018 and the flat funding five-year deal agreed in 2019 certainly represent a severe financial challenge, which has seen the National Pharmacy Association (NPA) lobbying to highlight under-funding and risks of closure.

Academic research backs up that concern whilst also raising questions about the potential for a technology shock, brought about by online pharmacy and original pack dispensing, increasing the possibility of medicines being sent to patients, bypassing the traditional community pharmacy route.1

Dealing with Covid-19 has only added to the pressure, with the challenge of how community pharmacies will be able to pay back the Treasury’s emergency Covid loans if they get called in. Collectively worth £370 million, they have helped many pharmacies stay open during the pandemic. Despite efforts from the Pharmaceutical Services Negotiating Committee (PSNC) to get the loans written off, or to see pharmacies reimbursed for the extra costs resulting from maintaining face to face services for the duration, that hasn’t happened… yet.

But it’s hard to really determine the full value of community pharmacy in economic terms. That’s because it needs three key steps: identification, measurement and valuation. Community pharmacy has a challenge on all three fronts.

On identification, what community pharmacy does is much more than it gets funding for. As the King’s Fund highlighted in its 2020 explainer, community pharmacy might be best known as a dispenser and retailer of medicines, but it has a much broader role. That includes being a source of advice and support on medicines, both for common acute illnesses and ongoing long-term conditions.2

When it comes to measurement, some activities that deliver value in community pharmacy are routinely measured. There are stats to look at, for example, on the number of community prescriptions dispensed and on the number delivered of specific services, such as the New Medicines Service (NMS). That’s because this is data that’s needed in order to make payments. If there’s money attached, it will be measured.

Warm words are often heard from Ministers, even if it’s easy to suspect they don’t really know what community pharmacy actually does

There are other activities that could – in theory – be measured, but aren’t routinely captured. Identifying an inappropriate choice of medicine is not easily ‘seen’.3 New work is being done in community pharmacy – some of it arguably of even greater value during the pandemic – for example, community pharmacy staff being mental health first aiders.4 But just how much of this value-added work is being done?

Then, when it comes to valuation, what is paid per activity is not necessarily the same as the value being delivered. In the broadest sense, the valuation piece should capture the value being generated to the different groups in society; what’s the value to the patient of the advice they get? What’s the value of the care that doesn’t need to be delivered elsewhere because a drug interaction was avoided through the work of a pharmacist? And so on.

Then there’s the value that comes from knowing community pharmacy is an option. Knowing that there is a healthcare practitioner who is available easily and quickly for most people likely has a value in and of itself.

In 2015, PWC was commissioned by PSNC to quantify the economic contribution of community pharmacy. PWC looked at the net benefit to the NHS, the public sector, patients and society of 12 specific services, including minor ailments and managing drug shortages. The work came up with the net value of £3 billion, which was expected to increase by a further £1.9 bn over the following 20 years.

The underpinning analysis is admirable in its scope (and enormous – the full report stands at 191 pages), although it does illustrate, in part, the difficulties of measurement – it had to use a questionnaire to find out about medicines adjustments, for example.5 And since it only looks at 12 services, it is, by definition, a partial analysis.

More recent work by EY, commissioned by the NPA and published in September 2020, takes a different approach. Set against the backdrop of Covid-19,6 this report arguably indirectly addresses value by looking at patient views about community pharmacy (generally very positive) as well as published work. EY’s review of the literature illustrates that there is an evidence base on the value of community pharmacy – for example, in terms of reducing use of the NHS. It also focused on the funding crisis and highlighted that deficits are a threat to the industry.

The work came up with the net value of £3 billion, which was expected to increase by a further £1.9 bn over the following 20 years

Should this challenge in fully capturing the value of community pharmacy matter? Unfortunately, it does when current reports like those from PWC and EY look to be big underestimates. Whether you put a premium on pieces of research from management consultancy firms or not, they are read and they can play a role as policy decisions are made and money allocated.

Given that, what does community pharmacy need right now? First and foremost, it does not need more of the same. As and when the sector’s representatives look again at how they might showcase the value of community pharmacy, an approach which brings in the value the public places on knowing that community pharmacy is there and can engage with those who use it regularly is what is needed.

Questions that need answering, for example, include what would the public be willing to pay to keep a community pharmacy open in their community? And what are the patient stories on the value they and those they care about derive from community pharmacy?

Community pharmacy is more than just numbers, and 'good' economics is more than that too. It might just be time to show both.