George Orwell and Stanley Kubrick were never exposed to this risk of humiliation. When 1984 arrived, the author was long dead and Kubrick had taken his leave when 2001 dawned. I wrote Vision 2020 in the late 1990s, so did my vision become reality?

In 1998, the Pharmaceutical Society of Northern Ireland (PSNI) finally agreed Vision 2020 as its vision for the future of community pharmacy. It had been a slog. There were important and influential dissenting voices. I found it difficult to see the real concerns, the agendas behind the excuses. They are still there.

I started work on the project in 1995. It was my view that real risks existed if pharmacy failed to adopt a clinical future. Supply services needed to change to clinical services or we risked no future at all.

Pharmaceutical care, defined by Charles Hepler and Linda Strand in the early 1990s, was my inspiration as it offered the necessary change and sustainability for community pharmacy. But their definition was, for me at least, too restrictive; it did not consider how pharmacists might make an impact on public health and improve self care.

Indeed, I had a number of frank discussions with Charles Hepler who, while always polite, found my argument on the limitations of pharmaceutical care somewhat irritating. He stated during one discussion that I clearly misunderstood the fundamental essence of the idea.

Pharmaceutical care is not care by pharmacists – it is care by pharmaceuticals. I was fully aware of this, but I thought we needed something wider than this to transform the service our 500 pharmacies provided. I added public health and self care, speculating on community pharmacy’s potential contribution to changing patient and public behaviours that impacted on health and wellbeing.

Vision 2020 boiled down to three domains: pharmaceutical care, self care and public health. Of course, these are not mutually exclusive; there is significant overlap. It was essentially a bold statement of what PSNI saw as the roles and responsibilities of community pharmacists 20 years into the future. By making this statement, it was hoped we would choose the right policies and create a momentum that would make this vision a reality today.

So, how have things shaped up? It’s been a mixed bag. Some things have been successful, others have not.

Using Vision 2020, the Department of Health (DoH) published its policy for community pharmacy, Making It Better, a few years into the new millennium. Sadly, discussions between DoH and the pharmacy negotiating body (now CPNI) hit a wall very early on.

Pharmacy wanted new commissioned activity to be paid in addition to existing funding. DoH argued that there would be some new money, but that fees for supplying medicines would need to be reduced to fund new services.

The next 20 years were a negotiating disaster. CPNI stalled, DoH aggressively reduced funding, nearly bankrupting contractors. CPNI lost three judicial reviews, gaining hefty legal bills. DoH got to such a point of frustration that CPNI was almost being ignored when, finally, in November 2018, a new contract was imposed. Most contractors were happy to take what was on offer as a way out of hefty overdrafts.

The new contract commissions services across three domains. ‘Living Well’ supports pharmacists to engage in brief interventions on exercise, care in the sun, nutrition and smoking. The public health flagship is ‘Health+Pharmacy’. Sadly, this impressive scheme has run aground as contractors won’t agree to some of the standards, such as restrictions on selling confectionery, e-cigarettes and low factor sunscreen.

The minor ailments service designed to keep patients out of GP practices is part of ‘Pharmacy First’. It is currently allowing us to treat patients with cold and flu symptoms on the health service.

Pharmaceutical care, now called “medicines optimisation”, has been less successful for community pharmacy, but has ensured a practice pharmacist in every GP surgery. It has also triggered a major workforce crisis as 450 pharmacists have opted to take those nine to five jobs with decent pensions. Try getting a day off at short notice in my world now.

Vision 2020 may have had an impact, but perhaps things were moving this way anyway. Contractors did not buy into it as I would have wished and seemed too focused on monitored dosage systems, free prescription collection and delivery, and investing in robotics. 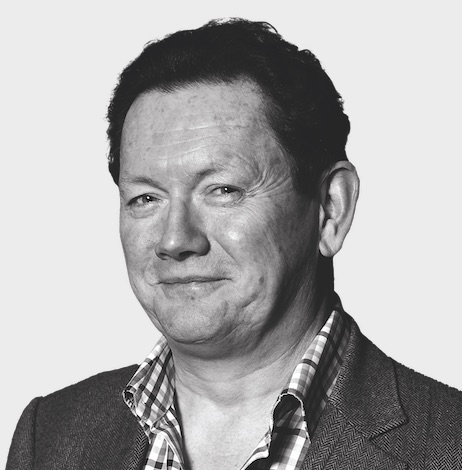 To say clinical services are now a part of the community pharmacists’ role is wrong, and the dangers I saw back in the 1990s remain a problem for the sustainability of the network. Like UK society in 1984 and space in 2001, community pharmacy in 2020 is certainly not what was envisioned.