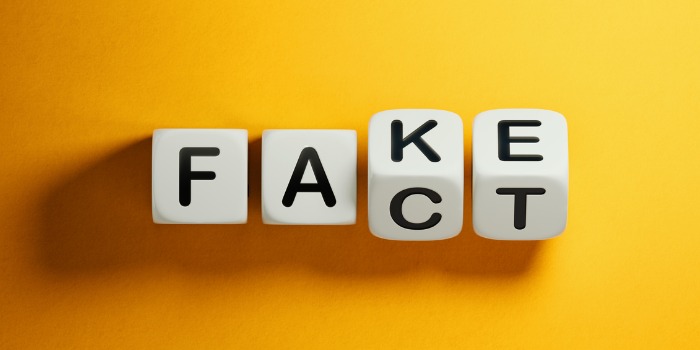 The arrival of internet access did more than just bring us together: it levelled the playing field when it came to the distribution of information. While this was positive in some ways, with many under-represented people suddenly able to have their voices heard, it also posed a threat that wouldn’t become clear for some time.

When social media assumed a key role in the dissemination of updates during the early days of the Covid-19 pandemic, official channels lost control over how topics were framed. The result was a free-for-all, with tribalism often coming to dominate proceedings. The core question, though, concerns how big the problem of fake news really is.

The sad truth of the online world is that it runs on virality. Websites and social feeds are saturated with content, and sober analysis doesn’t grab attention. Instead, it’s the scandals and the unrealistic assertions that win out.

One advantage of the pre-internet news model was that it was dominated by a handful of leading publications. They had editorial biases, naturally, but they did follow basic ethical codes and have responsibilities that kept their actions in check. They also had funding that didn’t rely solely on views and clicks.

Today, a social media post from an unknown blogger has as much viral potential as an update from a trusted source – and the more dramatic the posts get, the more they’re shared. Modest notes about treatments having vague potential won’t move the needle, but wild statements about miracle cures certainly will. The people responsible for those statements are beholden to no one, so they can freely sow the seeds of chaos.

For a start, those with healthcare expertise need to set a superlative example

Factor in the ideological fracturing of society and you have a recipe for disaster. Most people lack the skills to assess claims about medical science, so they simply place their trust in contentions that fall in line with their general beliefs. If they strongly dislike their national government, they’ll gladly assume the truth of anything critical of that regime, for example.

In the Western world, the force of individualism has met a general wariness regarding conventional authorities, leading to people believing whatever they prefer to believe. The consequences have been deeply concerning. Coming to believe that Covid-19 was fully orchestrated as part of a convoluted power grab, for instance, right-leaning people (particularly in America) have jumped on the ‘cures’ offered by their preferred guides.

Are hydroxychloroquine and ivermectin completely bereft of value in the fight against Covid-19? Perhaps not, but a husband and wife were killed and hospitalised respectively when they consumed chloroquine phosphate, a cleaning agent used in fish tanks that happens to be related to hydroxychloroquine. And since ivermectin can be fatal in large doses, it’s hardly unreasonable to be worried about what the recent hype about it may bring.

As a company, we are asked quite regularly about ivermectin. This is worrying because medicines are restricted for patient safety. People increasingly evade these restrictions by ordering medication through marketplaces like eBay or Amazon, but they’re not guaranteed to receive legitimate products.

It isn’t just these treatments that are causing problems. In fact, they are the tip of the iceberg. Speculative and nonsensical claims about ‘miracle’ treatments circulating on social media have led to serious damage. A study published in The American Journal of Tropical Medicine and Hygiene in August 2020 documented thousands of people drinking methanol in an effort to cure Covid-19, with 800 dying, 60 becoming blind, and 5876 being hospitalised.

CAN TRUST BE WON BACK?

To address the issue of fake news in healthcare, institutions of all kinds need to work towards winning back public trust. It won’t be easy: many are set in their beliefs and react poorly when challenged, so there’s antagonism to contend with. But that doesn’t mean it can’t be done.

For a start, those with healthcare expertise need to set a superlative example. They must be consistent, reasonable, and understanding of why so many hold such irrational beliefs. Mocking those who fall for scams only pushes them away from trustworthy services. Instead, we must seek to provide steady news and advice on healthcare topics, slowly showing that we’re reliable.

In the long term, though, the answer must lie in education. Social media regulation won’t solve the problem: it’ll only drive it elsewhere. Teaching children how to think critically and avoid tribal thinking is the only path out of this mess – and the sooner we make the necessary changes, the sooner we can all benefit.

Scott McDougall is the co-founder and registered manager of www.theindependentpharmacy.co.uk