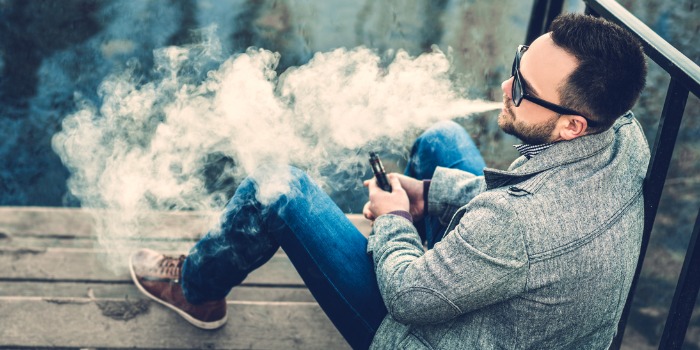 In July 2019, the Government announced its ambition for England to be smoke-free by 2030. While national smoking rates are heading in the right direction, there is still a long way to go.

According to top-line findings on smoking in England from the Institute of Epidemiology’s Smoking Toolkit Study in November 2020, 14.7 per cent of adults currently smoke cigarettes, having fallen just 0.8 per cent between October 2019 and October 2020. However, smoking prevalence among 18 to 21-year-olds has risen to 21.7 per cent, and in 16 to 17-year-olds, it is up to 14.4 per cent.

“While smoking prevalence is declining in the general population, it remains concentrated among disadvantaged groups and communities,” says a Public Health England (PHE) spokesperson. “These include people with mental health conditions, those who are unemployed or on low incomes, LGBTQ+ communities and certain BAME communities. In addition, the prevalence of women smoking throughout pregnancy has remained relatively stable for a number of years. Smoking in pregnancy is strongly associated with low socioeconomic status.”

Hazel Cheeseman, director of policy at ASH (Action on Smoking and Health), says the Government’s progress this year has been inhibited by the impact of Covid-19. However, last month, there were some positive signs that things are getting back on track.

“During a parliamentary debate on 12 November, health minister Edward Agar reiterated the Government’s commitment to the smoke-free 2030 ambition,” she says. “On the same day, the Treasury announced further increases to tobacco taxation, with greater increases for hand-rolled tobacco, a key public health ask to close the price difference. However, while there are positive signs that the Government remains committed to bringing rates of smoking down significantly, the ability to do so may be impaired by the reorganisation of PHE. It is worrying that the Government is yet to publish any clear arrangements for the future of its health improvement functions.”

The uptake of NHS Stop Smoking Services has been in decline in recent years even when, according to PHE, they are particularly effective in reaching disadvantaged smokers. In the last year (2019/20), 126,785 people setting a quit date were eligible for free prescriptions, which accounts for 57.2 per cent of all clients. Over half (52 per cent) of those accessing support were either manual workers, long-term unemployed, never worked, or sick/disabled and unable to work.

“The most recent data from NHS Digital show that 221,678 people in England set a quit date in the year from April 2019 to March 2020,” says a PHE spokesperson. “This is a 6 per cent reduction compared to the last year. But 13,799 pregnant women set a quit date through the services, a small increase of 0.2 per cent. Data for quarter one 2020-21, covering the period of the national lockdown, are not yet published.”

Support during the pandemic

Despite being unable to offer face-to-face consultations, NHS Stop Smoking Services have continued to deliver behavioural support to smokers during the pandemic. “Our survey of local authorities found that by May 2020, the vast majority had some remote support up and running for smokers, with many also managing to maintain supply of medications,” says Hazel Cheeseman. “These models have been evolving, but we understand that capacity in pharmacy and through primary care providers remains diminished due to the ongoing demands of the pandemic. This seems likely to continue to be a challenge into 2021.”

“It is important that cuts to public health funding don’t restrict the role of pharmacy in this area,” says Sandra Gidley, president of the Royal Pharmaceutical Society. “We want to see pharmacies being re-commissioned to provide free and accessible stop smoking services within their local communities. With forthcoming pilots for smoking cessation referrals into community pharmacy from hospitals, we are looking forward to seeing more services rolled out across the country, with much-needed funding support.”

Ade Williams of Bedminster Pharmacy in Bristol says that when his local stop smoking service was decommissioned, he wasn’t prepared to leave his customers without any support. “We designed our own service, creating a more focused and energised offering,” he says. “We have targeted messages to relevant patients to say that help is available from the pharmacy and invited them to have a conversation, either in-store, online or over the phone. We provide a plan for each patient and have made smoking cessation aids more accessible in terms of price.”

Well Pharmacy has been able to continue offering safe face-to-face consultations using face coverings and additional screens. “We are also offering telephone consultations for those customers who would prefer not to come into the pharmacy,” says Paul Barry, NHS contracts business partner at Well Pharmacy. “In each case, a trained smoking cessation advisor discusses the individual’s nicotine dependence and smoking history. They then consider the best option for the patient by discussing what products are available and suitable. The customer will be enrolled onto an eight to 12-week programme with us, and our aim is to support them on their journey to becoming smoke-free.”

In March, PHE issued Vaping in England: 2020 evidence update. “The consensus across leading UK health organisations is that while not risk free, e-cigarettes are far less harmful than cigarettes,” says a PHE spokesperson. “The evidence of their effectiveness continues to grow. An updated Cochrane Review, Electronic cigarettes for smoking cessation, published in October, finds that nicotine-containing e-cigarettes are more effective in supporting smokers to quit successfully than traditional nicotine replacement therapy such as patches and gum. A major UK clinical trial found that when combined with expert face-to-face support, people who used e-cigarettes to quit were twice as likely to succeed as people who used other nicotine replacement products.”

The PHE report contained concerns that increasing numbers of smokers now believe vaping is more harmful than smoking due to negative media coverage. In October, ASH published figures showing that e-cigarette usage has dropped; in March 2020, there were 3.2 million e-cigarette users in Great Britain, down from 3.6 million in 2019.

Ade Williams says pharmacy teams have an educational role to play, championing the evidence to the public. “The only way to reduce harm is to change the source of nicotine, which is where e-cigarettes fit in well,” he says. “Each customer has their own preconceived ideas on what is acceptable, though, and some don’t want to try e-cigarettes. Pharmacists need to look at everything that’s available in the harm reduction spectrum.”

“E-cigarettes are significantly less harmful than smoking tobacco,” says Sandra Gidley. “However, they should not be used by people who have never smoked. Evidence on their long-term safety is still unclear, particularly regarding the many colourings and additives, and we recommend that pharmacists advise smokers to use licensed NRT products rather than e-cigarettes.” 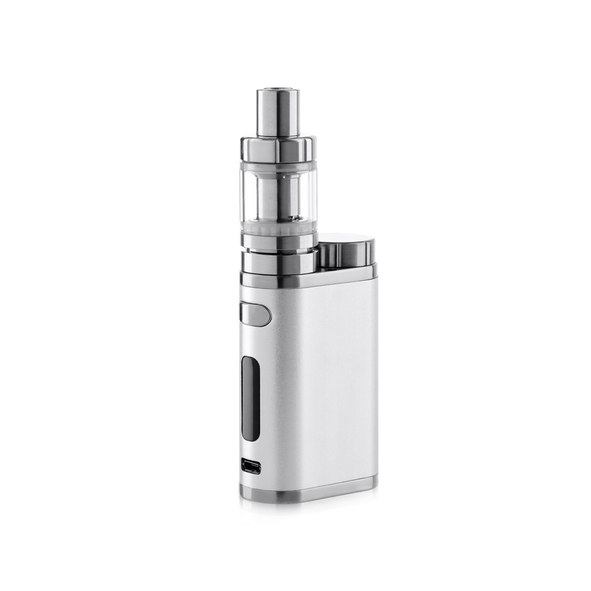 According to an NPA spokesperson, people respond differently to treatment and the stop smoking journey is very personal. But further research is needed on whether vaping helps people to quit smoking and if there are health risks.

PHE points out that e-cigarettes are tightly regulated for safety and quality by the Medicines and Healthcare products Regulatory Agency (MHRA). However, without a medicinally regulated e-cigarette product available on the UK market, some pharmacies are still reluctant to sell them. Specialist vape shops remain the most popular source for purchase.

Hazel Cheeseman says that many health settings are fully integrating e-cigarettes into their offer for smokers, and there is no reason community pharmacy shouldn’t follow suit. “Smokers using e-cigarettes for the first time are likely to want and benefit from advice about how to use them, in the same way they would with NRT products,” she says. “Where possible, community pharmacists should ensure they are able to provide that support. Some of the big brands of e-cigarettes are owned by tobacco companies, and this can make community pharmacists understandably uncomfortable about stocking them. However, there are lots of independent products out there and pharmacists should seek advice from the Independent British Vape Trade Association (IBVTA).”

Other products, such as heat-not-burn tobacco, may also be of benefit in harm reduction, although more research is needed to assess their long-term effects. “There is a growing market of novel tobacco and nicotine products, such as snus (a moist tobacco pouch put under the top lip) and heat-not-burn tobacco, some of which are inhaled and many which are not,” says Hazel Cheeseman. “Currently, this is a small part of the UK market and our research doesn’t indicate that vast numbers of smokers are using these products. Many have little evidence of their effectiveness in helping smokers quit or a safety profile. While this will change in the future as more research is undertaken, these remain niche products in the UK, and snus is illegal.”

“During the pandemic, I have noticed that some customers have more of an incentive to quit because of the fear of Covid being more serious if they do catch it. It’s important to keep a variety of formulations in stock. Patients have different reasons for smoking and they will have different preferences for quit aids. We find that sprays, inhalators and gum are the most popular – lozenges the least. Customers like Nicorette and Niquitin products, and most popular by far is the Nicorette mouth spray.”

“This used to be a really busy category when we ran our commissioned service, but that’s gone now. We only do about half as much business in smoking cessation aids now people have to pay for them all. Lots of our customers have tried to give up several times, so they want to know about different formulations and new products. Nicorette Quickmist is our best seller by far. I am an independent prescriber, so I can still prescribe Champix. It’s really important to have the products out in the shop so customers can browse freely.”

“This is an important category since we do not offer a stop smoking service. Since the start of the pandemic, this area has not offered much in the way of sales, presumably because most people are shopping online. We generally sell Niquitin patches far and above the other brands and forms. We do not site these products favourably due to their lack of impulse purchase status, but we do make sure we offer advice to highlight the benefits of stopping smoking, which more often than not leads to a sale.”