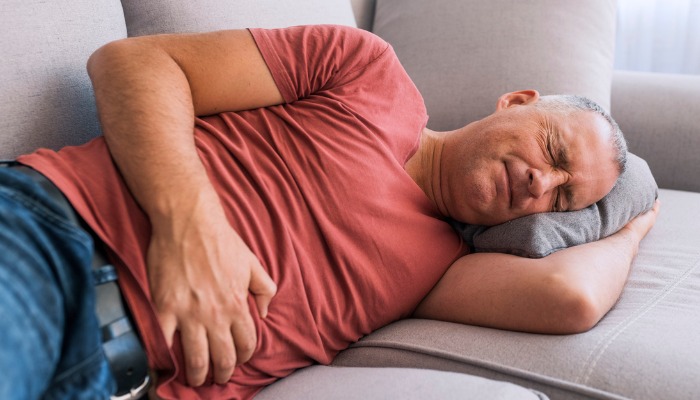 With the pandemic having hampered access to bowel cancer screening services, it’s more important than ever that pharmacy teams are aware of potential warning signs and know how to advise.

Every year, around 16,000 people die of bowel cancer. This makes it our second biggest cancer killer, with more than 42,000 individuals diagnosed each year, says Bowel Cancer UK. However, it is thought that around 54 per cent of cases are preventable, and when caught at its earliest stage, 92 per cent of people survive the disease for five or more years, says Cancer Research UK.

The pandemic has meant that 40,000 fewer people have started treatment, largely driven by a fall in the number of diagnoses, says Cancer Research UK. Endoscopy services have been particularly affected, with 600,000 fewer performed between March and November; as of January, a backlog of 200,000 people were waiting for the procedure in England alone.

With fewer patients seeing their GP about bowel symptoms, there is concern that problems have gone untreated. “Pharmacists can play an important role in safety netting, for example by speaking to patients who regularly buy OTC medicines for bowel conditions such as diarrhoea or constipation,” says Zara Schneider from Cancer Research UK’s information team. “Don’t assume that just because these medicines are on a prescription, the doctor is aware. Asking if they’ve seen their GP or been back to them if symptoms have not resolved or worsened, reassuring about safety measures at GP practices and encouraging persistence in getting an appointment could all help get a potential bowel cancer diagnosed early.”

Around one in 15 men and one in 18 women will be diagnosed with bowel cancer during their lifetime, says Bowel Cancer UK. The charity says that 94 per cent of cases occur in the over-50s, and more than half of all cases are diagnosed at a late stage.

Some 28 per cent of cases are attributed to a diet lacking in fibre. It is thought that 13 per cent are caused by eating processed meat, while 11 per cent are due to being overweight or obese. Other risk factors include a family history, smoking, alcohol, lack of exercise and having Crohn’s disease or colitis.

The persistent symptoms to be alert to when talking to customers are:

Other symptoms include unexplained weight loss, reduced appetite, tiredness, pain or a lump in the stomach area or rectum.

“If a customer has one or more of these signs, or things just don’t feel right, please encourage them to speak to their GP,” advises Catherine Windsor, director of services at Bowel Cancer UK. “Some people find talking about their bowel habits embarrassing, or they might not realise their symptoms could be linked to something serious, so it’s important they’re made to feel comfortable. Take a cue from the patient as to whether they would like a private conversation. Speak confidently and factually, asking relevant questions about their bowel health and any signs of bowel cancer. These could include how long they’ve had symptoms, whether they have got worse and if they’ve sought medical help before.”

Ms Schneider advises: “It’s important to use straightforward language rather than medical jargon. Use open questions to understand the patient’s perspective before giving your own opinions. If they are a prescription patient, have their  medication record available and consider whether any changes in medication might be causing any symptoms.”

Public health campaigns are a great way to raise awareness of the importance of being bowel health aware, and there are a variety of free materials to help. The following websites are useful sources for training and customer-facing materials:

The faecal immunochemical screening test (FIT) was introduced in 2019. People are sent an invitation letter and an information leaflet, followed by a home test kit a week later. A small poo sample is collected on a stick and put into a sample bottle, then posted back to the laboratory. If an abnormal result is detected, individuals are offered a colonoscopy.

In Scotland, uptake of FIT bowel screening (introduced in 2017 for 50-74 year olds every two years) increased before the pandemic, with some 63 per cent of those invited taking up the offer of screening between May 2018 and March 2020. FIT screening is offered to the 60-74s in Wales and Northern Ireland.

According to Bowel Cancer UK, there were over a million missed opportunities for bowel cancer screening (equating to 1,350 undiagnosed bowel cancer cases ) in England alone last year; invitations were not sent out between March and October.

“The pause in the programme and postponing of all non-emergency colonoscopy has led to over 62,000 people in England alone waiting for tests that could diagnose the disease, and while screening has resumed, there is a backlog to clear,” says Ms Windsor. “Research has shown that any delays to treatment could increase the chance of dying by around 10 per cent. We also know that the ‘stay at home’ message unintentionally put some people off visiting their GP with symptoms. We’d urge anyone with symptoms to contact their GP as soon as possible.”

Ms Schneider adds: “Patients awaiting an endoscopy procedure, or those referred for one, should contact their doctor if symptoms change or if existing symptoms worsen.”

Ulcerative colitis causes inflammation and ulceration of the lining of the colon and rectum. The ulcers may bleed and produce mucus. The condition tends to relapse and flare up. It affects one in 420 in the UK, often first appearing age 15-25.

Symptoms to watch for include diarrhoea, often with blood/mucus and urgency, cramping pains in the abdomen, often before passing a stool, tiredness, feeling unwell, possibly with fever, loss of appetite and weight loss, anaemia.

Crohn’s causes inflammation of the GI tract. It is a chronic condition with flare ups that affects one in 650. It first appears between the ages of 10 and 40, but can affect the over-60s.

Symptoms to watch for include abdominal pain and diarrhoea, possibly with mucus and blood, tiredness, feeling unwell, mouth ulcers, loss of appetite, weight loss and anaemia.

Rachel Ainley, health services manager at Crohn’s & Colitis UK, says: “Find a place where the conversation won’t be overheard and show empathy. Ask open questions and ensure the patient understands what they are being told.”

Numark estimates that gastrointestinal (GI) remedies account for 10 per cent of the total OTC medicines category; its five key categories are shown in Figure 1.

“There is a general move towards larger pack sizes as customers make fewer shopping trips,” says Numark’s Cathy Crossthwaite. “In 2020, there was significant change in the stimulant laxatives category, moving a range of products from the shop floor to the back wall, offering pharmacy the opportunity to provide a product range and guidance on products that used to be widely available in other retailers.”

According to Alphega Pharmacy, the UK OTC remedies market is worth more than £307 million. However, in the year to 13 Feb 2021, it decreased in value by 5.7 per cent, largely because of a 34 per cent slump in anti-diarrhoeal sales. Conversely, sales of laxatives were up 21 per cent in independents (1 per cent overall).

Emma Boyle, brand manager for Care at Thornton & Ross, says the change in laxatives legislation has been an important issue for pharmacy. “It has impacted not only what goes on the shelf, but how pharmacy staff need to manage engagement with customers around these products. It’s important for pharmacies to review the regulatory advice and not only protect their business and colleagues, but community members who may not be taking laxatives for their intended purpose.”

Views from the P3pharmacy panel

“This category has always been important for us and it’s become even more so during the pandemic. We can’t take patients into consultation rooms at the moment, so I suggest they give me a ring if they’d prefer a more private conversation. I’m part of a pilot scheme to offer video consultations, but so far they’ve not been popular. Brands that sell well include Nexium, Gaviscon, Dioralyte and own label loperamide. My tip for display: focus on bowel cancer symptoms to be aware of.”

“This year even more patients have come to us for help. They are becoming less embarrassed about bowel health, thanks to good media campaigns. We give advice almost daily, and we do a lot of prescribing as I’m an IP. Constipation is a common concern, often related to painkiller use. Others are IBS and diarrhoea. We have GSL products on display in a discreet part of the shop, at eye level for browsing. We use resources such as cards with bowel cancer signs and give these out to patients.”

“Bowel health is not very prominent in the pharmacies I work at as most patients receive treatment on prescription. When we do have queries, patients are usually quite comfortable to discuss them with me – using the consultation room, should they prefer. One product that sells well in this area is Buscopan for mild IBS symptoms. For a creative educational display to raise awareness of bowel cancer signs, get in touch with Bowel Cancer UK for resources.”