70 per cent of people unaware of ultra-processed foods

70 per cent of people unaware of ultra-processed foods 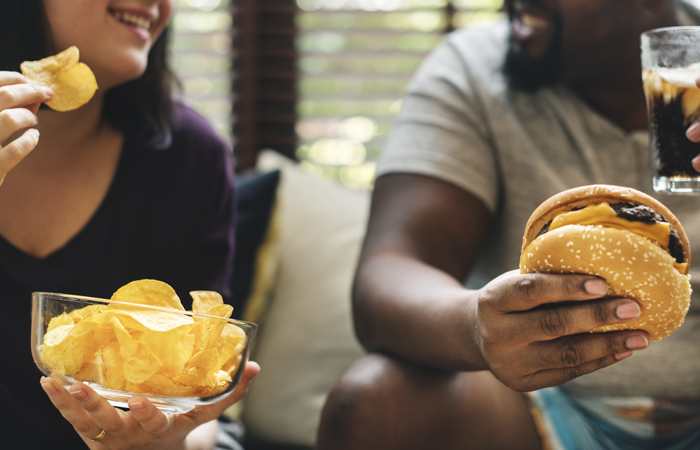 Some 70 per cent of people have not heard of the term 'ultra-processed foods' despite 36 per cent having saying they are trying to cut back on some kind of processed foods, according to a new survey by YouGov on behalf of the British Nutrition Foundation (BNF).

The term ultra-processed foods is often based on a food classification method called NOVA which defines these foods as those made by industrial processing and ones that often contain additives such as colours, flavours, emulsifiers or preservatives and are thought to lead to an increased risk of disease.

While 21 per cent of survey respondents said a healthy, balanced diet shouldn’t include any ultra-processed foods, the data also points to a lack of understanding around which foods are included in this category.

For example, when classifying foods as ultra-processed, just eight per cent selected canned baked beans, 19 per cent pre-packaged sliced bread from a supermarket, 26 per cent ready-made pasta sauces and 28 per cent breakfast cereals with added sugar.

“There's an increasing amount of research on ultra-processed foods and health, and the term is being used more than ever. But most people still have not heard of the term and are not clear about what it includes,” said Sara Stanner, science director at the BNF.

“Many foods that would be classified as ultra-processed may not be recognised as such and, while many ultra-processed foods are not healthy options, this isn't always the case. As well as less healthy items like crisps, cakes, sweets, chocolate and sugary drinks, which many of us need to cut back on, ultra-processed foods can include sliced wholemeal bread and vegetable-based pasta sauces which can be a useful part of a healthy, balanced diet.”

Forty-three per cent of men and 51 per cent of women agreed that checking the nutrition label on processed foods can help them make healthier choices.

“Some ultra-processed foods, such as confectionary, fried snacks, cakes and sugary drinks, are already recognised by nutrition professionals as foods to limit, however this does not mean that all processed foods should be demonised," added Ms Stanner.

"Looking at food labels, in particular at sugar, salt and saturated fat content, can be valuable in helping us to make healthier choices. In addition, we need to encourage food manufacturers to produce foods that are healthier, ensuring that healthier food choices are easier, more convenient and affordable for people to make.”