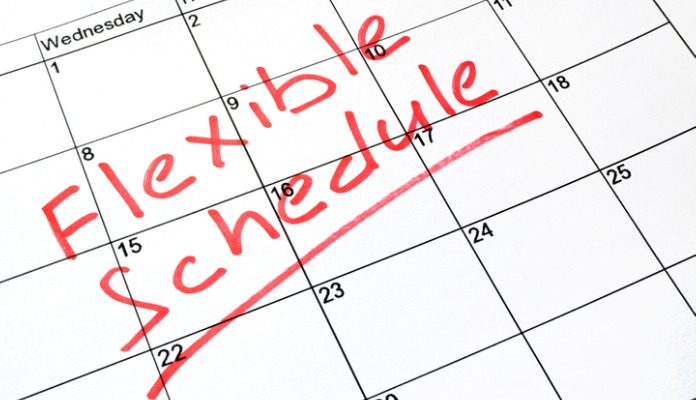 Flexible working is in vogue. While it’s not a new concept, the pandemic brought it into the foreground.

There are six key areas for discussion outlined in the consultation: making flexible working the default (giving workers the right to request flexible working from day one – presently, this right requires 26 weeks’ continuous service); examining the reasons employers can use to refuse a request; requiring employers to consider alternatives if they need to refuse a request; considering if employees should be allowed to make more than one request a year; examining if the current three month time frame to consider any request should be shortened, and how to get more employees to make more temporary flexible working requests.

Beyond this, the Government is looking at flexible working methods such as job sharing, flexitime, compressed, annualised and staggered hours, as well as phased retirement.

The proposals are less austere than had been expected, but employers are likely to see an increase in the number of flexible working requests they receive. The consultation closed on 1 December, but employers should bookmark the page on www.gov.uk for the result that will end up in legislation.

The proposals do not give employees the right to work flexibly and do not alter the basic position that the right is merely a right to request. The Government line is that it should be up to employers to decide what they should agree to and what they can reject (based on the eight reasons set down in law).

That said, employers are required to respond to requests reasonably. Even so, there is no plan to introduce a reasonableness test that will be used to judge an employer’s response. The ACAS Code of Practice can be considered by an employment tribunal when examining relevant cases. However, the potency of the employee’s position is that they can bring a discrimination claim should an employer choose to ignore its obligations.

Then there is the distinct possibility that employers will have to respond to flexible working requests more quickly than they must do now, while also considering alternatives to the request made. Also, with more requests comes the heightened risk of indirect discrimination claims following a refusal. Employers should demonstrate – objectively – the statutory reasons why the job must be done in a defined way.

With employees having an almost unfettered right to bring an employment tribunal claim following the refusal of a flexible working request, it’s logical that employers will fare better if they can hammer out a compromise, or at least try out the requested flexible working arrangements. It could help an employer in a tribunal if it can demonstrate that it has acted fairly.

There is some relief for employers – the Government is not planning to introduce a statutory requirement to highlight whether flexible working is available in job advertisements. Also, plans to require employers with more than 250 employees to publish their flexible working policies seem to have been filed for now.

THE RISK OF DISCRIMINATION

As noted, employers need to be alive to the risk of an employment tribunal claim based on discrimination. The HR Director quotes a September 2021 case – Thompson v Scancrown Ltd, trading as Manors.

In the case, Alice Thompson worked for Manors estate agents, based in London. The company had around 10 employees and catered to wealthy clients from overseas, particularly the Middle East. Ms Thompson was employed as a sales manager and two years after being recruited, she was praised by her manager, who told her: “Thanks to you, the office is doing well”.

Upon looking to return to work after maternity leave, Ms Thompson asked if she could finish work an hour earlier at 5pm and work four days a week, instead of five, to accommodate her childcare arrangements. The manager refused the request and Ms Thompson resigned. She then struggled to find work after the UK went into lockdown in March 2020.

Ms Thompson said her request for flexible working wasn’t “seriously considered” and she would have been happy for a counter offer from her employer. Instead, she said her request was “shut down at every avenue, not listened to, not considered and I was left with no other option but to resign because I couldn’t make it work.”

She won her case and the Employment Tribunal ordered Manors to pay Ms Thompson £184,961 as “compensation for indirect discrimination because of sex.”