Itâ€™s a new year, which means lots of smokers will be making resolutions to quit. And pharmacy can help them, with advice, support and cessation products 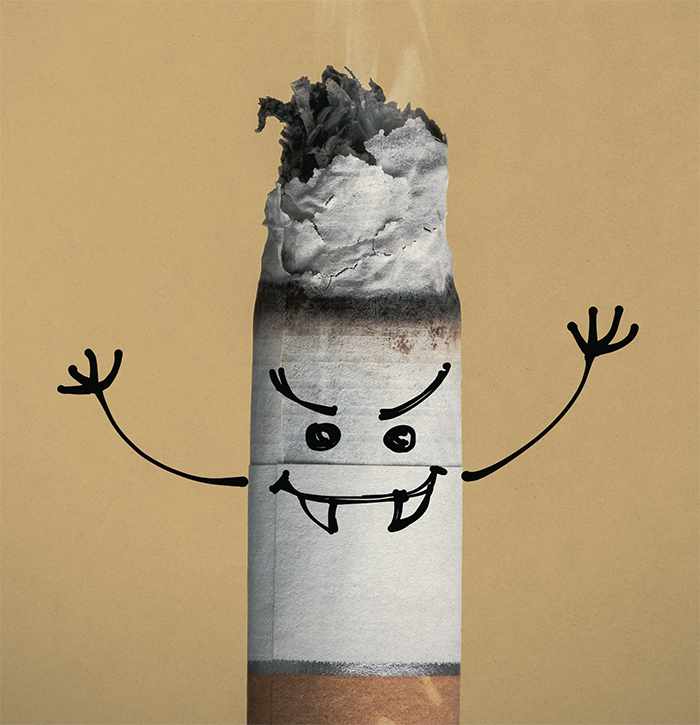 According to the latest statistics from the Health and Social Care Information Centre (HSCIC), published in May 2015, one in five adults in England smokes, and two-thirds of them want to give up. In about 20 per cent of cases, it takes three or more attempts.

The new year is a traditional time to think about healthy new habits, and pharmacists may be called upon to provide advice and support on smoking cessation. But Mimi Lau, Numarkâ€™s director of pharmacy services, says pharmacists shouldnâ€™t assume that they can continue to offer the same service they have in the past.

â€œWith fewer and fewer commissioned services, and the emergence of e-cigarettes, pharmacists should be considering how their smoking cessation service needs to adapt to continue to help their customers,â€ she says. â€œThe service that the pharmacist chooses to deliver may be an NHS service or a private one. In both instances, pharmacists can help customers get the most from smoking cessation products by offering a support service linked to them including, education and advice around lifestyle.â€

Samantha Preston, pharmacist at AAH Pharmaceuticals Careway programme, suggested that pharmacists should promote public health campaigns, such as Smokefree January from Public Health England â€œto raise awareness to their customers that they can do far more than just the dispensing of medicines, and can provide advice and treatment for a number of conditionsâ€.

â€œAs pharmacists, our role is to promote healthy lifestyles; stopping smoking is one of the most positive health changes an individual can make,Â given its high association with increasing the risk of respiratory conditions such as chronic obstructive pulmonary disease (COPD), cardiovascular disease, including heart attack and stroke, and many cancers.â€

The AAH Pharmaceuticals Careway programme can help to equip independent pharmacies with the knowledge to have expert conversations and provide customers within their communities with the support and help they need to stop smoking, she says. The public can join in with Smokefree JanuaryÂ this month at Smokefree NHS.

Smoking cessation remains a national priority, but the market for quitting aids is gradually changing. Surveys reveal that people who donâ€™t want to, or canâ€™t, stop smoking are turning to e-cigarettes as an alternativeto using nicotine replacement therapy (NRT) products from a pharmacy. In the HSCIC report in May 2015, 3 per cent of adults were using e-cigarettes. A Mintel report in March 2015 suggested that the smoking cessation market was estimated to have fallen by 4 per cent in 2014, the first time on Mintelâ€™s records since 2008, while the e-cigarette market grew by 4 per cent in 2014.

Ms Lau says that although most e-cigarettes are not yet licensed, and so canâ€™t be relied upon to be safe, their popularity and growing presence in the market canâ€™t be ignored. â€œMost, if not all, pharmacies provide some level of smoking cessation support,â€ she says. â€œThe debate over e-cigarettes has rumbled on over the years, but there has been no compelling evidence over their use, which has caused much confusion. That is, until a recently published report by Public Health England. A shift in thinking is needed to stop the inaccurate perception that e-cigarettes are as harmful as cigarettes. In terms of harm reduction and as an aid to quitting, they do have a role.â€

Stuart Gale, chief pharmacist, owner and manager of the Frost Pharmacy Group (including Oxford Online Pharmacy), says he thought long and hard about selling e-cigarettes and discussed it with all the pharmacists in the Frost Pharmacy Group. â€œAt first, opinions were varied, but we quickly began to see examples of patients using e-cigarettes with a good deal of success,â€ he says. â€œNow my feeling is that, possibly because the pharmacy bodies were so against them to start with, they are depicted as a recreational, even fashionable, item, rather than a medical tool to help people to stop smoking. It seems to be a market lost to pharmacy before it even began.â€

Liam Stapleton, superintendent pharmacist at Warman-Freed Pharmacy, agrees that itâ€™s the prerogative of the individual pharmacy owner to determine which products and advice they offer. â€œWarman-Freed Pharmacy does not sell ecigarettes for a number of reasons,â€ he says. â€œFirst, they are unlicensed; second, the RPS advises against it; and third, we believe it normalises the smoking routine without breaking the habit. Using a 24-hour NRT patch, such asÂ NiQuitin Patches, alongside an on-the-go therapy such as NiQuitin Minis Lozenges, will break the sensorial and behavioural habits of smoking while keeping nicotine cravings at bay.â€

MHRA licensed the e-Voke device at the end of 2015 that will allow it to be marketed as a smoking cessation aid, although the product was not yet available for sale. Royal Pharmaceutical Society president Ash Soni told P3 that the move was â€œa positive stepâ€. Pharmacists should choose to recommend a licensed e-cigarette product, now that MHRA has awarded the first license, he said. â€œThe RPS position has been that pharmacists should recommend a licensed product as this has proven safety and content. As this is now the case, the RPS would expect professionals to recommend such a product,â€ he said, speaking to P3.

Ms Lau says that a pharmacy smoking cessation service should motivate the patient and give them a chance to discuss their concerns. â€œIt works well in practice to have pharmacy staff leading the service,â€ she says. â€œMake sure the service is well advertised. It may be worth looking at running group sessions as well as one-to-one sessions. For example, a drop-in clinic on a Saturday morning may attract more people because itâ€™s at the weekend and seen as a support group. Consider taking the service out of the pharmacy to reach new customers who donâ€™t visit the shop, for example to health clubs, working menâ€™s clubs, etc.â€

Sultan â€œSidâ€ Dajani, independent community pharmacist and member of the RPS English Pharmacy Board, says pharmacies need to work on the groups that are hardest to approach, such as those with mental health problems and pregnant women. â€œTarget specific customers by looking at the medication they are taking,â€ he says. Some mental health problems could be making them more likely to smoke.

â€œPut adverts in GP surgeries about the pharmacy services on offer, because quite a few surgeries have stopped their smoking cessation clinics. Many long-term smokers see smoking as their lifestyle choice, so itâ€™s a case of working out what each personâ€™s motivational trigger is. It could be the effects of smoking on their children, for example. Find out what theyâ€™ve used in the past and why this hasnâ€™t worked, so they can try something different.â€

Giving up smoking is difficult and many people make several attempts before they succeed. The side effects from smoking cessation can make this process even harder. According to Aloclair alcohol-free gel, mouthwash and spray, two in five quitters will suffer from mouth ulcers, which can be painful and last for weeks.

Only one out of 10 quitters knows that stopping smoking can lead to mouth ulcers and even fewer people know there are solutions to help deal with the pain. Consider adding such products to the smoking cessation section, suggests the brand.

Vishal Mahru, VM Pharmacy, Leicester â€œWe prefer to recommend NRT patches and aids. We donâ€™t really do any e-cigarettes because there is no real clinical directive around them, despite there being a lot of vapesticks and e-cigarettes on the market. The main NRT products we recommend are the patches, but we tend not to hold that much stock. This area is quite affluent and there arenâ€™t too many smokers. NiQuitin tends to be our best seller when we do get demand. We did sign up to the stop smoking service at one point, but we didnâ€™t see many people so we stopped it again. You need a certain volume of people to warrant offering the service and we just werenâ€™t hitting that in this area. We try to provide as much lifestyle advice as possible. E-cigarettes seem to be the product that people want but thereâ€™s so little research and information around this.â€

Rena Dadra, Village Pharmacy, Harlington â€œWe offer the Nicolites range, because when customers ask after these sorts of products, Iâ€™d rather have them buy them from us and know itâ€™s the correct thing, instead of them buying it from a market stall where thereâ€™s no advice to go along with it. The worst thing is that people can still be smoking at the same time and think itâ€™s safe to do both. We tell them all about our stop smoking service and everything else they can do to quit. Weâ€™ve had quite a few say theyâ€™ve stopped smoking cigarettes and moved totally onto e-cigarettes. It hasnâ€™t affected our NRT sales, but weâ€™ve managed to sign up more people to the stop smoking service with the help of the Nicolites, so that can only be a good thing. The limited information from we get from all the bodies is quite frustrating.â€

Shaheen Bahtia, P&S Chemist, Ilford â€œWe donâ€™t stock e-cigarettes because of the uproar about the licensing, although a few customers have asked why we donâ€™t have them. We tell people to make sure they buy from somewhere reputable and warn them that until they are licensed, they canâ€™t be sure about the quality. We offer a full NRT service and people go to the local free NHS service, too. The problem is that with the cutbacks, the smoking cessation service is also being reduced. We need these services. On their own, people have a very low quit rate, but itâ€™s with the one-to-one consultations that you see real changes and the big differences being made.