Half of people say that they experience some kind of digestive discomfort. What's new in the category? 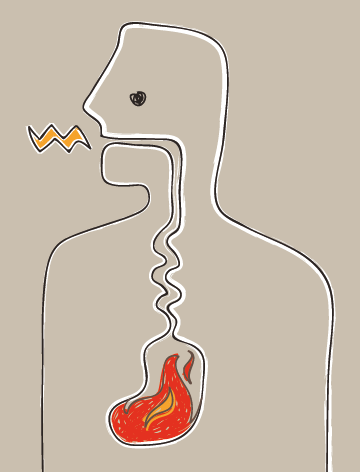 Digestive health complaints such as diarrhoea, constipation, indigestion and heartburn affect one in four Britons at least once a month, according to a poll released for this year’s Gut Week. Digestive disorders impact on quality of life and account for more than 10 per cent of GPs’ workloads.

“Christmas is a key time of year for the digestive category in pharmacy as rich foods trigger heartburn and indigestion and when customers can really benefit from your advice,” says Anne Dawson, senior brand manager for Gaviscon.

Stress can influence digestive health. A survey carried out for Potter’s Herbals found that 21per cent of people cited stress as a key trigger of digestive problems, including IBS, which a third believed was directly caused by stress.

Market research company Mintel also identified stress as a common factor in increased incidence of GI health complaints. “Creating campaigns that promote stress reduction as a long-term treatment for GI health issues can help brands to position themselves as part of a broader approach to good health,” it says. Pharmacist Shaheen Bhatia from Careway pharmacy P&S Chemist in Ilford, London, says: “We’re seeing IBS becoming more common in younger people, even among teenagers who are stressed about exams.”

Despite increased emphasis on the role of diet and nutrition in our health, almost half of adults who experienced GI symptoms in the past year said they didn’t worry about the consequences of what they ate. “Our diet is changing and we eat a far wider variety of foods than ever before,” says Professor Julian Walters, consultant gastroenterologist at Imperial College and co-author (with health journalist Jo Waters) of What’s Up With Your Gut?

“There is also lots of generalised advice about healthy diet that doesn’t suit everyone. For example, a high-fibre diet may be good for most of us, but if you have slow-transit constipation, where the gut doesn’t move food at normal rate, more fibre will make it worse.”

There are still taboos surrounding areas of GI health, and constipation is one of them. Research by Coloplast found that being unable to manage constipation effectively is leading to thousands of hospital admissions each year. During 2014–15, 66,287 people were admitted with constipation as the main condition, at a cost of £145 million. The research found embarrassment was a key factor, with one in five saying they wouldn’t want to discuss it with their GP. The survey also highlighted a lack of understanding about constipation and how to treat it. “Pharmacy staff can help by identifying customers who frequently buy OTC GI remedies, such as laxatives, antacids and PPIs, and finding out if they’ve had a proper diagnosis,” says Professor Walters. “They should only be using these sorts of medicines for a few days a month.”

Make sure your staff are fully trained and updated on GI health and know when to refer to the pharmacist,” says Ms Bhatia. “Customers will sometimes say they took something from their GP that helped but can’t remember the name. We can now check their summary care record to see what was prescribed and offer an OTC version after a consultation. We’re lucky to have a minor ailment service in our area, which covers heartburn, so for those who qualify we can offer an antacid remedy.”

“Increasingly, we see customers with chronic digestive disorders such as IBS, Crohn’s and coeliac disease,” says pharmacist Will Hughes from Alphega member Llanbedrog Pharmacy. “These may require closer monitoring and support. Counter staff are the first point of contact for customers and have the opportunity to discuss digestive health. Running an awareness campaign is a great way to promote good digestive health and identify areas of concern. Ask customers ‘Do you mind if I ask you a couple of questions about your digestive health?’ to start the conversation.”

Professor Walters advises pharmacists to keep up-to-date with the latest medicines for digestive health problems. “Be aware of the repurposing of drugs for gut health problems,” he says. “For example, amitriptyline for IBS pain as well as depression, colestyramine for bile acid diarrhoea as well as reducing cholesterol. Milk of Magnesia makes a good gentle laxative when taken in a small daily dose as it softens stools.” And make customers aware that a change in bowel habit can be caused by medication, such as NSAIDs and codeine.

Sales of GI health remedies have increased in recent years and are now worth £228 million. This is thanks to growing consumer awareness, says Mintel. The category grew by 5.4 per cent last year and was largely driven by upset stomach, IBS and indigestion remedies. However, there is plenty of room for further growth as only 29 per cent of those who’ve experienced GI problems or made purchases will keep them to hand, with 44 per cent only purchasing when needed.“

Lila Thakerar, pharmacist at Shaftesbury Pharmacy in Harrow, has this advice for the digestive category.

Ms Bhatia has this advice:

Mr Hughes has this advice:

“Your shelf needs to be merchandised for selfselection by strength, format, flavour and price,” says Ms Dawson. “Brand name is one of the top decision-making factors, so merchandise brand leaders at eye level. And have an offering at the pharmacy counter to prompt purchases.”

Sara Baco, Avicenna Pharmacy, Braintree “We see more queries for digestive health at this time of year, as people are more inclined overdo it with food and drink. People tend to come in asking about symptoms, rather than to request a specific product. They may be taking something already that hasn’t helped, or their digestive symptoms are being caused by other medication. Gaviscon is our biggest seller, Nexium is also important for our pharmacy and we’ve been giving IBS sufferers trial packs of the Alflorex supplement. We try to draw customers’ attention to the help they can access through pharmacy, rather than have them visit their GP unnecessarily. Whenever we’ve referred people to the GP there’s been a serious condition, so it’s really important that do that.”

Ali Hashemian, Avicenna Pharmacy, Swindon “Reflux and indigestion definitely bring a lot of people into the pharmacy, with Gaviscon the most popular brand requested. We don’t do too much to promote sales in this category. To be honest, I think it’s better when patients don’t just pick something up continually – as the condition may need to be investigated by a doctor. There could be an underlying problem that’s causing people to experience these symptoms repeatedly. I think there should be a warning saying that people should only buy these products after speaking to a doctor or pharmacist. Other digestive complaints we get queries about are as constipation and diarrhoea, and IBS, which are usually dealt with by the doctor. We give out a lot of lifestyle advice to help people manage their digestive health.”

Mithun Makwana, Avicenna Pharmacy, Bristol “This is one of the most common condition areas that we see all year round and antacids, such as Gaviscon, go out a lot over the counter over the Christmas period. We’ve recently had a promotion on Enterosgel, which helps the normal gut flora and can help ease symptoms for people with IBS or IBD who are taking long-term omeprazole or PPIs. People usually don’t know quite what product they should take and when they look at the digestive category shelf there is a lot of choice: Gaviscon, Rennie, Nexium and so on. Looking out for ‘red flag’ symptoms should be the top priority: dysphagia, unexplained weight loss and blood in the stools, which must be referred. Diet and lifestyle can have a big impact on digestive health and we always mention the impact of alcohol and smoking as well.” 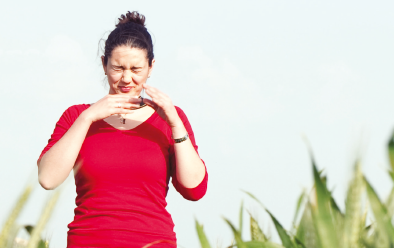