Life expectancy and health continue to be poorer for men than for women in the UK. We look at the common threats to menâ€™s health and how pharmacy staff can help

In Britain the rate of premature death among men remains high, at one in five aged 16-65 and two in five under 75, according to the Menâ€™s Health Forum. Men are more likely to die of cardiovascular disease and cancer, middle-aged men are twice as likely to have diabetes, some 67 per cent are overweight or obese and four in five suicides are by men.

Men are also more likely to lead an unhealthy lifestyle, with higher smoking and alcohol consumption. We know that men are less likely to visit their GP, a pharmacy or have an NHS Health Check or screening test. They are less clued up about health matters â€“ one study found men are twice as likely as women to have inadequate health literacy. Research by TENA Men found that 58 per cent of men donâ€™t talk openly about their health, with up to 90 per cent choosing to ignore a health concern.

â€˜While 53 per cent claim they do not worry about their health as much as women, a quarter said the fear of treatment holds them back from discussing common health concerns like bladder weakness and prostate problems,â€™ says Donna Wilson, TENA training & brand manager. An NPA study found that 23.1 per cent of men compared with 15.6 per cent of women admit their understanding of medicines is poor, and are twice as likely to take a new prescription medicine without seeking advice or reading the leaflet. Men only visit a pharmacy on average four times a year, compared with 18 times a year for women, according to the NPA. 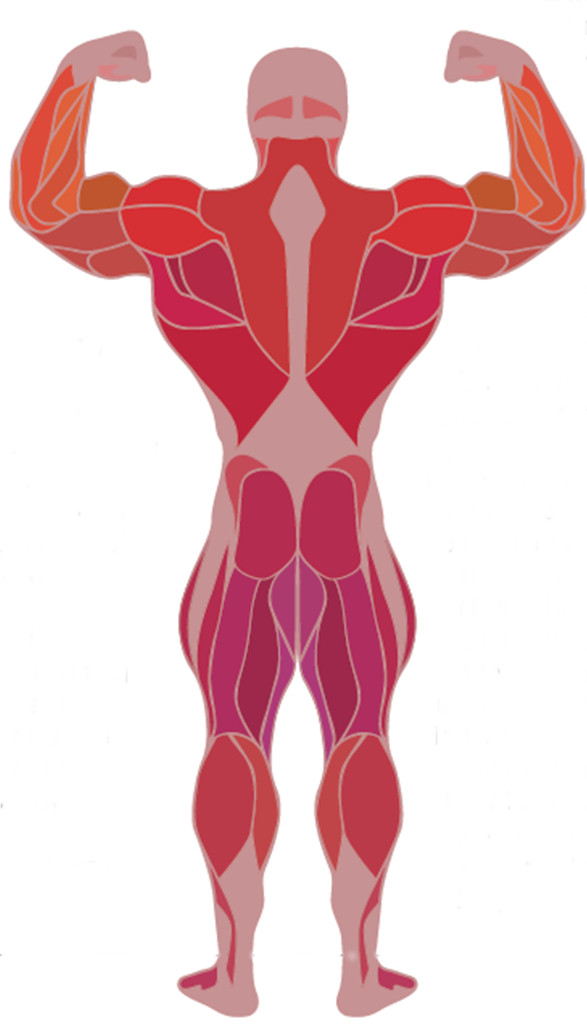 â€˜I think work is a big obstacle to men seeking help for health concerns. Men are still twice as likely to work full-time as women and also to commute further. There is less recognition and awareness of health problems among men,â€™ says Colin Penning at the Menâ€™s Health Forum. â€˜However, I think pharmacists are missing a big opportunity with men as they profess to like anonymous, flexible services â€“ exactly what community pharmacies provide. But there is such a low level of awareness of the extra health services pharmacies can offer, and men also complain that pharmacy stores are too feminine.â€™

Heart disease is the leading cause of death in men aged 50 plus, according to the Office for National Statistics, with more than 36,000 deaths in 2013. Almost one in six men die from CHD compared with one in 10 women. â€˜Women are protected by the hormone oestrogen until after the menopause. Smoking rates are higher in men than women and this increases their risk,â€™ says Julie Ward, senior cardiacnurse at the British Heart Foundation. Other risk factors include diabetes, being overweight and being inactive.

Some 67 per cent of men are overweight/obese in the UK compared with 57 per cent of women (HSIC 2015). Using combined BMI and waist circumference to assess health risk, 18 per cent of men are at increased risk, 13 per cent at high risk and 23 per cent at very high risk. Despite these facts, men are less likely to participate in weight loss programmes, says the MHF. Tam Fry at the National Obesity Forum comments: â€˜Pharmacy staff can tactfully talk to male customers in a nonjudgmental way about weight. Try and steer the conversation towards weight.

If you donâ€™t run a regular weight loss clinic/service, youâ€™ll have to do this opportunistically. Use your consultation room, but donâ€™t appear threatening when you propose this.â€™ A research group at Aberdeen, Bournemouth and Stirling universities has conducted a systemic review of evidence relating to interventions aimed at tackling obesity in men. They identified the following common obstacles to engaging men in weight loss programmes:Â

â€˜Men often have the philosophy that if they feel OK, thereâ€™s no need to worry about weight. We know that health risk is more of a motivator than appearance for men,â€™ says Mr Fry. â€˜A personal conversation is more effective than posters or leaflets. Pharmacists are respected health professionals and men will take notice.â€™ He says that men are often unaware of the potentially serious health risks associated with being overweight.

â€˜Itâ€™s important to explain the various health problems they risk because of their weight, and then tell them the options for losing weight sensibly.â€™ The MHFâ€™s â€˜How to make weight loss services work for menâ€™ report has these tips to pass on to service providers:Â

Around 56 per cent of adults diagnosed with diabetes are men, says Diabetes UK. Obesity is the biggest risk factor, accounting for 80-85 per cent of overall risk. â€˜Men also tend to store fat around their middle and a large waist is an important risk factor,â€™ says Natasha Marsland, clinical advisor at Diabetes UK. Men aged 50 plus are almost twice as likely to have undiagnosed type 2 diabetes than women.

â€˜Integrating community pharmacyÂ into the care of people with diabetesâ€™ is a document produced by the RPS. Iâ€™d urge pharmacy staff to make themselves aware of this important resource. In addition to promoting the NHS Health Check, they can encourage men to eat healthily, increase physical activity, stop smoking, reduce alcohol intake and manage their weight,â€™ says Ms Marsland.

â€˜Pharmacists can play a role in carrying out NHS health checks, which will help identify the 11.5 million people at high risk of developing type 2 diabetes. Men are often reluctant to see their GP, so pharmacists play a key role in getting men to take their health seriously.â€™

â€˜In the UK, men are more likely to develop and die from cancer. Lifestyle could play a role as surveys show that men tend to have less healthy lifestyles. We know that four in 10 cancers could be prevented,â€™ says Sarah Williams, Cancer Researchâ€™s health information manager.

â€˜Giving men the right information, advice and support to help them adopt healthy lifestyle changes long term is key. Pharmacists can play a key role in beating cancer sooner â€“ from supporting people to make healthy lifestyle choices to raising awareness of the importance of visiting the GP if people notice unusual or persistent changes. They can also ensure they are aware of the screening programmes available.â€™

Some 22 per cent of men and 17 per cent of women in Britain smoke. Prevalence is highest in the 25-34 age group. Around two in three current smokers would like to quit, but only 30-40 per cent make a quit attempt each year, says Action on Smoking and Health (ASH). Smoking is the primary cause of preventable illness and premature death in the UK, says ASH.

â€˜Pharmacists are well placed to give friendly, informal advice to male customers who may be reluctant to visit their GP about smoking. Clear signage to indicate that confidential advice can be offered with help customers overcome nervousness about taking that first step to seeking help,â€™ says Amanda Sandford at ASH.

Almost four in five suicides are by men and itâ€™s the biggest cause of death in men under 35. â€˜Men are just as likely to experience depression, but far less likely to seek support. Mind research showed that almost a third of men would be embarrassed about seeking help for a mental health problem and less than a quarter of men would visit their GP if they felt down for more than two weeks, compared to a third of women,â€™ says Stephen Buckley, head of information at Mind.

â€˜Pharmacists should be aware of the signs of mental health problems. There are common things to look out for such as prolonged experience of: problems sleeping (too little or too much), feeling low, difficulty concentrating and withdrawing from social contact. There are also some typically male symptoms to watch for such as aggression, drinking or taking recreational drugs.â€™ Mr Buckley advises: â€˜Pharmacy staff could look to promote more men-only support groups or signpost to GPs offering computerised cognitive behavioural therapy, an anonymous online service which some men find easier than talking face to face with a therapist.â€™

Menâ€™s Health Week starts on 15 June. â€˜Itâ€™s a great opportunity to try something different for your male customers and find out what works for your pharmacy,â€™ says Colin Penning at MHF. This yearâ€™s campaign will focus on healthy living challenges and encourages men to:

Ashley Cohen, Pharm-Assist (Healthcare), Leeds â€˜Iâ€™d say that a lot of pharmacies pay lip service to menâ€™s health, but itâ€™s an important area. We now have a section for menâ€™s grooming and healthcare, which has helped boost sales, and weâ€™ve got advertising for aftershave, haircare products, deodorant and multivitamins aimed specifically at men. Gone are the days when men werenâ€™t interested in grooming. It used to be that people only wanted one type of deodorant, but now it seems like men want more variety. Weâ€™ve also noticed that more men have become vocal about their health issues. Men donâ€™t seem to mind talking about their diabetes or their blood pressure; theyâ€™re not that stubborn as a group now as they might have been five or 10 years ago. Itâ€™s not the largest area for pharmacy, but itâ€™s a growing market.â€™Â

Coll Michaels, Calverton Pharmacy, LutonÂ We get very few men coming in asking for products or advice. So, to be honest, itâ€™s not a major category for us. The men that do come into my pharmacy usually ask for backache remedies. We have more older men than young men in the area. Very few ask for vitamins of any kind, but of that category, Vitabiotics would probably be our best seller. In particular, vitamins and supplements is a really hard category to boost sales in, Iâ€™ve found. Iâ€™ve tried increasing space for the category and have also trained and incentivised staff around the category. But we still really struggle to encourage customers to buy vitamins and theyâ€™re a difficult retail proposition for my shop. I cannot tell you how many expired vitamins Iâ€™ve had to throw away: probably as many as I sell.â€™Â

Michael Ball, Broadway Pharmacy, Preston â€˜Pharmacists need to make more of the fact that theyâ€™re easily accessible to men and champion the private consultation areas to discuss sensitive topics, such as erectile dysfunction, with men. We have a longstanding rapport between staff and customers and this allows men to feel more at ease discussing health concerns with us. All our staff are trained in brief intervention skills, to help initiate conversations about health. We offer a healthy heart service, drink awareness advice service, weight loss clinic and smoking cessation service, all of which are popular with our male customers. Weâ€™re launching a new website and improving our social media presence to tell people about our health services.â€™Â