Seven ways to encourage men into your pharmacy

Seven ways to encourage men into your pharmacy

This yearâ€™s Men's Health Week (13 to 19 June) has the theme of â€œBeat stressâ€. According to the Menâ€™s Health Forum, one in four men develops a mental health problem each year, and suicide is now the biggest cause of death for men under 35. But many men donâ€™t recognise the warning signs of mental health problems or, even if they do, are reluctant to seek help from support services or healthcare professionals. 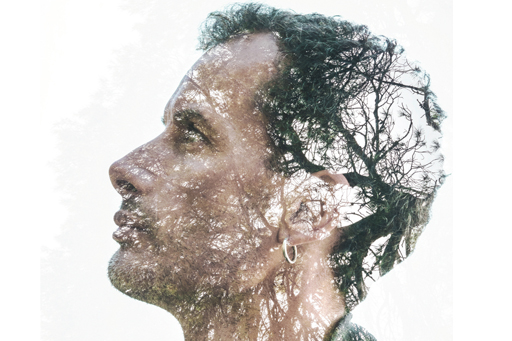 Tackling any aspect of menâ€™s health is often a challenge, as most men donâ€™t discuss their symptoms. â€œRecent research from TENA Men has revealed that one in two men in the UK doesnâ€™t openly talk about his health, with up to 90 per cent choosing to ignore a health concern in a bid to avoid discussing their worries,â€ says Donna Wilson, TENA training and brand manager. â€œFor many, itâ€™s the prospect of discussing uncomfortable health problems thatâ€™s driving a reluctance to seek help, with many men now opting for alternative methods of diagnosis.â€

Itâ€™s well established that men are less likely than women to visit their GP or pharmacy when thereâ€™s something wrong. And many see the pharmacy as a feminine environment, so donâ€™t step over the threshold. So how can pharmacies encourage men of all ages through their doors?

Sultan â€œSidâ€ Dajani, independent community pharmacist and member of the RPS English Pharmacy Board, says certain categories will attract different age groups into the pharmacy. â€œMales in their teens and 20s may come in for acne, grooming, sports injuries/sports nutrition, oral care and smoking cessation,â€ he says. â€œThose in their 30s and 40s may start using the pharmacy for hayfever, painkillers and coughs and colds. The 50s and 60s is when chronic health conditions set in, so theyâ€™ll come in for anything that affects their quality of life, such as digestive problems or aches and pains. The over-60s tend to be under a GP anyway and on long-term medication.â€

Health promotion posters and POS material are often aimed at women or parents. Very few include pictures of men or cover male-specific issues, other than grooming. Justine Greenwood, learning and developmental pharmacist at Rowlands Pharmacy, says pharmacists need to raise awareness of what they can offer male customers. â€œMale bladder weakness products are underused, as well as Flomax for benign prostatic hyperplasia,â€ she says. â€œPharmacies need to get the message across that products are available and they can help. Itâ€™s the middle age groups in particular who could benefit from stop-smoking services, cancer awareness, etc.â€

According to Ms Wilson, with one in four men over 40 experiencing urine leakage, the male market is an emerging trend that pharmacists should look to take advantage of. â€œMany men still assume that bladder weakness products are only available for women, so increasing visibility is the best way to encourage more men into the category,â€ she says.

If men wonâ€™t come to the pharmacy, Ms Greenwood suggests taking the pharmacy to them. â€œVisit pubs, rugby matches and workplaces,â€ she says. â€œUse social media to track them down. Pharmacies need to find innovative ways to engage men, using their main interests, such as sport or work. Look at the best ways to communicate to men and open up dialogue. Draw on existing communication skills to discuss a wider range of health issues beyond the range of pharmacy products.â€

Daniel Herman from Bio-Synergy says more and more men over 35 are taking up cycling, triathlons and obstacle course races. â€œMany think about which sports nutrition products they should use both for preparation and during an event,â€ he says. â€œThe local pharmacist is in a position to provide advice and to offer blood pressure testing, which some races insist on prior to entry.â€

Andy Hawkyard, marketing and communications manager at Patterson Medical, says the age range of people looking for sports physio brands is surprisingly diverse. â€œA wide range of age groups are taking up activities such as Parkrun,â€ he says. â€œBiofreeze offers free sachet samples to encourage trial for patients in chronic pain or suffering from sports injuries. Our customers can range from older adults suffering from arthritis and back pain to sports participants looking for drug-free pain relief.â€

According to Mr Dajani, men normally come into a pharmacy for a specific reason and donâ€™t look beyond that. â€œMen tend to be far more blinkered than women,â€ he says. â€œTheyâ€™ll come in for a prescription, whether for themselves, their partner or children, but wonâ€™t look at anything else. They donâ€™t browse. Menâ€™s products need to be near the till where they can see them as theyâ€™re waiting to pay or speak to the pharmacist. If theyâ€™re hanging around the till, this is an ideal opportunity to start a discussion about key topics, such as weight management, flu vaccines and medicines use reviews.â€

According to National Smile Month, one in four adults doesnâ€™t brush twice a day, including a third of men. â€œMen tend to be much slower in replacing their toothbrushes, with 19 per cent stating that they use the same brush for more than a year,â€ says Elaine Tilling, TePeâ€™s clinical head of education. â€œSo itâ€™s important to remind male customers of the importance of changing their toothbrush as often as possible. In terms of dental products used every day, men use floss and interdental brushes, such as TePe, significantly less than their female counterparts (perhaps contributing to the higher levels of gum disease among men). Educating them on the importance of regular interdental cleaning is essential to help make this habit a part of their routine and return for repeat purchases.â€

7. Tie in with public health campaigns

Not all male cancers affect older age groups. Testicular cancer usually affects men between the ages of 15 and 49. According to AXA PPP healthcare, 60 per cent of working men donâ€™t check themselves regularly for signs or symptoms of cancer, with 42 per cent stating that they didnâ€™t know what to look for. â€œToo often we hear of cancer sufferers who werenâ€™t aware of the signs or symptoms of the disease and didnâ€™t go to see their doctor about them,â€ says Sharon Lidstone, head of clinical services at AXA PPP healthcare.

Ashley Cohen, managing director, Pharm-Assist (Healthcare) â€œThese days, men donâ€™t seem to mind talking about their diabetes, or blood pressure, and weâ€™ve noticed more men becoming vocal about their health issues, certainly over the past few years. Theyâ€™re not that stubborn group they might have been five or 10 years ago. We get a lot of men in our branches and we now have a section for menâ€™s grooming and healthcare, which has helped boost sales. We signpost that aisle and make sure they know that that area is specifically for them. Itâ€™s an important area and a growing market. Gone are the days when men werenâ€™t interested in grooming: men are coming in for a wide variety of things from multivitamins to hair products â€“ including a wide variety of grooming products such as razors, shaving products and hair dye. It used to be OK to have only one type of deodorant, for example, but now it seems that men want more variety across the range; more or less duplicating what we have when it comes to the female range.â€

Nemesh Patel, Day Lewis Pharmacy, Chelmsford â€œAlthough this sector has always been a challenge for community pharmacy, I believe if you focus on common menâ€™s health issues and place more importance on them, you can reap the benefits in your retail growth margins. Hair loss, smoking, stress, fatherhood, energy and vitality are a number of health issues that men want support with. Enticing men into the pharmacy through online and window marketing has proved successful for our pharmacy and with an enhanced footfall, our team are ready to discuss menâ€™s health issues and are competent at taking the embarrassment out of discussions. Our team have undergone in-house soft-skill training, enhancing both their verbal and non- verbal communication skills and this has had a knock-on effect on their ability to hold consultations with men. Product knowledge and offering one-on-one advice has made all the difference. Men are typically impulse buyers, so we stock male grooming products close to the counter, such as Lynx, Nivea and Gillette.â€

Fiona McElrea, Whithorn Pharmacy, Whithorn â€œWe donâ€™t do all that much specifically with the menâ€™s health category if Iâ€™m honest. Quite often youâ€™ll find itâ€™s partners or mums or other family members who are coming in on behalf of men. We have multivitamins and age-specific vitamins on the shelves, but not any male-specific ones. We have quite a high elderly population and we tend to find that elderly men are more used to seeking advice from a GP. For example, men with prostate problems would tend to see a GP about that rather than a younger female pharmacist. The one thing we have seen an increase in is the male incontinence products since TENA has run a campaign for its products and brought out a menâ€™s range. The menâ€™s pants range seems to suit the men we see. On the whole it is still women who come in to buy the products for their husbands here. A lot of the men who come in for prescriptions do ask for advice on various things, but it does tend to be advice and not a product that they are after.â€