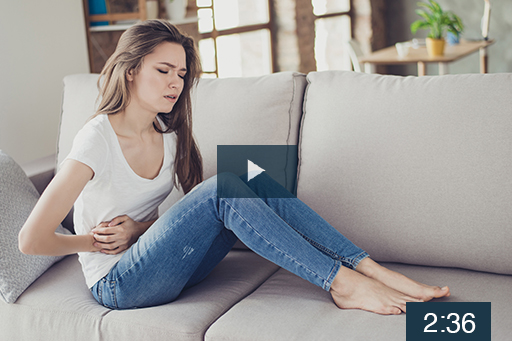 In the UK, one man in five dies before he reaches age 65. Recent research from TENA Men has revealed that one in two men in the UK doesn’t openly talk about his health, with up to 90 per cent choosing to ignore a health concern in a bid to avoid discussing their worries. This year’s Men’s Health Week takes place from 12 to 18 June, and provides an ideal opportunity to broach health-related issues. But pharmacies will only benefit from taking part if they can entice more male customers in-store.

One in seven UK men says he would be most likely to seek health advice from his local pharmacist. However, Dawn Williams, head of customer development at Celesio UK, including Careway, suggests men are still seen as the least engaged audience among pharmacy customers. “It seems enough isn’t done to target this market,” she says. “As we see changing trends, with men increasingly interested in health, fitness and wellbeing, pharmacies should try and maximise the interactions they have with male customers and use a variety of ways to target them.”

Start with the basics

A community pharmacy is often seen as a more female-friendly zone, and frequently the customer-facing staff are women, which could put men off discussing private issues. “The problem often lies in men being reluctant to come into a pharmacy in the first place,” says Ms Williams. “So, pharmacists may want to consider window displays that highlight products and services that are relevant to this audience. Use every opportunity to ask men about their general health, even if they have just come in for painkillers, and link in a relevant health service they could try. Ask if they know they can get their blood pressure tested or heart health checked, so at the very least pharmacy staff raise awareness of the services available in store.”

This year, Men’s Health Week is focusing on belly fat, a key men’s health issue. “Men’s Health Week is an ideal opportunity to piggyback on a national campaign,” says Ms Williams. “You could think about offering a ‘well man’ clinic with blood pressure, diabetes and cholesterol tests, for instance. If you are able to spot a medical condition that requires further treatment, then it is likely you will have a loyal customer for the future.” It’s an opportunity to give advice about keeping active, sport and exercise, and lifestyle changes.

Abdominal fat can surround vital organs, which increases the risk of long-term health concerns, especially as men get older. Dr Sharief Ibrahim, consultant physician at The Vitality Clinic, says weight management in men over 50 is more challenging due to physiological changes in body composition. “By their mid-40s, men start to accumulate fat and lose muscle,” he says.

“This is paralleled with a decline in insulin sensitivity and drop in basal metabolic rate (the amount of energy expended while at rest). These changes result in a disturbed hormonal balance: high levels of insulin leptin and cortisol while growth hormone and testosterone levels decline. These physiological changes are typically aggravated by a decline in physical activity in this age group, together with increased levels of stress and the tendency to depend on processed and frozen food for convenience.”

A lack of motivation to seek help can lead to delayed diagnosis for men. Alison Cullen, A Vogel education manager and nutritional therapist, says men are generally less well informed about health issues, so spot possible symptoms later than women tend to. “Men are less likely to consult their doctor, even if they do spot something amiss,” she says. “They aren’t as likely as women to worry about their diet, but making good dietary choices can make a big difference to many life-threatening conditions such as heart disease. Historically, men have been more likely than women to smoke, drink and eat too much.”

According to Donna Wilson, TENA training and brand manager, the prospect of discussing uncomfortable health problems is driving many men to opt for alternative methods of diagnosis. “The rise in the number of men looking for information on diagnosis websites, the NHS online, as well as in books and leaflets, represents a growing hunger for health information, yet increasing numbers are opting for self-diagnosis,” she says. “While 53 per cent of men claim they don’t worry about their health as much as women do, a quarter said the fear of treatment holds them back from discussing common men’s health concerns such as urine leakage and prostate problems.”

Neil Stewart, pharmacist at Well, highlights several key areas for pharmacists and pharmacy staff to focus on. These include weight loss, fat and fibre intake, staying active, quitting smoking, alcohol intake and prostate gland protection. “Smoking is one of the main causes of coronary heart disease and also significantly impairs erectile function,” he says. “Customers are more likely to stop smoking for good if they use NHS stop smoking services or ask a local pharmacist for help.”

Erectile dysfunction is unlikely to come up in a casual conversation over the pharmacy counter. However, this could soon change. The Medicines & Healthcare products Regulatory Agency recently announced a consultation on making sildenafil available from pharmacies without a prescription.

“If this change goes ahead, it will mean more men get help to tackle a common, but very real, issue that causes them and their partners distress,” says Martin Tod, chief executive of the Men’s Health Forum. “This is also an area where many men want help so much that they’ve been prepared to buy drugs illegally. We would far rather people saw a pharmacist before getting help for erectile dysfunction rather than buying fake drugs from dodgy websites.” Erection problems can be a sign of something more serious, such as heart disease or diabetes, he points out. Pharmacists would refer when necessary, which could help detect the underlying cause of erectile dysfunction and potentially reduce heart attacks and strokes.

“Sildenafil, first launched as Viagra in 1998, has data from 15 years of prescription use, which demonstrates a good safety profile,” says John Smith, chief executive of the Proprietary Association of Great Britain.

Pharmacy teams can currently raise awareness of erectile dysfunction, its risks and management with leaflets, signposting to helpful websites,
and GP referrals.

Bina Patel, Kalsons Chemist, Westcliff-on-sea, Essex “I see men’s health as a growing category for us. We have had more older men come in; many on recommendation. I think you can make it work when you get engaged with men’s health. It’s nothing to do with being a male or female pharmacist – it’s about being in tune with the issues and people being comfortable talking to you. I’ve fitted trusses and all sorts of things; it’s never been an issue, as long as you deal with it in a professional manner and show that you’re there to help people. The key is to be patient and build up that relationship and the trust people have in you. That will go a long way to help build up your business. The men’s health conditions we see most are congestion, catarrh, athlete’s foot, prostate health and bladder weakness.”

Jess Williams, Kellaway Pharmacy, Bristol “Two years ago, we conducted an audit on men’s health and from then on decided that we would do more for this category. There is a lot of research evidence that while all health professionals struggle to engage men, community pharmacy has the greatest potential to do so. Men use pharmacies less than women and are also less willing to seek professional advice or help, sometimes to the point that it is too late. This year, we are focusing on belly fat for Men’s Health week (12-18 June). Our eye-catching healthy living zone will have a display to help start conversations and to encourage men to pick up leaflets and seek advice regarding topics, such as weight management, healthy eating, physical activity, smoking cessation and alcohol consumption. It’s all about influencing and supporting change.”

Mejebi Eyewuoma, Abbotswood Pharmacy, Yate, South Gloucestershire “With more awareness about healthy lifestyles, we have seen an increasing interest from men looking for vitamins and minerals that can help supplement their diet and enhance health and body image. As a pharmacy that promotes healthy living lifestyles, it is also important to highlight the need for a balanced diet and to discuss other issues such as smoking cessation and alcohol. Requests for the management of pain and sport-related
injuries are also common. The Valupak multivitamins are popular, as they are affordable, as is the Centrum range, and Deep Heat spray and Voltarol 12-hour gel are favourites with our customers for musculoskeletal pains.”

Dispelling myths about back pain and joint pain