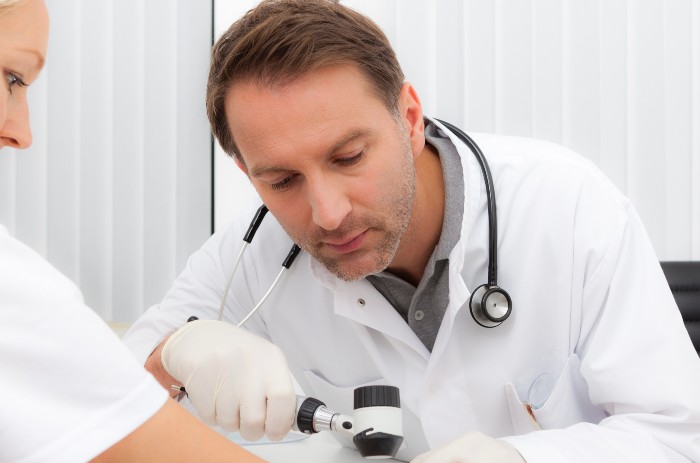 'Skin snaps' and rapid tests are among the measures being rolled out by NHS England as part of a £20m investment drive to speed up cancer detection.

NHSE announced yesterday (July 13) that it was investing the money to speed up the rollout of technology including teledermatology, in which pictures are taken of a patient's skin and sent to hospitals so skin cancer can be caught quicker. This has already been used in Leeds, York and Mid-Yorkshire.

Rapid diagnostic testing is also being carried out to spot prostate cancer, with patients being sent immediately for an MRI scan instead of waiting for an appointment with a consultant.

Another service, described by NHSE as a 'lumps and bumps clinic,' will see patients examined and given ultrasounds on the same day and nurses will provide advice and arrange referrals via a cancer symptom hotline.

The invesment is aimed at furthering plans laid out in the NHS Long Term Plan, which set a target of detecting three-quarters of cancer early.

It said referrals and cancer treatment has returned "to pre-pandemic levels" and highlighted data that showed over 207,000 people were checked for the disease in May, 100,000 more than in May last year.

Contractors given 48 hours to act on Champix recall