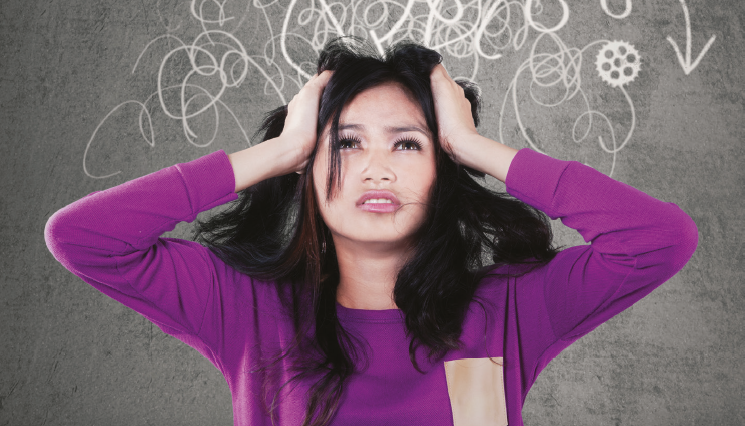 Half the adult population suffers from headaches or migraines, but are they getting the advice they need?

According to the World Health Organisation, almost half of the adult population have had a headache at least once within the past year, with at least 30 per cent of them reporting a migraine. It’s not surprising that analgesics is one of the largest and most significant over-the-counter categories in the UK, according to a Euromonitor report. In 2016, analgesics accounted for a 27 per cent share of overall value sales and current value grew three per cent to reach £614 million.

A Mintel report in January 2016 revealed that 23 per cent of adults treated their headache or migraine with an oral non-prescription remedy, five per cent with a topical remedy and four per cent sought professional help. But 14 per cent of adults questioned admitted that they took no steps to ease their symptoms.

Community pharmacies may be losing ground within the analgesics category, as UK consumers take advantage of the convenience that supermarkets offer them. Yet supermarkets don’t provide one-to-one advice from a healthcare professional. So what should pharmacies offer customers to encourage them into stores?

Pharmacy teams can help each headache and migraine sufferer discover what works for them. Dr John Janssen, consultant neurologist at brain and mind clinic Re:Cognition Health, says customers should be encouraged to review lifestyle factors that could be triggering their symptoms. “While there are no foods that have been scientifically proven to help cure or prevent migraines, it is advisable to avoid the C foods: coffee, carbonated drinks, chianti (alcohol in general), citrus, cheese and chocolate,” he says. “Stay well hydrated and drink plenty of water as headaches thrive on dehydration.”

According to Professor Roger Knaggs, associate professor in clinical pharmacy practice at the University of Nottingham and specialist pharmacist in pain management, ibuprofen is often better than paracetamol in treating tension-type headache and acute migraine. “The effects tend to last a little longer, too,” he says. However, “given the low cost and wide availability of paracetamol, it may be a useful first-choice drug for headache and acute migraine for those with contraindications to, or who can’t tolerate, non-steroidal anti-inflammatory drugs.” A Euromonitor report from September 2016 suggests that OTC triptans, although still a minor analgesic category, are experiencing good growth through community pharmacies as migraine sufferers are becoming more aware of the efficacy and availability of these pharmacy-only medicines. “OTC sumatriptan is an option for the acute relief of migraine, with or without aura, in adults aged 18 to 65 years,” says Professor Knaggs. But simple analgesics should have been tried and have been ineffective.”

Some customers may want to try natural products, especially if their symptoms are mild. Lavender sticks and cold forehead patches may help with symptom relief, but Professor Knaggs says that most customers will use them with other treatment options. Certain herbal remedies and dietary supplements may help, too. “Over recent years there has been a growing interest in more ‘natural’ treatments for migraine and headache,” he says. “Among the most commonly recommended for headache and migraine are magnesium, riboflavin and coenzyme Q10, while the most common herbal preparations include feverfew. However, the clinical evidence is often contradictory.”

Some research has linked vitamin deficiency with migraine. In a recent US study, a high percentage of children, teenagers and young adults with migraines had mild deficiencies of vitamin D, riboflavin and coenzyme Q10. A recent three-month trial involving Migraine Action members and BetterYou Magnesium Oil spray found that half of the migraine sufferers felt that the magnesium spray had a positive effect on their migraine experience.

In May 2016, NICE looked at the role of transcutaneous electrical stimulation of the supraorbital nerve for treating and preventing migraine. NICE concluded that while there isn’t yet enough evidence to prove how well this treatment works, there are no safety concerns, so healthcare professionals can discuss the treatment if patients ask for advice. Since then, BHR Pharmaceuticals has announced the launch of the next generation of Cefaly, with design modifications to provide a greater level of convenience for users.

“Despite its high prevalence and individual as well as societal burden, migraine remains underdiagnosed and undertreated,” says Bharat Vadukul of BHR Pharmaceuticals.

“In recent years, the options for the management of migraine patients have greatly expanded. A number of drugs belonging to various pharmacological classes and deliverable by several routes are now available both for the acute and the preventive treatments of migraine. Nevertheless, satisfaction remains low in many subjects because treatments are not accessible, not optimised, not effective or simply not tolerated.”

Research suggests that nearly three-quarters of parents turn to pharmacy for advice on childhood headache, with 72 per cent seeking recommendations on appropriate treatments and medicines.

However, the survey among pharmacists by Nurofen for Children and Migraine Action has found they may lack confidence in managing the condition. Only one in five pharmacists feels very confident recommending products for children’s headache and less than a third feel very confident in recognising when to refer a child to another healthcare professional.

Nurofen for Children and Migraine Action have produced training materials for pharmacists with practical guidance and information on recognising and managing children’s headaches, as well as a leaflet for customers.

“Paediatric headaches are extremely common and most children get headaches for the same reasons as adults,” says Dr Ishaq Abu-Arafeh, consultant in paediatrics and paediatric neurology.

“There are lifestyle measures you can suggest to parents to manage childhood headache, such as applying a cool, damp cloth, avoiding aggravating factors such as light or noise and encouraging rest, but it is also important to recommend patients treat promptly with an age-appropriate analgesic and take the highest recommended dose when headaches do occur,” he comments.

Sara Baco, Avicenna Pharmacy, Braintree “The most frustrating thing in this category is when people say they get headaches unless they take a painkiller, when they’re addicted to the codeine. They then sometimes don’t like our advice to cut these out gradually to reduce the occurence of headaches. Popular products in the category include Solpadeine Plus, and Combogesic, which combines paracetamol and ibuprofen, has also been quite popular, particularly with older people as it can be easier to take. We will always try to identify a lifestyle factor that may be causing the customer’s headache. For example, if someone has dry eye we would recommend they have their eyesight checked or suggest they may be spending too long staring at a screen.”

Ali Hashemian, Avicenna Pharmacy, Swindon “This category is definitely very important to our business and we have a lot of queries around pain. The most important points to cover are the usual WWHAM questions: how long they have had the problem, whether they have already tried any medications and so on. Brand loyalty is a big factor in this category. In terms of frustrating things about this category, we no longer stock Imigran, which was a great product for migraines, and there are a few other medicines that have been discontinued. We’re really limited to ibuprofen, paracetamol and codeine, although there are a few topical products that can be applied to the forehead to help relieve tension headaches.”

Mithun Makwana, Avicenna Pharmacy, Bristol “As a healthy living pharmacy, we try to advise people on lifestyle factors that may be contributing to their headaches. Culprits can include certain foods, such as cheese or chocolate. We view the patient’s query in terms of the NICE stepwise model for managing mildto- moderate pain with analgesics, which involves starting with the mildest treatment available. Lower down the ladder there are paracetamol and ibuprofen, and I usually recommend a generic form. For migraine, we would often recommend something with codeine – though with caution. The other thing to bear in mind is red flag symptoms that you would need to refer to a GP, such as a sudden, very severe headache, or headache that presents with fever or stiffness in the jaw.”

Looking after hair and scalp 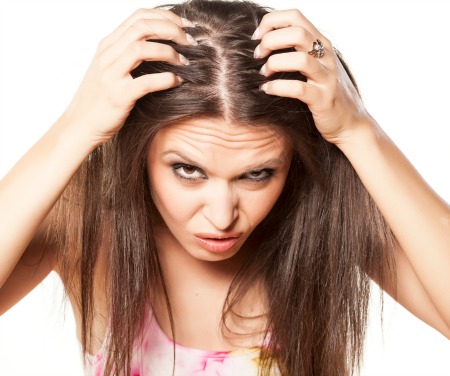 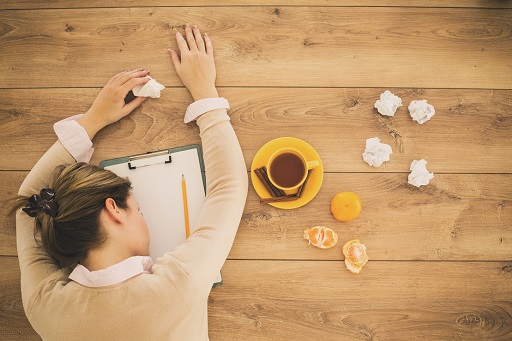 Time to recharge after winter

Topicals cash in on self care trend