We want to be seen as a force for good

Activity at the Company Chemists’ Association is about to step up. What contribution might the organisation make to the wider picture? P3 finds out more

Ex Boots pharmacist and manager Malcolm Harrison has joined the Company Chemists’ Association (CCA) as chief executive this year “to build up the capability and capacity” of the organisation. Appointments are being made to regrow the body, representing the largest multiples in UK pharmacy, after a period of reduced activity when the umbrella body Pharmacy Voice was in place.

“We are now starting to dial up our operations as a trade association and as someone to represent the interests of our members ” he says. The CCA has an active board, seats on bodies such as PSNC, CPS and CPW, supports LPC representatives from CCA companies, hosts various projects, and has a public affairs role representing its members with public bodies such as the Department of Health and Social Care, NHS England and the NHS in Scotland and Wales.

“We represent over 6,000 pharmacies, about 48 per cent of the market in England, Scotland and Wales. Our members dispense about 540 million items a year.”

The CCA represents a range of large companies, giving the opportunity for a collective voice where possible. “We can’t hold a collective position on everything because our members operate a variety of business models and so sometimes they have differing views, but I think that’s good and healthy. Where we can bring things together and when we can have a collective voice the CCA can really help our members and the wider community pharmacy sector. We know that government is quite keen to work with representative bodies and trade associations.”

Looking at the wider picture, having a collective view across the profession is also key, Mr Harrison suggests. The CCA plans to work closely with other pharmacy bodies such as the PSNC, RPS and NPA, he says. With several new leaders in place, those involved have already got together for initial discussions on how we can work together, he says.

“While there is a realisation that whilst we may sometimes represent different views and different points of view, we have an awful lot in common – and why shouldn’t we work together on things? It’s important that we recognise the similarities, rather than focus on the differences.”

He was impressed by the recent All Party Pharmacy Group event and felt that those involved were largely in agreement about where community pharmacy should be moving to. “We are all fairly aligned as to where community pharmacy needs to go. Again, we are going to have our differences, but I think we should really try and focus on what we have in common,” he says.

A key item on everyone’s agenda, including the CCA, is the future prospect of negotiating for a care based contract.

The time is right to refresh the pharmacy contract in England, says Mr Harrison. “It’s a crucial time. Everybody’s really feeling the impact of recent changes in the way that pharmacy is remunerated. I think that the contract framework itself needs modernising and needs refreshing. Having a contract so heavily weighted on fees for items may not be the best solution when we need to be focusing on care.”

So how do we get into a place where we are being paid for delivering care, either by a unit of care or by providing care for a person, an individual or a population. “ The NAPC’s Primary Care Home initiative, with which he has been involved in a previous role, is a good example of what can be achieved in local healthcare systems, involving community pharmacy – where teams work together without constraints of traditional professional silos.

“So that kind of model of local communities coming together and finding solutions with the assets that they currently have, rather than trying to create new roles and come up with new things – what do we have here. How can we divide things up, and contract in a way that we all are working together.”

The idea would be a contract “in which we can all work together integrated in primary care with a focus on pulling in the same direction and utilising all of the clinical skills that are available for a local community,’” he suggests.

“I think community pharmacy and PSNC are fairly clear about how they see it could work. I think that is probably about registering patients to a pharmacy. That doesn’t mean that patients can’t move – and with modern technology patients can choose wherever they want to be. To provide care for someone you need to know about them. You need to know what medicines they are on, how frequently they take them, what happened when they went to hospital and got discharged, what do the GP notes say.”

“With contractual change the difficulty will be getting from A to B. Everyone knows where you want to get to but it’s about how to get there. The other challenge you’ve got I suppose is not everybody agrees that’s the way to go, and of course a lot of people are very concerned about change. It’s taking a leap of faith in some respects.”

The NHS needs to invest in community pharmacy, he suggests, with integration in mind. “They need to invest in digital integration. If we are going to be part of the system – which everyone says they want – then we need to be able to be part of the system. Why can’t they have access to a patient record? My personal belief is that individual citizens should have control of their own health record – my bank trusts me – why can’t my doctor trust me with my health record. And then a system where I can give permission to anyone who I want to look at my record, so they can look at it and make changes. Technology can do that, but introducing change can be difficult. Technically you could do it tomorrow, but it’s about having the will.”

“How are CCA member companies feeling about the cuts? “I think it’s safe to say that no-one is happy about the situation. For some of them pharmacy is a huge part of what they do. Some have been more public than others about how the cuts have impacted on them. But we can’t not feel the cuts. It has impacted on everybody hasn’t it.

“Don’t also forget that all pharmacies have been affected by other changes, such as changes in business rates, and the apprenticeship levy – our members are having to pay into that but struggle to get the benefit from it.”

“In the last 15 years the number of items prescribed have gone up by 40 per cent; remuneration has gone up by 8 per cent in real terms. So community pharmacy has already had to find massive efficiencies.

“As the number of items increases, and funding declines, then pressure rises – that’s the way it is. So we are trying to find better and more efficient ways to enable our workforce to operate so they don’t feel the pressure. You can’t hide from the fact that some pharmacies are prescription factories from dawn to dusk, because patients need their medicines and they need pharmacies to supply them. They are meeting market need but that can be a very pressurised environment.”

Technology and looking further into hub and spoke are important priorities for some CCA companies, he says.

Approaches to pharmacist careers also needs to change, he suggests, with needs of businesses and of individuals changing rapidly. “How can we create a future where graduate pharmacists want to come into community pharmacy because they see an opportunity for example to be able to independently prescribe, to be able to deliver care services, but also to perhaps work portfolio careers – perhaps three days a week in community pharmacy, two days in a care home and a day a week in a GP surgery. How do we open up opportunities for people to do what suits them?

“More recently we’ve seen the Taylor review of the gig economy. The working population is changing in terms of their expectations of their careers. The world has changed. We need to create careers that meet the needs of the workforce, and that’s not just pharmacy. Fewer pharmacists are going into ownership, and much prefer to be employed or be a locum.” 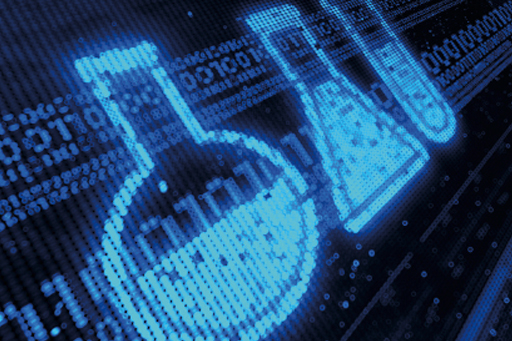 Can we do this? Yes, we can