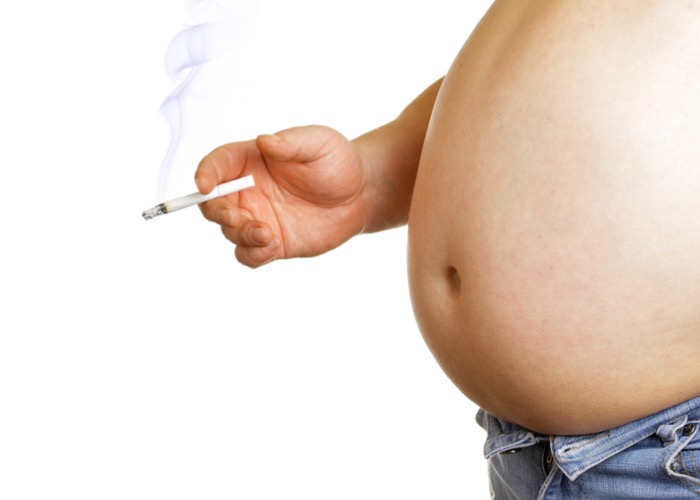 Politicians generally are getting a bad name when it comes to advice on managing the Covid-19 virus. In the UK, Grant Shapps declined to call President Trump’s disinfectant ‘advice’ rubbish, while French health minister Oliver Veran, who raised concerns since refuted by all four UK health departments that taking ibuprofen could worsen Covid-19 infections, has been at it again.

M. Veran has now decreed that French pharmacies restrict nicotine replacement therapy (NRT) sales to four weeks’ supply per patient. He is concerned people will start using NRT to protect against Covid-19 and deplete supplies for those wishing to stop smoking.

He is right to be concerned about the prevalence of smoking in France, where about 25 per cent of the population smoke. But should he be so dismissive of NRT as a Covid-19 preventer?

France will shortly begin a trial to establish if NRT might protect against Covid-19, after a recent study found you are much less likely to end up in A&E or be admitted to ICU due to Covid-19 if you smoke. The finding is of particular interest since smoking was identified early as a major risk factor for poorer outcomes in Covid-19.

Chinese researchers published early on that only 12 per cent of patients in ICU were smokers, while 52 per cent of males in the general population smoke. After questioning the quality of the data in these studies and in an apparently confirmatory American study, a French group tried to capture robust data on smoking status, Covid-19 status and degree of illness in a cohort of Parisians. Of nearly 500 Covid-19 patients who ended up in ICU, they found around 5 per cent were daily smokers.

Exactly what is going on here is unclear. The French team has speculated that nicotine potentially blocks ACE2 receptors (the same as the one blamed for the ibuprofen effect) or reduces their ability to allow the transfer of virus into the cells lining the lungs. The authors comment: “As hospitals generally impose smoking cessation and nicotine withdrawal … tobacco (nicotine) cessation could lead to the release of nicotine receptors that are increased in smokers, and to a ‘rebound effect’ responsible for the worsening of disease observed in hospitalised smokers.”

Of nearly 500 Covid-19 patients who ended up in ICU, they found around 5 per cent were daily smokers

The suggestion that a patient has a much worse prognosis in ICU when denied the nicotine they have been getting for years is very interesting. Like most studies, this one has limitations, most importantly in the speculative link between nicotine and a viral protective mechanism. But in allowing the data to form conclusions, this is a good study and good science.

There is no suggestion people should start smoking to avoid Covid-19. In this way M. Veran is right, but he should wait to see what role, if any, NRT might play. Let’s hope Trump doesn’t jump on this bandwagon before we get answers.

…And are we dying because we’re too fat?

Covid-19 is like an iceberg. We know more every day, but there’s still more we don’t know. The Chinese identified many of the risk factors for poorer outcomes back in January. Being older is the biggest risk, followed by having heart disease, lung disease and diabetes. All are mostly unalterable. But while scientists focus on vaccines, testing and contact-tracing, and we stay at home, social distancing and washing our hands raw, might it be that simply losing weight reduces the more serious consequences of the disease?

Most deaths worldwide have been in the over 70s, but obesity is emerging as a strong factor in who is most at risk of ending up in ICU, and may also explain why the black and minority ethnic (BAME) communities and the socially deprived fair less well too.

At one point last month, two-thirds of those in ICU with the infection were overweight or obese. An Italian study showed that 99 per cent of the dead there had pre-existing conditions associated with obesity. In New York, obesity was the second strongest predictor of a need for critical care after age.

The US and the UK are experiencing the largest death rates from Covid-19 infection. Half of us weigh too much; 25 per cent of us rate as obese (BMI > 30). In the US, almost half the population is obese. BAME people are more likely to develop type 2 diabetes for genetic reasons; the less well off are more likely to eat cheaper, poorer quality foods with higher levels of simple sugars.

We can at least theorise that obesity may be the central reason for poorer outcomes from Covid-19. That’s a different public policy challenge, but perhaps it’s also time to update the slogan: “Stay home, lose some weight, save lives”!