Can community pharmacy survive the challenges ahead?

Can community pharmacy survive the challenges ahead?

Numark's Mandeep Mudhar comments on the resilience of community pharmacy.

If weâ€™ve learned anything over the past few months, it is that pharmacy needs to work much, much harder to be heard â€“ and considered â€“ in an extremely noisy, politically charged environment.

Just when the sector thought that the judicial decision not to reverse the funding cuts was the height of its misfortune, a number of pharmacy representatives and prominent industry gures lost their clout in Government. 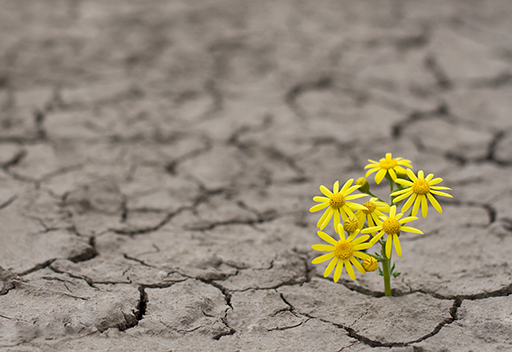 Oliver Colvile, Conservative MP and vice-chair of the All-Party Pharmacy Group, lost his seat in Plymouth Sutton and Devonport, and Jason McCartney, who was the only Conservative MP to vote against the funding cuts in pharmacy last year (when 299 of his party peers did the opposite), lost his seat in Colne Valley. Signifcantly, we also witnessed the exit of pharmacy minister David Mowat MP, opening the doors to the appointment of a new minister.

Pharmacy representation is going through a period of intense change and uncertainty. To some, it could appear that sector representation continues to weaken, just at a time when it needs to be at its strongest.

I beg to differ. The uncertainty and setbacks of recent months have created a huge opportunity for the community pharmacy sector in England to come together and for there to be one strong, representative voice. A body that puts the interests of community pharmacists, their patients and their businesses at the top of its agenda is needed now more than ever before. You only have to look at the positive engagement pharmacy has with government and other stakeholders in Scotland, Wales and Northern Ireland by having one representative body speaking on its behalf.

While community pharmacy certainly needs stronger representation across the board, it is far from being a helpless sector.

The main reason for this is the inherent ghting spirit that is so unique to community pharmacy. The sector is hugely invested in the wellbeing of local communities and the principles of entrepreneurship, making it, by default, incredibly resilient.

Times are tough, but, if anything, I think community pharmacy will become much stronger than it has been in recent times. It may not happen in the next six or 12 months, but it will eventually.

In addition to a shift in representation, itâ€™s likely that a key part of change within community pharmacy will come through the sectorâ€™s ongoing commitment to The Community Pharmacy Forward View. Despite the current circumstances, the survivors in pharmacy will undoubtedly be those who, from a business perspective, exhaust the opportunities for service development, and from a patient perspective, maximise the focus on prevention and self care.

Community pharmacy has already been recognised for providing personalised care to elderly and vulnerable patients. Its role in treating minor ailments has also been acknowledged.

As a key resource for the Department of Health and the NHS, community pharmacy must be utilised to its full potential. I am certainly not the only one saying this, yet little is being done to really maximise the bene ts community pharmacy delivers to local populations, the healthcare sector and the wider economy.

First, we need to come together as an industry and devise a plan of engagement with the Department of Health and the NHS. It is the only way to ensure community pharmacy survives, and thrives, while contributing to the planning and delivery of national healthcare.

Second, we must work together to ensure that collaboration within community pharmacy, and with bodies such as the Department of Health and the NHS, is an ongoing, continuously evolving process that results in positive gains for all parties involved.

Only then will we be able to make the community pharmacy sector more agile and adaptable so it can embrace the challenges ahead.