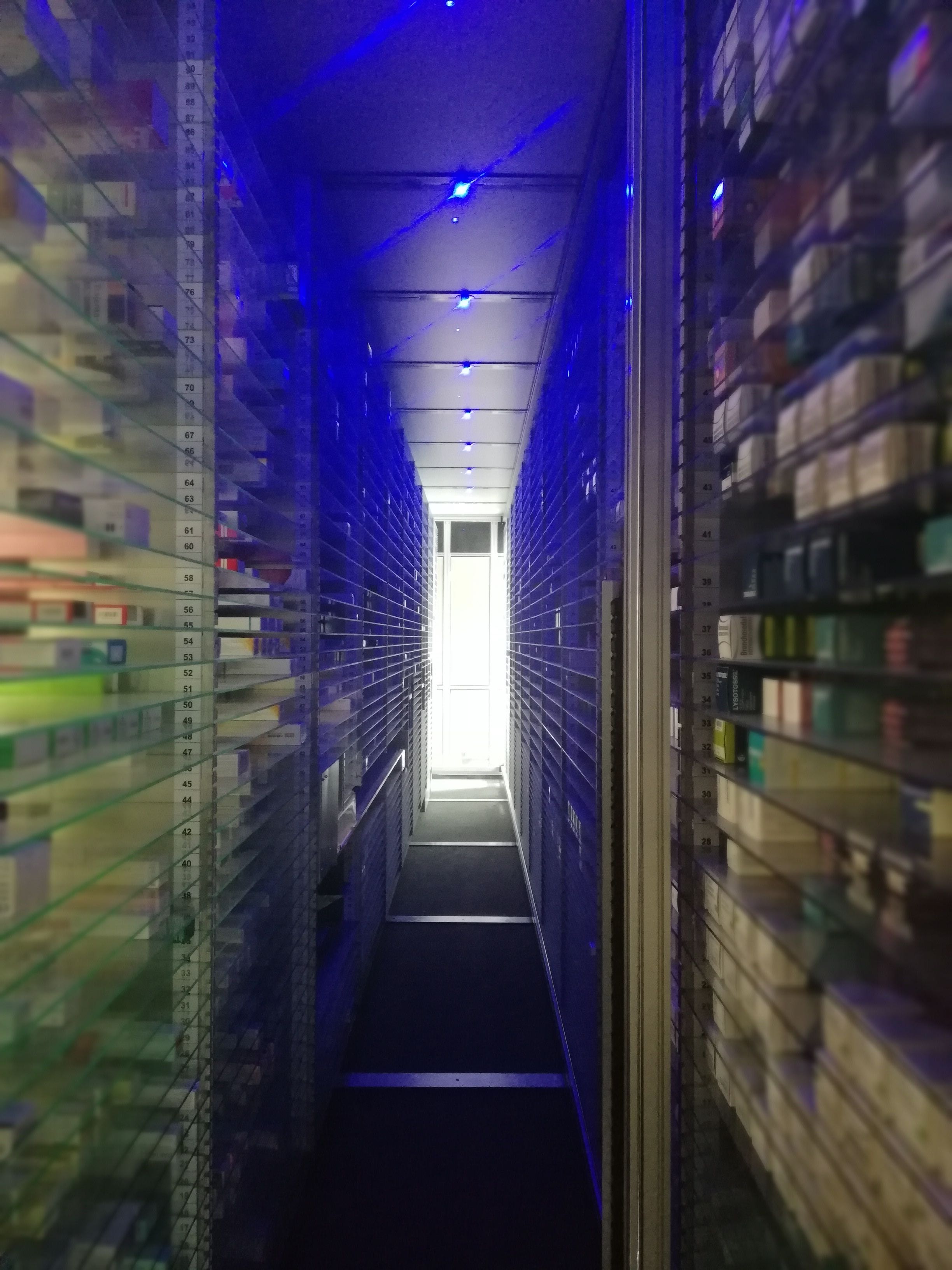 If the immediate care and prevention initiatives promised in the NHS Long Term Plan really do begin to drive more people into pharmacies, where is the time to meet their need for services going to come from, especially with prescription volumes at the current level? Investing in automation is one way to meet these demands and may even prompt forward thinking pharmacy owners to take a fresh look at the front shop.

With an ageing population comes greater health challenges and an increased need for medication. This, in turn, calls for more efficient pharmacy solutions, yet the dispensing and management of these medicines must be handled with care, and the increasingly complex prescriptions for people with significant co-morbidities raises the bar for keeping patients safe too.

This creates its own issues for pharmacists, according to Michel Guerra, vice president sales and business development Europe at Synergy Medical, supplier of blister pack automation. “Take, for example, the more than 100 million prescription medications dispensed in Scotland annually,” he says. “With more patients using monitored dosage systems, pharmacies are struggling to keep pace with MDS production. During the last quarter of 2017, dispensing errors involving MDS accounted for 13 per cent of reported medication errors in Scotland, which has left many pharmacies with the stark choice of restricting the number of MDS they can safely deliver or finding resource-efficient ways of scaling up.”

A squeeze on pharmacy funding and income has also driven efficiencies and made taking the plunge to invest in various forms of pharmacy automation an increasingly popular choice.

“Life as a retail business in 2019 is tough and standing still is no longer an option,” says Gary Paragpuri, chief executive of Hub & Spoke Innovations, which sells the Pharmaself24 prescription collection robot. He reports a “growing interest” from pharmacy owners in how they can use automation to protect their existing dispensing business and grab a bigger slice of their local prescription market.

“Take a look at the multiple and regional groups, for example,” he says. “You’d be hard pushed to find one that isn’t looking at, or hasn’t already built, some sort of central hub where prescriptions can be sent electronically to be dispensed efficiently with the aid of assembly robots and then shipped out either for delivery to the patient or for pick-up at the pharmacy or at automated spokes. This really isn’t new. The General Pharmaceutical Council’s guidance on hub and spoke operations and click and collect services is already four years old.”

Mr Paragpuri says this surge in interest shouldn’t come as a surprise, driven as it is by the need to defend against the threat of internet pharmacies, the constant chipping away at reimbursement levels and the expectations of customers who have become accustomed to other retailers using automation to deliver ever greater levels of convenience.

Andy Beesley, director of Medication Management Robotics, says current trends in automation investment are towards “complete end-to-end solutions fully integrated with existing pharmacy software systems”. But for many, this sounds like a hefty investment, so how do you work your way to that decision?

“Growing your pharmacy income through item growth provides part of the rationale for automation,” says Mr Beesley, “but pharmacy owners know that every pound counts now and that vanity-led automation is a luxury no one can afford. Return on investment is key to deciding whether this is a fit and there are two important parts to this: cost reduction and income growth. Automation will reduce manual activities in the pharmacy and the number of staff required to do the same work. Sometimes it is hard to turn this advantage into a real saving, but where this is possible, this will be a key part of the return.”

Chris Shelford, marketing manager at automated dispensing supplier BD Rowa, says pharmacy owners can work out if they have a business case that automation will support, by assessing where they are struggling. “This could mean a number of different things,” he says. “Are you struggling to recruit/retain staff? Or struggling to afford adding more staff if Rx numbers are growing? Do you struggle to have the pharmacist spend more time at the front of the shop rather than checking Rxs in the back? Is the owner needing/wanting to step back from the running of the store more? Or are you struggling to grow in a safe way? Adding more staff in an already busy environment can make dispensing less safe, more chaotic and more stressful for the staff. Have you had issues flagged in a GPhC inspection?”

Knowing you need some automated assistance is one thing, but how do you choose the right system for your needs? “Any system should be fully integrated with your PMR system and cover as many medicines as possible, to meet not only current patient demands but also the ones to come,” says Mr Guerra. “With drug shortages and the number of generic options that are available in the UK market, it is key to have a system that will provide flexibility to adapt quickly and effectively.”

Mr Beesley says the right technology will align with your goals. “Don’t be fooled by offers, inducements or trips abroad,” he says. “Set your goals and be clear about why this is right. Explaining it to others can help clarify your decision. And get the team involved.”

Mr Shelford says automation needs to be reflected in your business plan. “Think about what your needs are now and what they may be in five to 10 years, so you can plan in growth scenarios,” he says. “The business plan you build, within which the automation forms a pillar, should show the return on investment required, thus establishing how you afford the technology over a given period of time.”

Once you know what kind of automation you want, you need to settle on the right supplier, and there are plenty to choose from.

To make a shortlist, find out from each:

You can also visit live installations and ask the owners how the kit is helping them achieve the goals set out in their business plans. “The best automation in the world that does not meet your future direction is the wrong choice,” says Mr Beesley.

A point of difference

If this is all beginning to sound like a headache, there are plenty of business owners who are already reaping the benefits of automated assistance. Zia Ashraf is the owner of HMI Pharmacy in Kirkham, Lancashire. He installed a Pharmaself24 collection robot from Hub & Spoke Innovations in April last year and has already seen some unexpected results.

“I’m always looking for what we can do that’s different,” he says. “Today’s customers expect to be able to buy or access what they want when they want, around the clock, so I knew I needed to bring this level of convenience to my patients. I realised a medicines collection robot would make our workload a lot easier, and it’s easier for patients. They get a text when their medicines are ready and they can come and collect them any time of day.”

There were also other benefits that revealed themselves. “There are a lot of farms in this area and a lot of shift workers,” says Mr Ashraf. “Because we are not open on Saturdays or Sundays, I knew we’d lost a few customers in the past, but this has got some of those customers coming back to us because they can drop by whenever it suits them. In the past, there was not much new or different I could offer, but this machine has changed that, and we are now the only pharmacy in Lancashire where customers can collect their prescriptions around the clock.”

Automation is another way in which community pharmacy can provide a wider range of services, and one that many contractors are already using to give themselves a commercial edge in an increasingly competitive market.

As the NHS goes local, does your LPC stack up? 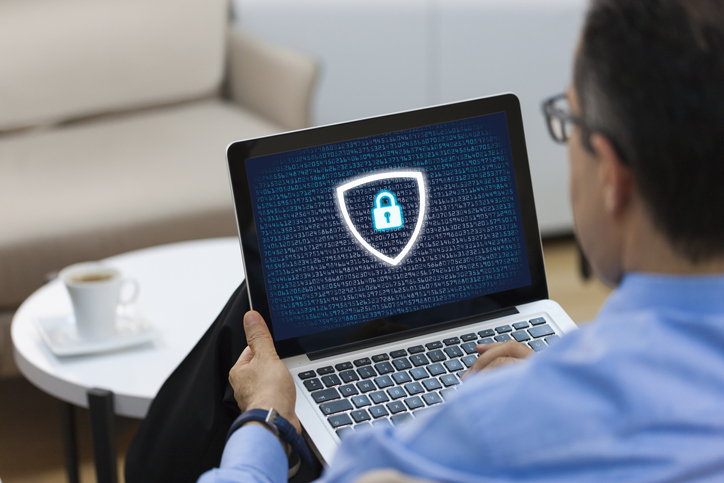 SCR usage: what can we read into the data?