The Pensions Regulator has said auto-enrolment “is not just a tick box exercise”.  Proof has come with news that the Regulator has issued more than 20,000 fines to employers for failure to comply.

The automatic joining of workers into a company pension scheme, known as auto-enrolment, completed in February. Introduced to tackle a huge, impending social problem of people not having sufficient monies squirreled away to support themselves in retirement, it is so important the Pensions Regulator has issued more than 20,000 fines to employers for non-compliance, ranging from £50 or £400 per day for small firms to £10,000 per day for the largest.

Most of these penalties fly under the radar because they are issued and settled. But court records reveal pharmacies are getting caught in the Regulator’s net. One South West London pharmacy was handed a £1,000 escalating penalty notice (EPN) and was subject to a court order, while another in Essex was fined £5,000 via an EPN and was also subject to a court order.

Matt Adams for the Pensions Regulator says EPNs follow when employers ignore previous demands to obey the regime. And the Regulator announced plans in May to use High Court Enforcement Officers to seize assets from employers who ignore fines.

The rules of auto-enrolment state that all employers must ensure their eligible staff (those aged between 22 and State Pension Age earning over £10,000 per year) are saving for retirement. Pension contributions for these employees currently need to be at least 5% of “qualifying earnings” between £6,032 and £46,350, with at least 2% coming from the employer.

To stay out of trouble, employers must watch for newly eligible staff. If they earn over £833 per month or £192 per week and are between 22 and State Pension Age they need to be enrolled. Be careful with employees who didn’t earn enough or were too young to be enrolled first time round.

It’s just as important to deduct the correct level of contribution from an employee’s pay and send this with the employer’s contribution to the pension provider; changes to pay and bonuses can affect this amount. Employers will also need to comply with increased contributions with effect from April 2019.

Employers must self-certify at least every 18 months that their scheme meets the requirements of the rules, and that the right amount for the right people has been paid. Further, all employees who have opted out of the scheme need to be approached about enrolment every three years.

Crack down on shrinkage 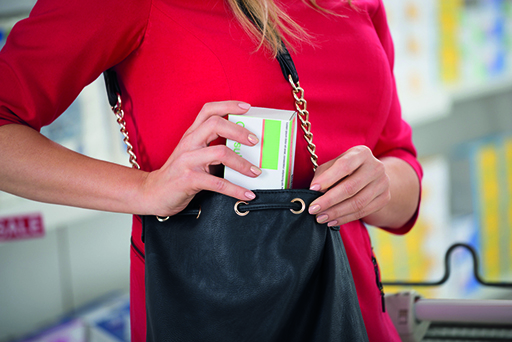 Get house in order to improve cashflow