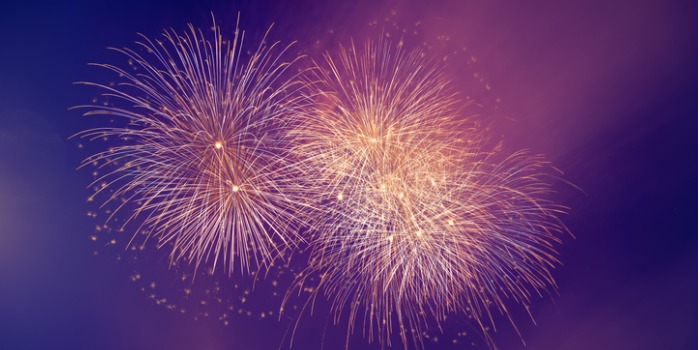 PSNC announces that community pharmacy teams in England vaccinated more than three million people against influenza in the first eight weeks of the 2021-22 flu programme, surpassing the total number of vaccinations administered during the whole of last year’s initiative.

“The interaction between community pharmacy and general practice is fundamental,” he says. “We want to see patients able to walk into their pharmacies and get the service they need, that they recognise their pharmacy can provide.”

Dr Vautrey thinks the process could be simpler. “We don’t need more bureaucracy,” he explains. “We have to go through a laborious process of completing the referral form. When the patient rings up and the receptionist recognises this is something the pharmacist can deal with, they spend 10 minutes filling out the form, which means other people are getting irritated. It’s extra work the practice didn’t have to do before.”

Dr Vautrey says the previous minor ailments scheme had been much simpler. “I’d love to move to a much more streamlined arrangement that trusts general practice to do the right thing, and that we trust in the pharmacy to deliver that service.”

Health Education England (HEE) announces that an additional £15.9m from the Pharmacy Integration Fund will be used to develop skills, including independent prescribing qualifications.

HEE director of national transformation programmes Alan Ryan said: “New funded programmes will foster a range of skills and experiences to help pharmacists and pharmacy technicians thrive in multidisciplinary healthcare teams, and meet the demand for clinical care skills, prevention of ill-health and optimal outcomes from medicines in all NHS settings and at home.”

NHSE&I deputy chief pharmaceutical officer Richard Cattell added: “These changes will ensure that pharmacists and pharmacy technicians are well positioned to be further integrated into wider healthcare delivery as part of multi-professional clinical teams in PCNs. This structured postgraduate development properly acknowledges the clinical skills and vast experience of community pharmacists, providing them with a structured route to higher levels of practice.”

Pharmacists’ confidence is down

Mounting financial pressures and the growth of online competition are making pharmacists less confident about the future, according to the latest Lloyds Bank Healthcare Confidence Index.

Each year, the bank asks pharmacists, dentists and GPs to rate how confident they are about the health of their business over the next 12 months, and in five years’ time.

In the latest analysis, short-term confidence was up slightly from 27 to 29, with 65 per cent of pharmacists expecting their profits to grow in the next year and 62 per cent anticipating an uptick in NHS services. The report says the sector’s “relative robustness during lockdown” and the potential of clinical services is “supporting entrepreneurial behaviour,” with 61 per cent of contractors considering buying another pharmacy.

By contrast, long-term confidence has fallen from -34 in 2020 to -42. Seventy-two per cent expect financial pressures to increase over the next five years, while the proportion of pharmacists who say they are concerned about the threat of online pharmacy has grown dramatically, from 24 per cent to 44 per cent.

Betsi Cadwaladr University Health Board announces that the number of pharmacies offering prescribing services in the area is to more than double from 11 to 25 to help primary care services prepare for intense winter pressures. The increase will see the scheme extended to all six counties in North Wales and available in roughly 15 per cent of pharmacies, with pharmacists able to prescribe treatment for minor acute conditions, contraception and medicines withdrawal.

Community pharmacy is in the midst of a workforce crisis that threatens communities with major disruption, claims the Company Chemists’ Association. The CCA says it is “extremely concerned” by a shortage of pharmacists and pharmacy technicians in England, saying the continued recruitment of pharmacists into primary care networks has begun to bite.

Noting that pharmacists were added to the Home Office’s shortage occupation list earlier this year, the CCA says: “Many pharmacies have been unable to find a pharmacist during times of higher demand. The shortage of pharmacists has also led to rapidly escalating employment costs, which are impacting the viability of pharmacies in some areas.”

Shortages will inevitably lead to further closures “both temporary and permanent,” the CCA warns, adding that this will have a “devastating impact on local communities” and disrupt access to medicines and healthcare advice. Government incentives offered to GPs for engaging with the Community Pharmacist Consultation Service mean that “workload is being moved away from where the NHS is recruiting pharmacists to, and into the very place where they are taking them from… this is akin to robbing Peter to pay Paul”.

When Pharmacy Network News put the argument that workforce issues are partly or primarily due to the salary and working conditions some community pharmacy employers are offering, CCA chief executive Malcolm Harrison responded: “Flat funding and funding cuts for the sector since 2014 have depressed the salaries offered across community pharmacy. Some CCA members are reporting that more pharmacists are now choosing to become locums than are joining PCNs. The CCA continues to advocate for long-term investment in the sector and other solutions to address the workforce crisis.”

The latest official figures reveal that obesity in young children is at its highest level in England since records began in 2006. The National Child Measurement Programme (NCMP) report for the 2020/21 school year, published by NHS Digital, found that obesity rates in four to five-year-olds and 10 to 11-year-olds rose by 4.5 per cent between 2019-20 and 2020-21. In four to five-year-olds, they increased from 9.9 to 14.4 per cent; in year six pupils, they rose from 21 to 25.5 per cent.

The NCMP is an annual measurement of the height and weight of children from around 17,000 state-maintained schools, including academies.

Those looking for a refresher on the upcoming changes to local structures, including integrated care systems, could do worse than read the latest briefing from The King’s Fund. As the Bill reaches the third reading in the Commons, the Fund has several concerns. Notably, these include the lack of narrative, the proposed new powers for the Secretary of State to intervene in local service reconfigurations that “bring the risk of a decision-making log jam and political expediency trumping clinical judgement”, and the absence of a specific reference to reducing health inequalities, which have widened in the pandemic, in the ‘triple aim’ which is designed to create a common purpose across the NHS.

Community pharmacists in Northern Ireland vote overwhelmingly (97 per cent) to stop providing medicines in compliance aids for new patients from the start of December. Contractors are concerned that a lack of funding and increasing workforce pressures will make it harder to continue rolling out free services.