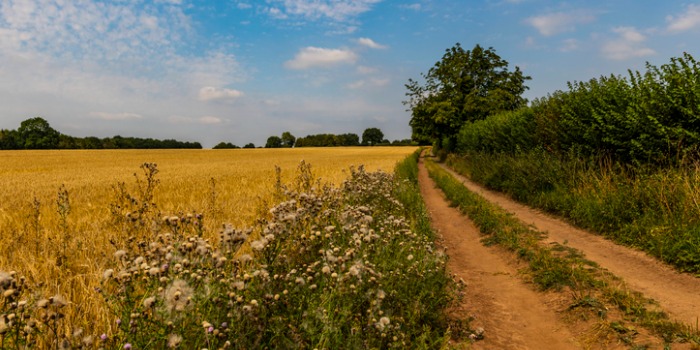 Summer is usually the time when, after a quick burst of desk clearing before a holiday, things in policy terms slow down enough to allow a period of reflection. Not so this year, it seems. The health system is gearing up for the integrated care system reorganisation, with it looking more likely that the new bodies could have a significant say in the future of community pharmacy services. We start our round-up of the key developments with the legislation.

The Government introduces the Health and Care Bill to Parliament. It aims to create structures that will bring together local NHS and local government, such as social care, mental health services and public health advice, as integrated care systems (ICSs) to deliver joined up care for local populations. The proposals are summarised by the NHS Confederation in six slides, The King’s Fund does it in eight pages, while for a long read, the House of Commons Library has the detail (with reactions) here.

E-learning (registration may be necessary) to support integrated care provision, created specifically for early career pharmacy professionals, but applicable to anyone who wants to gain a fundamental understanding of the principles behind ICSs can be found on the Learning for Health website.

A whole-system approach to obesity

The King’s Fund briefing Tackling obesity: the role of the NHS in a whole-system approach explores how the NHS can work with local partners and engage with communities to deliver targeted interventions to treat and prevent obesity. Notable for its summary of the current demographics and explanation for how we got here, the briefing could provide useful support for local case making.

The National Institute for Health Research (NIHR)’s latest research collection, ‘Brief conversations in primary care: an opportunity to boost health’, offers advice on how to maximise the impact of consultations by giving useful lifestyle and mental health advice, for example on obesity and smoking.

While principally aimed at GPs and practice nurses, it provides techniques and suggested phrases for making conversations in primary care more effective. The NIHR says people prefer individualised information, with conversations on alcohol exploring reasons for drinking and building on the strategies they already use to limit it, while those with obesity are more likely to accept a referral to a weight management programme if key phrases are used early in conversations.

PSNC’s additional guidance and FAQs on the Covid-19 cost claims process for contractors is designed to support claims for extra costs incurred due to the pandemic. Contractors have until 15 August to claim using an agreed claim form provided by the NHS Business Services Authority (NHSBSA).

Pandemic prompts people to get active

Downloads of running plan app Couch to 5K pass five million. The app, a free plan for beginners provided by Public Health England (PHE) and the BBC, has been downloaded more than 2.3 million times since the pandemic started. Downloads by people seeking to get more active during lockdown increased by 92 per cent in 2020 compared to 2019.

An update to Covid-19 guidance for those providing close contact services, with particular relevance for community pharmacies and optometrists, is published by the Departments for Business, Energy & Industrial Strategy (BEIS) and Digital, Culture, Media and Sport.

Rewards based on health outcomes

‘Paying for health gains’, from the Centre for Health Economics at the University of York, provides food for thought for those interested in structuring services based on payments for health outcomes, rather than patient numbers. The worked examples involve surgery, but the paper includes a general model for an incentive scheme that rewards providers for improved health using key parameters related to patient benefits and providers’ costs.

The annual letter for the 2021/22 national ’flu immunisation programme, including detail of the groups eligible for vaccination in the coming season, says that with uncertainty about Covid-19 waves adding to the mix, mathematical modelling indicates the 2021 to 2022 influenza season could be 50 per cent larger than in a typical year and could begin earlier than usual.

Pharmacy’s voice must be heard by ICSs

A former health secretary says it is important that England’s pharmacies make their voices heard in ICSs. Speaking in a Sigma webinar, Jeremy Hunt, who now chairs the Commons Health Committee, said the sector should seize opportunities presented by the Health and Care Bill, which will legislate ICSs into existence.

The Bill, as currently drafted, requires each ICS board to have a nominated general practice member, but makes no similar provision for other providers. Asked about this, Mr Hunt said: “Personally, I would welcome it if you were heard on ICS boards, but if you’re not, you need to make sure you have someone representing the voice of pharmacy on those boards.” The design framework for ICSs can be found on the NHS England website.

Public ‘thumbs up’ for the CPCS

A poll by PAGB, the consumer healthcare association, shows a 10 per cent jump in respondents who said they turned to their local pharmacist in the last year for ‘initial advice or medication’ for a self-treatable condition – up to 47 per cent from 37 per cent in 2020. The survey, published ahead of International Self Care Day on 24 July, found almost seven in 10 (69 per cent) support the idea of GP surgeries referring patients to a pharmacist for self-treatable conditions (the Community Pharmacist Consultation Service).

Interestingly, almost a third of respondents (31 per cent) said they would be more likely to use their local pharmacist if pharmacists had the right to refer people directly to another health professional, such as a GP or physiotherapist, if it was thought to be appropriate.

The NHS Confederation added its voice to calls for the UK and the EU to find a solution to the problems caused by the malfunctioning of the Northern Ireland Protocol, with specific reference to medicine supplies. Layla McCay, the Confed’s director of policy and international relations, said: “The EU’s rebuttal of UK proposals to make changes to the Protocol means that after 31 December this year, the agreed ‘grace period’ allowing medicines from the rest of the UK to be imported to Northern Ireland without having to satisfy EU rules will run out. Patients and healthcare providers in Northern Ireland must not become collateral damage in the UK and EU’s political shellfire.”

In a letter to the leads of integrated care systems (ICSs), NHS England and NHS Improvement’s chief operating officer Amanda Pritchard (and newly confirmed successor to Sir Simon Stevens as chief executive), confirms plans to delegate responsibility for the commissioning of primary care services, including pharmaceutical services, to ICS Boards.

The letter says: “Giving ICSs responsibility for direct commissioning is a key enabler for integrating care and improving population health. It gives the flexibility to join up key pathways for care, leading to better outcomes and experiences for patients, and less bureaucracy and duplication for clinicians and other staff.”

The PSNC says the negotiation of the Community Pharmacy Contractual Framework (CPCF) will continue to be undertaken nationally. According to chief executive Simon Dukes, who announced his departure from the organisation earlier in the month: “Integrated care systems are going to fast become a critical part of the local healthcare landscape for community pharmacy. Today’s letter is another timely reminder of the urgent need to reshape community pharmacy representative structures so we have the most effective and agile leadership systems possible.

“PSNC is working to try to make it easier for pharmacy to gain a foothold in these newly reformed systems; in all discussions, we will work to protect pharmacy contractors from risks as best we can.”

The preparedness of ICSs for their new commissioning roles in primary care will be assessed and “the full, detailed scope of what will be delegated and what will be retained nationally and regionally” and the “short and long-term regional and national support frameworks relating to these functions” will be established over the coming months, Ms Pritchard’s letter says.