Moving pharmacy ahead in a digital age

As it moves to greater use of technology, community pharmacy could be very different in the future. With most of the larger pharmacy companies now working on digital development, Well’s head of digital speaks to P3 about plans in the pipeline

Digital technologies are rapidly bringing a range of opportunities for community pharmacy, says Well. The company is pushing ahead with a digital development programme, aimed at delivering benefits for customers, as well as for pharmacy teams.

Dan Sheldon, head of digital at Well, joined the company this year from the Department of Health, where he was digital strategy lead. He speaks to P3’s Carolyn Scott about the company’s plans, and what the future could hold.

“Most pharmacists are using smartphones and apps in their everyday lives, but then come into work and step back in time: the systems they work with, the paper and the processes. You wouldn’t design it like this if you were starting today,” he suggests.

“A lot has been computerised in the world of pharmacy, but the next leap we need to take is to become truly digital – and we are working hard here at Well to do this.”

Well Digital is a start-up team within the company, formed this year, including digital developers and pharmacists, too. “If you imagine the best of tech start-ups like Google and Amazon, we are bringing those principles and that way of working and technology into our pharmacy.”

“Our vision is to bring pharmacy into the digital age,” says Mr Sheldon, “to make it really simple and convenient” for customers, meeting their raised expectations from wide use of apps and online resources in other areas of their lives, and also “giving colleagues time back to care for patients”.

The team’s latest project – a customer-facing app – is the next wave following work already started on a hub and spoke initiative, he says. A new store finder app was launched this year.

“We are going to have a new website very soon, and a digital pharmacy service – that will start very small scale but then we will be scaling that up over the next year. To begin with it will be an app that you will be able to use for your repeat prescriptions in addition to the service that we offer face to face in stores,” he explains.

Patients and customers will continue to use physical pharmacy services in the same way, but the new development will give people a choice. “Our aim is not to disrupt anything or to stop the way that people want to use our pharmacy service, but to build a new digital pharmacy service alongside it.”

"Most pharmacists are using smartphones and apps in their everyday lives, but then come into work and step back in time"

The Well Digital team has spent time on ‘colleague engagement’ within the company, he says, “because it is just so important”. “From day one we were touring stores, and speaking to customers and to colleagues as well. We build something and then test it out with colleagues and customers, and keep on improving it.”

In the long-term, pharmacists could benefit hugely from the gradual introduction of new digital tools and resources for patients. “I speak to a lot of pharmacists and the message that I get from them is that they would rather be out front of the store, speaking to customers, giving customers advice, signposting them to the right place rather than sat in the back filling out forms, tapping on screens and putting medicines into bags.”

And while customers value choice and convenience, traditional pharmacy services remain central to the company’s offer, he says. “Customers really value face to face interaction, and value being able to go into their local pharmacy. That’s one of the things that Well does really well, and we are going to bring those values to digital as well.”

What’s the potential for digital in healthcare?

With the NHS working on a digital programme, and encouraging others to do the same, there is clear momentum in healthcare to introduce new ideas for patients and professionals, he says.

“In the future I’d like to think that, with new digital tools, we could do things such as continuous monitoring of the patient – of their medicines and conditions – with the patient able to contribute to that data. We can put the patient in control of their data and allow them to share it with their GP and pharmacists. I’d really like Well to play a role in something like that.”

Such a transformation for patients will come from parallel development from the NHS and private providers. “I think the challenges are around scale. Doing all that on an England-wide basis is going to be difficult. There are going to be things that only the NHS itself can do, and some things that other players like us can provide,” comments Mr Sheldon.

Although the NHS has “a chequered history” when it comes to technology change, “the signs are positive,” this time, he says. “There couldn’t be more political commitment for this. From Jeremy Hunt downwards, you will see digital as a large part of the future of the NHS.”

Make the most of the consultation area 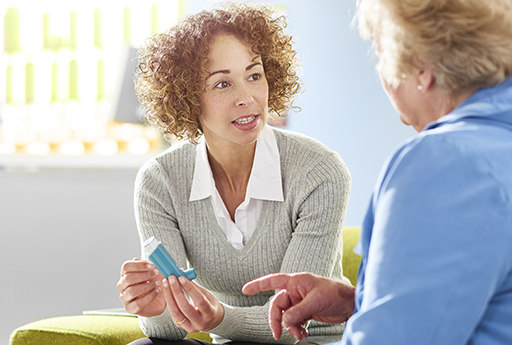