As the NHS goes local, does your LPC stack up?

There are just under 70 Local Pharmaceutical Committees (LPCs) in England and Wales, but they vary greatly in terms of size and approach and the outward facing professional image they present to their contractors and the public. LPCs are going to be crucial if community pharmacy is to step to the opportunities presented by the NHS’s immediate care, prevention and patient safety priorities in the NHS Long Term Plan. So, who decides whether they are doing an effective job? Some have very large cash reserves and have given their contractors a levy holiday due to the amount of cash they have in the bank, but does this mean they are being fiscally prudent, or that the money is not being spent in a very effective way?

A purely visible indicator of how effective LPCs are is their online presence, which provide members with links and information about community pharmacy outreach programmes. However, there are four LPCs that have no online presence at all, and one which hasn’t updated its website since 2012. So how are their members being told about access to services/programmes and how do contractors know how the money is being spent on their behalf?

Good corporate governance and housekeeping practices with clear and published policies on claiming expenses, a complete register of commercial interests and full accounts that go back six years or more, may provide a clue to operational effectiveness. But part of the problem with LPCs is that unless they are highly proactive they tend to fade into the background of pharmacy, which means that the public (and sometimes even the contractors that fund them) are not very aware of what they actually do.

Increasingly, LPCs are employing a salaried full-time chief executive officer to head up the organisation and put together a proper business plan that sets out a clear agenda for business activities either from financial year-to-year or longer strategy cycles. Yet, the flip side to that coin remains in the shape of LPCs which depend on part-time officials who usually claim expenses and who are paid for their time with meeting attendance fees and the very outdated system of honoraria.

Debby Crockford, chief officer of the re-branded South Central LPC is a good example of the more modern breed of operator. She says that rather than “merely existing” as an organisation, the main focus of the team she leads is to be sure they are providing value for contractors. “We are aware first and foremost within the LPC Committee that everyone around the table has a day job and you need an operational team away from that to do the doing,” she says. “It cannot be just about holding meetings.”

That has meant developing the LPC’s operational capacity – something which has financial implications, but Ms Crockford thinks it is vital that LPCs do not sit on substantial cash reserves if they have them. Some of the larger LPCs around the country have up to £400k sitting in bank accounts.

PSNC’s current advice is that now is not the time to sit on large reserves and that LPCs need to make better use of their resources and put their money where their mouth is. “Potentially there is a danger that those reserves will end up simply funding meetings and unless you have some real outcomes from those meetings that can happen,” says Debby. And ensuring that LPCs are providing something tangible for their paying customers is even more important when you consider it can be a big challenge for LPCs to connect with contractors in a meaningful way.

“It sounds strange really, but it can be a challenge to have contractors understand who we are and how we represent them,” she adds. That lack of identity does not stop with contractors though. South Central, like some other LPCs, re-branded itself 18 months ago to try and make itself more understandable to the public, as much as anyone else. As well as rebranding itself as a community pharmacy organisation, it has developed its website so that it has more public facing content.

South Central has also employed a full-time professional services development manager after making do for several years with part-time office support. It has also recently created a new post for a full-time contractor support development manager. This is a very much a “feet on the ground” job and not desk based. The idea is that each one of the LPC’s contractors should have a face-to-face visit at least twice a year.

Of course, LPCs which are smaller and have limited resources, or ones that have simply decided to base their organisations around part-time officials and volunteers, cannot be as proactive. “For some time now, pharmacy has been all about how we deliver services and big contracts,” says Ms Crockford. “Nothing works better than seeing someone personally and talking through issues and sharing best practice. It is a completely different kettle of fish to just writing letters and sending emails. It is really important that when we say we are going to deliver a project and money is put in, that as a provider the LPC actually comes up with the goods.”

It is also very important for LPCs not to be inward looking regardless of their size. South Central decided to make the change to more full-time outreach posts after conducting research among LPCs around the country asking how many hours a week they were devoting to contractors. They were alarmed to discover that their own score was far lower than a number of LPCs of a similar size and even some that were much smaller than South Central.

When they decided they needed full-time officials to devote more time to each contractor they found that the best business model for achieving that already existed in Community Pharmacy Wales, which had been using contractor support managers for the past three years and were seeing very positive results from the move.

More sharing of that kind would help the LPCs which are clearly struggling to provide an effective professionally-based model to their contractors. But what is the best way for that to happen? There is a forum for exchanging good practice among LPCs at a senior level – the Gaggle group established by the PSNC which all chief officers belong to. But LPCs do have to be extremely careful about competition law because if everyone starts talking about the fees for services before they are negotiated, they could fall foul of the regulations.

There is an acknowledgement that chief officer LPC roles can be quite challenging and a support network is desirable. Debby Crockford says that the current structure of LPCs is a problem in itself. “What a lot of us find is that we are employed by a committee, but although you are there to develop strategy and lead the organisation you don’t have managerial responsibility for those people,” she says. “It’s almost as if you were a teacher but your pupils were responsible for employing you.”

She says that it is her personal view (but one that other chief officers share) that LPCs need to move to a new era where they are run more like small companies rather than local committees. “Gone are the days when the LPC can operate like an old boys’ network meeting in a pub in the evening,” she adds. “There are incredible pressures out there today in community pharmacy and if you are employed to work for one it needs 110 per cent of your energy and focus. Expecting people to attend meetings or work with contractors as part-time committee members is not really on anymore.”

There is also a level of more localised bilateral forums for LPCs which border one another. For example, South Central meets on a quarterly basis with Dorset, Thames Valley and Bucks. But this is not always easy to maintain. With the restructuring and realigning of the NHS there is the possibility that the Wessex group – which covers  Dorset, Hampshire and the Isle of Wight – may not exist as a grouping for much longer.

The huge difference in size and buying power of LPCs may increase the prospect of further mergers – the numbers have been coming down slowly in the last few years but not fast enough according to some industry sources. While there may be a groundswell of agreement of what good business models and operational good practice look like, there is not a convergence of opinion on what the ideal size for an LPC should be.

“I have had discussions with other chief officers who really do think that small is beautiful,” says Debby. There is a view that if the LPC is small enough that the head can have a relationship with his or her contractors on the same basis as an area manager would, that’s a good thing. But the people who hold that view would also say that there are some LPCs which are neither small enough or big enough, and fall between the gaps of something which can provide an effective service. The fact also remains that LPCs need the resources to employ good full time people for what is increasingly a demanding and complex role. 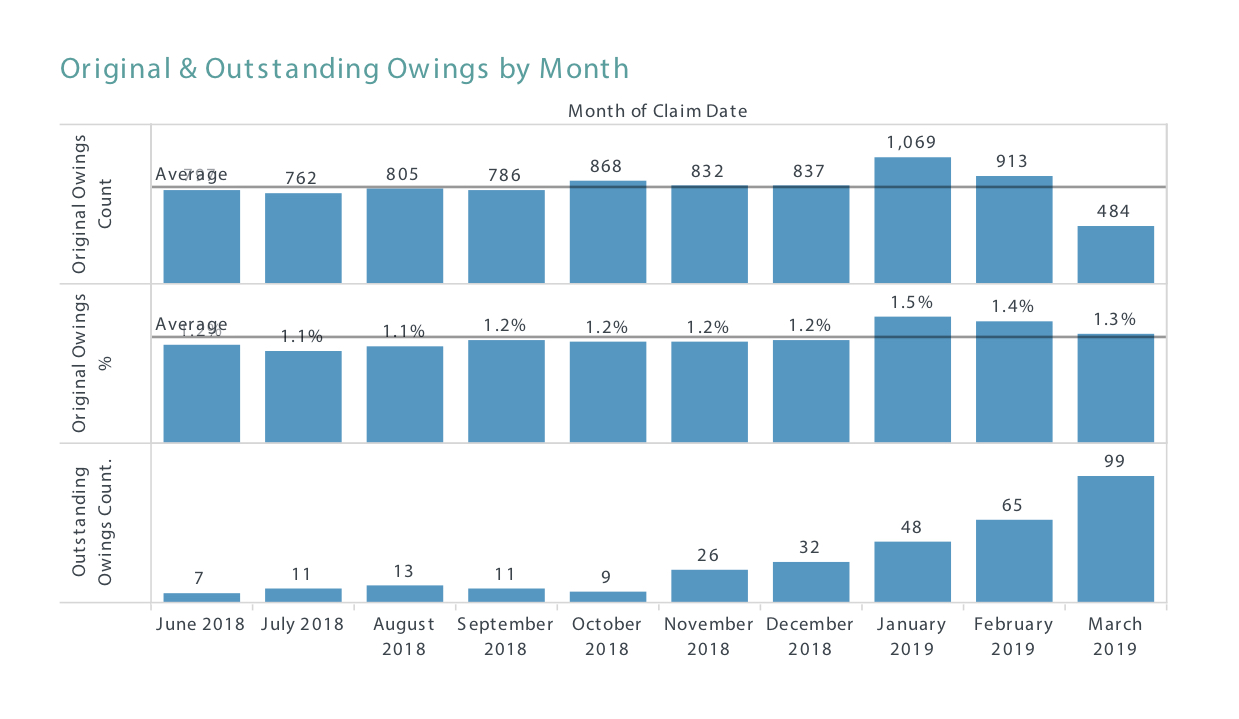