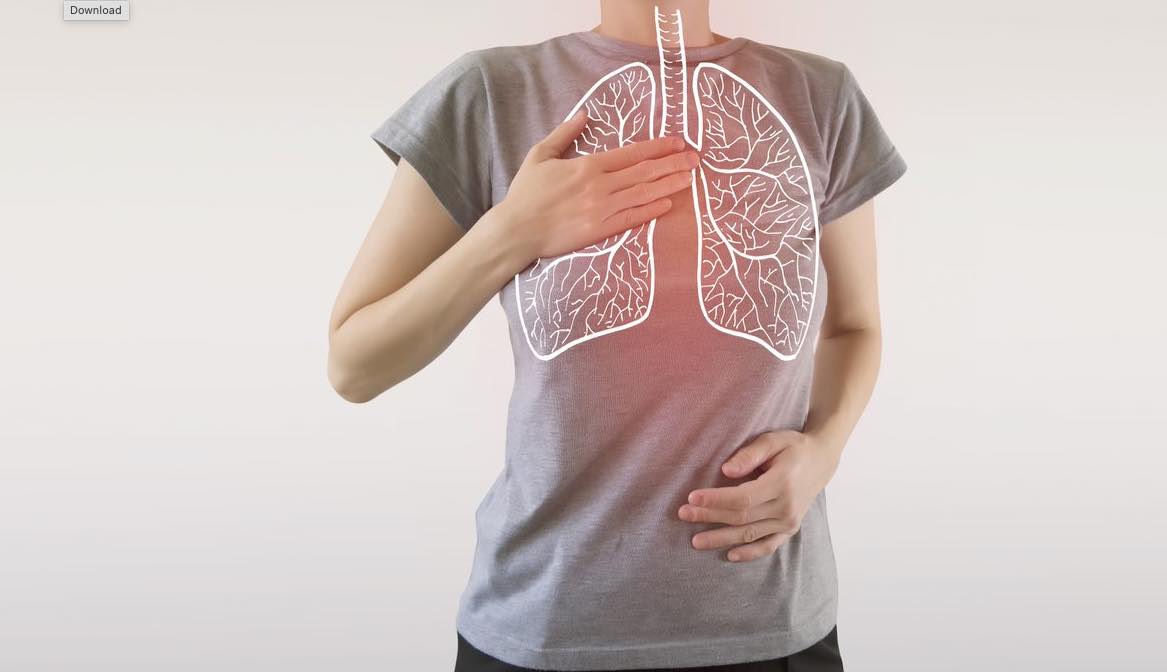 Respiratory disease is the third biggest cause of death in England, according to statistics from the Taskforce for Lung Health. They also suggest that at least one in five people will develop a lung condition during their lifetime, and that there are 700,000 hospital admissions every year as a result of lung disease.

The UK has the fourth highest mortality rate from lung disease in Europe, so in 2019, the Taskforce for Lung Health launched an ambitious five-year plan to improve lung health in England. This included recommendations for how community pharmacy could help.

Three working groups were established to help progress the plan, along with a 44-member task force, which encompasses healthcare professionals, carers, patients, people from the voluntary sector and professional associations. They looked at various aspects of respiratory health, and the five-year plan, which has been updated annually, includes a range of action points that involve (among other things) upskilling pharmacy teams and working to get more pharmacists trained in effectively supporting people with lung health issues.

NHS England’s target was to get 2,000 pharmacists based in GP practices by 2020-21. Making sure there are enough pharmacists in all settings will help give people the most appropriate help and reduce pressure elsewhere in the health service. Suzy Kennedy, press and campaigns manager for Asthma and Lung UK, says that progress has already been made, and suggests some simple ways that pharmacy teams can get involved in improving outcomes for patients needing support with respiratory care.

Ms Kennedy explains that a joint initiative is currently under way between community pharmacy as part of the Community Pharmacy Contractual Framework (CPCF) and the Pharmacy Quality Scheme, where smokers are referred after discharge from hospital so that pharmacy teams can support them with smoking cessation. “The challenge with the service is that it’s reliant on referrals from hospital trusts,” she says. “NHS Trusts are currently focused on Covid recovery and consequently will not all immediately start to make referrals. NHS England and NHS Improvement expect most trusts to be making referrals within two years from the commencement date.”

The service is an advanced one, which means that it’s up to contractors to decide whether they want to provide it. “The starting point for community pharmacists is to consider their current capacity – when and if to do the necessary training, and whether their local trusts are already making referrals or have confirmed a start date for making referrals,” Ms Kennedy says.

Since the phasing out of Medicines Use Reviews (MURs), pharmacy teams have had even less opportunity to address potential problems with inhaler technique. The New Medicine Service also seems to be massively under-used, says Asthma and Lung UK, and is providing care for just a fraction of those who might benefit from it.

According to a Taskforce for Lung Health survey, 65 per cent of people with lung disease have not had their inhaler technique checked in the last year, and 50 per cent don’t know how to use their inhalers properly. “This is associated with poor patient outcomes and increased hospital admissions,” says Ms Kennedy, who confirms that inhaler technique checks are not included in the new services within year three of the five-year CPCF deal.

“The NHS Long-Term Plan promised more support for those with lung disease in receiving and using the right medication, but once again lung disease has been neglected,” she says, adding that she believes it is unlikely that inhaler technique checks will be offered as part of the Pharmacy Quality Scheme unless new money is committed. The Taskforce for Lung Health is trying to engage with chief pharmaceutical officer David Webb to address these issues.

The co-chairs of the Taskforce’s medicines optimisation working group, Dr Anna Murphy and Darush Attar-Zadeh, say they have made a strong case for an enhanced role for community pharmacists in supporting patients to have the right inhaler technique. “This has seen us establish a Taskforce subgroup to drive forward this work in 2022,” they say. “We are disappointed that incentive payments for pharmacists to undertake inhaler technique checks were not made part of the PQS or part of the CPCF, except when done as part of the more limited New Medicine Service, and we will continue to push for inhaler technique optimisation to be included.”

A Taskforce for Lung Health survey conducted in 2020 revealed that 86 per cent of people with lung disease think community pharmacy could do more to help them manage their conditions. Just over half believed that help after an exacerbation, or support managing an exacerbation, would enable them to better manage their lung condition. Similarly, 52 per cent stated that direct referral to their GP from the pharmacist when they needed more support would be helpful. Access to diagnostics and monitoring tools is also important to people with respiratory issues. In the survey, 47 per cent said they wanted to be able to access lung function tests at their community pharmacy.

Annual medication reviews with a healthcare professional at their community pharmacy were also seen to support better self-management. “There are several evidence-based services that have been piloted, showing numerous additional services that could be offered to really improve the lives of people with lung disease,” says Ms Kennedy.

In May 2022, the British Thoracic Society published A Respiratory Workforce for the Future, which examines the importance of multi-professional respiratory teams, highlights staffing issues and calls for changes to be made. It suggests that in order to achieve the goal of sustainable, holistic care for respiratory patients, an effectively staffed respiratory workforce across all professions is key.

Dr Murphy believes there is a role for community pharmacy in supporting lung health, even before formal diagnosis is made. “The starting point is always prevention,” she says. “So, think along the lines of health promotion and health and wellbeing services such as smoking cessation advice and support.”

Another area that pharmacy teams can play an important part in is flagging up potential problems. “If a customer comes in regularly for cough medicines, and the cough doesn’t seem to be shifting, or if someone needs frequent antibiotic prescriptions, it’s worth flagging up,” says Dr Murphy. “Persistent chest infections and unexplained weight loss are both red flags and the patient should be referred to their GP for investigation.”

Dr Murphy also recommends making the most of the support available for community pharmacy on helping people with lung conditions, such as Centre for Pharmacy Postgraduate Education (CPPE) training. She believes there is plenty of potential for upskilling.

Wheezing is the most common symptom of asthma in children under the age of five, but despite this, according to Omron Healthcare, in a survey 60 per cent of parents and caregivers failed to identify a wheeze when shown a video.

The prospect of an asthma attack can be frightening for parents, which can make them hesitant or anxious. On top of this, not all wheezes sound the same, and it may be hard to decide whether the child is wheezing or not. It’s common for them to underestimate the seriousness of their condition or, conversely, to worry too much. Both can lead to unnecessary and potentially distressing GP and hospital visits.

To help, Omron has developed WheezeScan, a portable device designed to identify wheeze. The device should be positioned below the right collarbone and held for 30 seconds to give users an accurate ‘Wheeze’ or ‘No Wheeze’ response, providing caregivers with the information they need to decide if action needs to be taken. The device also pairs with Omron’s AsthmaDiary app, which can be downloaded to mobiles to monitor wheeze episodes, potential triggers and medication responses

“We’ve noticed a big increase in asthma enquiries. I think that’s related to the early hayfever season and high pollen levels we’ve seen this year. A high pollen count can trigger asthma flares; many customers have experienced this. We’ve had lots of queries about using antihistamines to help with these symptoms. As well as antihistamines, we sell vitamins and supplements to help protect respiratory health. We keep plenty of inhalers, counsel customers in correct use, and we keep extra spacers in stock. We keep the GSL lines at the front of the pharmacy in a display we change seasonally.”

“The most important areas here are nasal sprays, which sell in winter for colds and in spring and summer for hayfever and allergies. Any queries about asthma tend to be prescription-related – for example, the customer has not had an asthma medicines review in a long time and wants to know what we can do to help them. With respiratory care generally, customers often know what they want. Top sellers are Vicks First Defence, Sudafed, Sterimar and Neilmed. The drug-free saline sprays have really become popular in the last couple of years, as people want to avoid using the medicated sprays.”

“The hayfever season has been bad this year. We tend to start customers on a natural range such as Sterimar. If this doesn’t help, we recommend a steroid nasal spray. Customers ask about products for cough too – Bronchostop Junior does well; for adults, it’s Benylin or Sudafed. We ensure customers with blood pressure problems don’t take decongestants; it’s important to ask. We can also help distinguish Covid from an allergy or a cold. Robitussin, Benylin, Covonia and Sudafed all do well. Allevia antihistamine is selling well. We display these products together and have tissues alongside for link sales.”