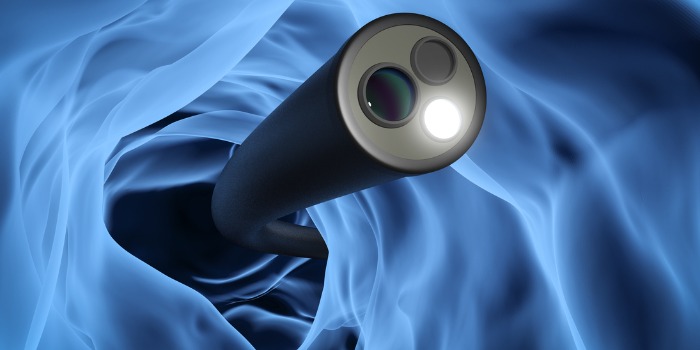 In January 2022, Bowel Cancer UK launched its Colonoscopy Confidence campaign after survey findings showed that 59 per cent of people would be worried if they had to undergo a colonoscopy.

If someone has been asked to have a colonoscopy, it may be because doctors suspect that their symptoms are being caused by a condition such as inflammatory bowel disease or bowel cancer. NHS England’s latest figures (November 2021) revealed that colonoscopy appointments have reduced over the course of the pandemic, with nearly a quarter of people waiting more than 13 weeks for an appointment.

The Colonoscopy Confidence campaign is encouraging the public to attend their colonoscopy appointment if referred and not to delay due to anxiety over the procedure. Campaign materials include a factsheet about having a colonoscopy, and common questions about the procedure that people may want to ask their doctor in advance.

“As both a GP and someone who has had bowel cancer, I completely understand why the thought of having a colonoscopy may seem daunting and worrying, but it’s vital to have this test if you’re referred,” says Dr Philippa Kaye, GP, author and bowel cancer patient. “Most people who have a colonoscopy won’t have bowel cancer. But if bowel cancer is detected at its earliest stage, nearly everybody is treated successfully.”

“The main difference is that ulcerative colitis only affects the colon (large intestine) and the inflammation is superficial,” says Dr Ayesha Akbar, consultant gastroenterologist for the London Digestive Centre at The Princess Grace Hospital. “Crohn’s disease can affect any part of the digestive system and the inflammation can involve deep layers of the digestive tract.”

Inflammatory bowel disease tends to be diagnosed in people between the ages of 15 and 30, but can first appear at any age. The exact cause is unknown, but risk factors include age, race or ethnicity and family history.

“For Crohn’s, cigarette smoking is the most important controllable risk factor for developing the condition,” says Dr Akbar, “with people who smoke being twice as likely to get the condition compared to non-smokers. Non-steroidal anti-inflammatory drugs may increase the risk. Whilst stress doesn’t cause inflammatory bowel disease, it can aggravate a flare up.”

The symptoms of both conditions vary from person to person, but usually include diarrhoea, abdominal pain or cramps, fatigue, weight loss or rectal bleeding – all of which may be mistaken for other digestive conditions and may therefore be picked up in a community pharmacy. The symptoms of inflammatory bowel disease can also overlap with those of bowel cancer (see below), and inflammatory bowel disease (especially ulcerative colitis) can increase the risk of bowel cancer.

Rachel Ainley, head of research and evidence at Crohn’s & Colitis UK, says speaking with a community pharmacist can be an important step towards the diagnosis of inflammatory bowel disease. The charity is going to be releasing a podcast for pharmacists and pharmacy teams working in a community setting, to increase their understanding of the presenting symptoms of Crohn’s or colitis.

ibuprofen, naproxen sodium and diclofenac sodium will likely make symptoms, and in turn the condition itself, worse

Ms Ainley explains: “We want to support community pharmacists by helping them learn about Crohn’s and Colitis so they can encourage earlier referral to a GP and, as a result, earlier diagnosis for those with suspected Crohn’s or colitis, while also raising awareness of these often invisible conditions and supporting people living with them.”

There’s no cure for inflammatory bowel disease, but prescribed medicines and self-management approaches (such as dietary changes) may help to relieve the symptoms. “There are some over the counter medicines that can be used to help relieve the symptoms of inflammatory bowel disease,” says Dr Akbar. “These include pain relievers for mild pain, such as paracetamol. However, patients should always consult with their doctor before taking any medication.

“It’s important to note that ibuprofen, naproxen sodium and diclofenac sodium will likely make symptoms, and in turn the condition itself, worse. Anti-diarrhoeal medications can be used to help relieve diarrhoea symptoms (on healthcare advice), and antispasmodics may help with the abdominal cramps. Vitamins and supplements can also be recommended if the patient isn’t absorbing enough nutrients.”

According to Bowel Cancer UK’s Improving Bowel Cancer Outcomes: A Roadmap for Change report, published in November 2021, bowel cancer remains the second biggest cancer killer in the UK. Each year, more than 42,500 people are diagnosed with the condition, and around 16,500 people lose their lives to the disease, accounting for 10 per cent of all annual cancer deaths.

Most people with bowel cancer are aged over 50, but younger people can be affected too. According to Bowel Cancer UK, over 2,500 younger people in the UK are diagnosed every year, yet half of younger patients surveyed for the charity’s Never Too Young campaign didn’t know, before their diagnosis, that they could develop the disease. One in three delayed making an appointment with their GP for at least three months.

“Some people could be using OTC medications to manage their bowel cancer symptoms,” says Genevieve Edwards, chief executive at Bowel Cancer UK. “If pharmacists chat to patients who have any symptoms, encourage them to contact their GP as soon as possible. Pharmacists can also display one of our symptoms posters or our leaflets in their pharmacy, which will help give patients key information if they are too embarrassed to discuss their symptoms.”

if bowel cancer is detected at its earliest stage, nearly everybody is treated successfully 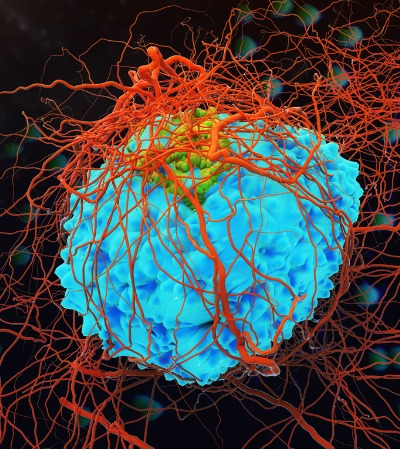 A community pharmacy-based research study published in BMC Public Health in March 2021 examined bowel cancer awareness among people aged 60-plus living within the London boroughs of Brent, Harrow and Hillingdon. It revealed that awareness of bowel cancer symptoms and risk factors is generally low, with people correctly identifying (on average) fewer than five out of nine symptoms and fewer than four out of 10 risk factors.

The nine possible symptoms of bowel cancer are:

In the NHS Bowel Cancer Screening Programme, all eligible patients are sent a faecal immunochemical test (FIT) kit every two years. The programme is available to people aged:

To use the kit, customers collect a small sample of stool on a plastic stick, put it in a sample bottle and send it to a lab, where the sample is checked for tiny amounts of blood. If the test finds anything unusual, the person may be asked to have further tests to confirm or rule out cancer.

According to Dr Akbar, Cancer Research UK has found that several interventions have been shown to increase uptake in bowel cancer screening, including a few that can be implemented by community pharmacies. These include enhanced patient leafleting, face-to-face health promotion, and advertising/health marketing.

The March 2021 study also demonstrated that awareness of bowel cancer screening remains low, with one in three eligible adults being unaware that there is an NHS screening programme. Bowel screening awareness was particularly low among Afro-Caribbean and Somali adults.

“Bowel cancer screening can save lives by detecting bowel cancer at an early stage, when treatment has the best chance of working,” says Ms Edwards. “Pharmacists can support the screening programme by starting a conversation with customers of screening age, explaining the importance of the screening test and reassuring them that most results are negative and a positive result may not be an indication of cancer, but something else.”

Bowel Cancer Awareness Month, run by Bowel Cancer UK, will be taking place in April 2022, with a #thisisbowelcancer campaign to shine a light on the varied and many people affected by bowel cancer and how it affects them.

“We’ve worked with community pharmacists every step of the way, from content to design and development,” says Sian Salkeld, Wales programme lead at Bowel Cancer UK. “Completing the course will help pharmacy staff feel more confident talking to their customers about bowel cancer, and encouraging them to visit their GP if they’re worried about any symptoms they may be experiencing.”

“This is one more area where customers are seeking advice from us before going to their GP. Customers worry about the possible underlying causes for bowel problems; they want to know if they need to see their doctor and how serious it might be. Our best sellers include Fybogel, Imodium and Buscopan. Most of the products we sell are P lines. If you keep them behind the counter, display them at eye level so customers can see what you have. Have leaflets and posters available to raise awareness of bowel health issues.”

“Constipation is the most important sector here. We do get queries about impaction and I’ve recently had to supply private prescriptions for customers who haven’t been able to get a GP appointment to sort this out – people are having to take much more care of their bowel health themselves. We sell lots of haemorrhoid products, so we get quite a few queries about this. And when norovirus is about, we’ll get lots of questions about how to manage diarrhoea. Our best sellers are Dioralyte, Senna, Dulcolax and Dulcoease.”

“Constipation is the most common problem we deal with, although people can be uncomfortable discussing their bowel health and end up experiencing avoidable problems such as haemorrhoids. While customers are looking for pain relief and fast acting solutions, it’s important to discuss lifestyle habits to promote healthy bowel movements. Senokot sells well for constipation; Anusol HC suppositories for haemorrhoid relief. We place most bowel health products near the till, ensuring advice is on hand for customers browsing.”