With a range of market pressures, now might seem like the wrong moment to be investing in your pharmacy, but then perhaps there is no time like the present for some key decisions 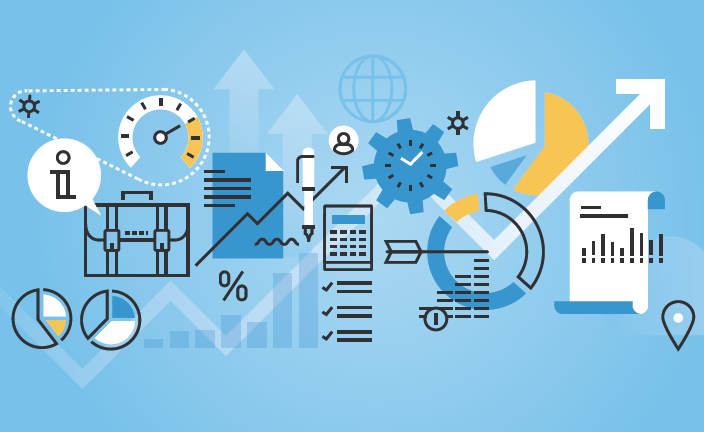 With community pharmacy under pressure and owners tightening their belts, is now a good time to be investing in your pharmacy in order to create new business opportunities and ensure quality services?

Mandeep Mudhar, Numark’s director of marketing, thinks it is. “I’ve been extolling the benefits of being bold and investing in community pharmacies, but in these uncertain times many people’s kneejerk reaction is to make cuts instead,” he says. “But I’m going to stick to my principles and say whenever a business is plateauing or looking as if it might decline, then you have to diversify what you do.”

This could simply be looking at things differently. Mr Mudhar says it “looks likely” that the six per cent cut in pharmacy remuneration in England is going to happen, so “you have to assume this will be through factors linked to dispensing of prescriptions, which means you are going to have to find another way of recouping that loss. Your strategy can either be to increase the number of prescriptions you dispense to offset the hit you are going to take, or do something else. Otherwise, you’ll only be managing a decline in the long term.”

Although they could be hit the hardest by cuts, it’s independent pharmacies that may be in the best position to invest, according to Steve Jeffers, chief executive of The Hub pharmacy group. He says that while even the major corporates are cutting back on refit programmes and staff training, independents can react quickly and “have an opportunity to steal a march on competitors – if you invest wisely”.

Pharmacy contractors will probably want to ask for expert advice about what to spend money on for best effect. “Some [advice] is free from the NPA or your main suppliers,” says Mr Jeffers, “but it could be worth paying an outside consultant to have a fresh look at your business and identify areas that could benefit from investment.”

Potential areas that business-minded community pharmacists might consider investing in now could include:

Staff training – while you might be tempted to cut back on training, many business experts say that investment in your people is the best way to improve service. Mr Jeffers believes that staff training and welfare are “always the best investment you make because it’s relatively cheap, but pays back hugely over many years with a highly trained and supported staff. Any other investment – even automation – will not succeed without a good team of loyal, well-trained and motivated people.”

Products and services – whether it’s reaching a new customer base in your community, developing a care home service or a collection and delivery round, or even stocking fitness supplements, you should keep a weather eye on changes in products or services that your customers need. Mr Mudhar says that even though “pharmacy naturally evolves anyway” when there are “no dramatic changes on the horizon driving any development, you still have to go and find those new things yourself”.

He advises that simply getting in your car and driving around your local area “can give you a good idea of what’s going on. There are so many new building projects happening, and a changing mix of populations, and someone has to be serving those communities. Find out who these people are and think about what you can provide that meets this demographic.”

Premises – when it comes to community pharmacy premises, it’s hard to ignore a shabby shop that is in desperate need of an update. But if the situation is not so critical you could consider new fixtures and fittings – renewing some of these even has a patient safety element.

One example of this is is the safe cold storage of vaccines, something that is very relevant as increasing numbers of pharmacies are offering a flu vaccination service.

Carolyn Holland is product marketing manager at Lec Medical, supplier of pharmacy refrigeration and drug cabinets. She says that as healthcare continues to dominate the news with frequent headlines about the NHS, and pharmacies in particular, “the emphasis on over-spending, wastage and improvement of facilities, as well as staff training, has never been more important. It therefore falls on establishments such as pharmacies to ensure that the facilities, equipment and staff will be able to provide exceptional service for years to come – without requiring frequent replacements, which lead to additional and unnecessary spending.”

Ms Holland says it’s possible to risk vaccines being spoiled or lost if the incorrect refrigeration equipment is used. “Inappropriate storage facilities, poor cold-chain distribution or a simple lack of checking and monitoring the temperature of the refrigeration system can all lead to extremely costly losses of valuable vaccines and medicines alike,” she says. “To avoid this, pharmacies that provide such vaccines and medicines must invest in specialised medical refrigerators. A domestic fridge is completely inappropriate and will lead to serious consequences if used.”

And while the link may not be immediately obvious, Ms Holland says investing in such areas now will maintain service and highlight to customers that “pharmacies are doing all they can to ensure the best service possible, even during the current healthcare debates”.

IT systems – is it time to bin that old dispensary computer system with its high maintenance costs and replace it with new model that can also help you identify MUR and NMS and other service opportunities?

The Royal Pharmaceutical Society has made repeated calls for community pharmacists to take a frontline role in the NHS by becoming the first point of contact for patients, and Chris Spencer, chief executive of healthcare IT systems supplier EMIS Group, says investment in pharmacy IT systems makes that possible. It’s a crucial aspect, he suggests.

“The pharmacy profession is keen to play a greater role in the care of patients, through secure and relevant access to patient information, [and] they can achieve that by investing in IT systems that benefit patients through better joined up care,” he says.

Mr Spencer believes the provision of such services in pharmacy brings “clear business benefits for community pharmacies”, which can play “an increasingly important role in the joinedup healthcare economy.

“From a business perspective, anything that increases the visibility of the community pharmacy as a centre of healthcare provision and advice has to be a good thing,” he comments.

Pharmacy automation – automation is not for everyone, but Mr Jeffers suggests that it is something that “should be considered in detail”.

Michel Jurgens, of pharmacy robotics company BD Dispensing, suggests that automation can help drive efficiency in pharmacy. The company, created after ARX was bought last year by BD Rowa, is aiming to increase it’s impact in the UK market. The company has more than 400 robots in British hospitals, but use of automation by community pharmacy is at a much lower level, he says. BD Rowa has more than 7,000 robots in pharmacies across Europe.

"We are now investing a lot in the retail market to have a dialogue with customers: not only automation in hub and spoke but also in-store automation.” Pharmacy automation can help gain business efficiencies by utilising your staff or your resources in a better way and freeing up resources to spend time doing more for your customers, he says.

“It’s possible to offer more services to your patients when you introduce automation. The pharmacy team have more time for patients rather than spending their time managing the stock of the medicines, because the robot is doing that.” He cites the example of savings made by customer Mayberry Pharmacy in Wales.

Does automation suit all pharmacies? “The size of robots vary and there’s a lot of development in that. A robot can be as big as a van or as large as a double-decker bus depending on your set-up, but you have to have a certain volume for it to make financial sense. Contact us and we can quickly evaluate if it’s relevant for you.”

From another perspective, Dara O’Malley, owner of Omnicare Pharmacy in Edinburgh, spent “a number of years looking for a system that would reduce both the labour burden and dispensing error risk involved with dosette production” before settling on a SynMed system from Synergy Medical for preparing and dispensing solid oral medications in blister packs.

The system can dispense 400 different types of medication (98 per cent of all solid oral medication typically used) into 32 different types of commonly used blister packs, filling up to 12 packs simultaneously. It also allows personalisation, with photos of patients and medications on the blister pack, which ensures the right patient gets the right medication. While it is filling, the pharmacy technician can be sealing packs and preparing external medication for the next tray, ensuring continuous production. Mr O’Malley says he is “delighted” with the investment.

Finance – large investments in equipment or premises will require negotiating the best financing deals, but even long-standing and regular outgoings can benefit from a review.

NPA Board member Noel Wicks is a director of Right Medicine Pharmacy, which has 15 branches throughout central Scotland, and is no stranger to managing costs. His advice is to look at costs you can control, such as wages, locum bills and utilities, and question whether you’re getting the best deal.

“It takes time to phone around, but there’s a significant amount of money to save by doing this,” he says. “Have a spring clean of your direct debits. Look at everything coming out and ask: do I really need this? The largest overhead will be rent and rates. If you have three or five years left on a lease, you may have an opportunity to negotiate. Landlords are keen to lock into longer terms as commercial properties are not moving as quickly as they have done previously.”

Taking control is a key action, Mr Mudhar says: “As we work in the NHS, so much is outside our control, so why not try put as much back in your control as you can? You can’t control funding being taken away from you, so control the things you can. If investment means stepping back and reviewing what you are doing now and seeing what you can do differently, then so be it. That’s good business sense anyway. You don’t need impending disaster to do that.”

Mr Jeffers adds a caveat. “You have to believe that your investment will make a sufficient return on capital or just do not do it,” he says. “You need to analyse your business and its growth opportunities in detail before committing to investing. It’s easy to spend money; it’s hard to invest.”

Tips for selling your pharmacy 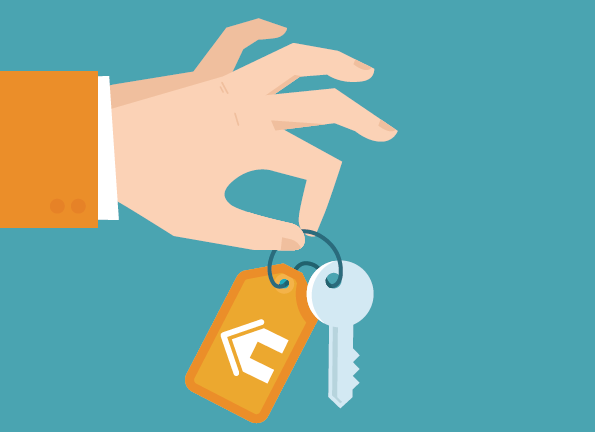