â€œThis could break up the local networkâ€

â€œThis could break up the local networkâ€

Transformation of brick and mortar community pharmacy, as proposed by the DH, could have unforeseen consequences, says the NPAâ€™s Ian Strachan 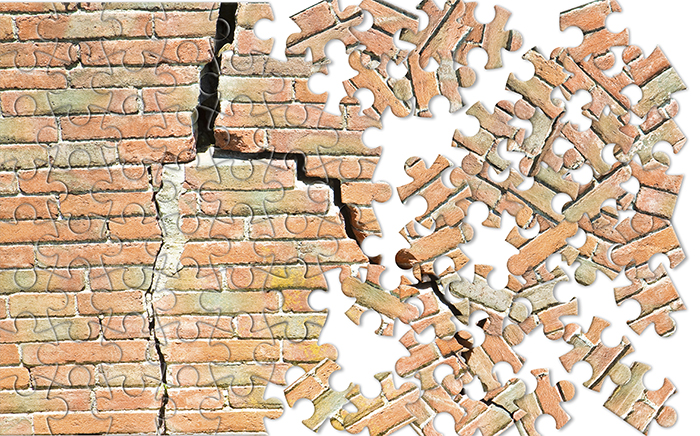 â€œThis is a leap in the dark, with the potential for decimating the network. Itâ€™s a network thatâ€™s proven its value versus a plan thatâ€™s based on assumption and is far from proven. We need time to pause and reflect.â€

He fears that this is based on a lack of confidence in community pharmacy, and says that this is wholly unjustified. â€œI do think there is a strong agenda here that doesnâ€™t believe in the network. But Iâ€™ll fight that with every inch of my breath. Itâ€™s almost a disbelief and a lack of confidence that community pharmacy can deliver, predicated by isolated examples of where pharmacy hasnâ€™t delivered,â€ he comments.

Responding by â€œradical transformationâ€ is not proportionate, he says, when community pharmacy is effective and could be part of the solution for primary care. â€œThere is almost a systemic disbelief in the capability of community pharmacies versus this ethereal â€˜clinicalâ€™ pharmacist,â€ he suggests.

But the sector has shown it can offer effective, quality services, he says. â€œJust look at the flu service. We achieved 500,000 vaccinations with virtually three weeksâ€™ notice. To get to an operational level like that so quickly was an amazing achievement for community pharmacy.â€

Pharmacists are shocked and angry at the DH proposals, says Mr Strachan, and are looking for sense to be made of the situation.

â€œPharmacies are doing record volume, more than ever before, have an impeccable safety record, have created huge efficiencies for the government and have risen to the challenges of flu in a huge way. And suddenly they then find that the future of their network is being potentially disarmed. So I think they are angry, and they want action from leaders.â€

The proposed changes have not been thought through, he suggests, and claims of potential cost savings have no firm basis. A consequence could even be the break up of the pharmacy network.

â€œWhatâ€™s the long-term, and what does the model look like for the rest of this government? Do they really think they can create efficiencies, reduce costs and free up the network by an automated model? It is unproven and itâ€™s un-evidenced, as far as I know, and is far more complicated. Could it be delivered at scale nationally? I actually donâ€™t think thatâ€™s got a chance right now.â€

â€œFor me, this is almost about disarming the network. Itâ€™s certainly looking to reduce the size of the network. When you think 1,000 pharmacies save about Â£25 million in establishment payments, then you are looking at Â£75 million. In the great scheme of things thatâ€™s chicken feed compared to the potential benefits that community pharmacy could bring.â€

He feels that the idea risks the hugely valuable network of brick and mortar pharmacies. â€œLooking at this consultation, it looks like what they want to do is to separate supply from services. That becomes more expensive, and becomes undeliverable from premises, and the premises are the heart of the network. Thatâ€™s what this is all about â€“ to retain the premises for the delivery of services. What this would do is to effectively rip the soul out of pharmacy.â€

â€œThe Ridge-Cavendish paper, when you break it down, is all about adding volume and cost. It talks about distribution, click and collect, internet sites and home delivery: is it really the governmentâ€™s ambition to create 11,500 distribution points? Click and collect just bypasses the value of pharmacy: optimisation, adherence and reducing wastage.â€

â€œAll of those measures are about increasing cost and volume. For an automated model to happen then there would have to be a line upÂ with GPs. Their systems would have to be in place, and then you are getting into the realms of the GP contract and likely additional costs. The whole thing escalates around cost, because you are freeing up access,â€ suggests Mr Strachan.

â€œThere is not a model being proposed here, itâ€™s an aspiration. I donâ€™t think that any of the people who have initiated these plans have done any costings â€“ the first thing we did is to look for evidence, and we havenâ€™t been able to find any.â€

Is an automated dispensing model at scale, really in the nationâ€™s interest, he asks?

â€œThe only efficiencies that we do know about across drug budgets are from the independent sector. Â£10 billion in 10 years is what independents have saved the NHS, through incentivised procurement across Category M.â€

â€œBecause we compete against each other, particularly in the independent sector, we are very aware of what patients want and what works for them. If there was demand out there, we would know. Eighty per cent of our patients are over 70 years old, and whatever you say, a lot of them are not akin to re-ordering online. They like the face-to-face contact that is being denied them with this proposed model.â€

â€œWhat is dispensing? Itâ€™s purchasing, procurement â€“ tendering for prices â€“ itâ€™s reconciliation. Thereâ€™s a natural inbuilt mechanism for keeping costs down and itâ€™s been a system that has worked.â€

â€œThatâ€™s not to push back from hub and spoke. There are members who use it and I understand why and Iâ€™m fine with that. But weâ€™ve got a lot of assumptions that this will free up capacity, release savings to the network and reduce drug costs.â€

I do think there is a strong agenda here that doesnâ€™t believe in the network. But Iâ€™ll fight that with every inch of my breath

Pharmacy organisations, including the NPA, are working together in response, says Mr Strachan.

â€œLet us give you an alternative roadmap that brings community pharmacies to the gateway of the NHS, to really use pharmacy to the maximum, and delivers savings and efficiencies.â€ The NPA, for example, has already announced a campaign to mobilise support from the public in maintaining their local pharmacy services.

As an independent contractor himself, Mr Strachan is passionate about looking after the interests of independent pharmacies. The cuts could hit the sector particularly hard, he says.

â€œIndependents havenâ€™t got the buffer of wholesaling margin for those that are vertically integrated and we are going to take the brunt of it. But there are no winners in this â€“ for independents or multiples. Independents have got leverage, but as they tend to have higher staffing levels they have got a lot to lose.â€

He says that he, and the NPA, â€œreally do careâ€, and are investing significant time, people and resources into the consultation. Should the cuts go ahead, members will receive support on how to cope, he says.

â€œThere are already stories of members who are putting their monthly bills on credit cards. NPA will be there to give the support and guidance to go and find those kinds of savings. If we do not halt this, then we are going to be ready to mobilise these resources.â€

The pharmacy bodies are working together during the consultation with the DH, that runs until 24 March. An alternative â€œroadmapâ€ is an important element of pharmacyâ€™s response, says Mr Strachan.

â€œThatâ€™s got to be a big job for the NPA â€“ to put forward an alternative roadmap that really does use the network, and believes in the network. Then we could pick up some easy wins, such as generic substitution, repeat dispensing and managing long-term conditions.

â€œThese are all things that we could take on, champion, and really make a difference to the quality and cost across the NHS. We could mobilise that in months, if there was a willingness to engage like that with us.â€

The value of community pharmacy

Ian Strachan talks about the network of delivery drivers that pharmacies provide, and their wider, and unrecognised, role in the community.

This is one example of what community pharmacy offers, he says. â€œWe are not paid for this, but we all do deliveries. These people are often the only part of the NHS that person regularly sees. They might sit with a patient and make them a cup of tea, pass messages from doctors or Iâ€™ve even heard of a driver putting up flatpack furniture for a patient.

The future of the community pharmacy network is at stake, he says. â€œIn the worst case, the contractor model is broken up, and community pharmacy becomes a managed service â€“ we lose the network and lose the ability of the independent sector to be able to influence the drugs budget. Then you are in to very unchartered territory,â€ says Mr Strachan.

This would also risk in-built systems in the pharmacy network that save the NHS billions of pounds, he warns. â€œDiversity of the independent sector has created year on year savings of 4 per cent. Which is what we save the NHS through procurement. If you take away the contractor-based model then where does that control sit? Itâ€™s breaking up a network that could do so much more.â€