Tax mistakes can be costly

Tax mistakes can be costly 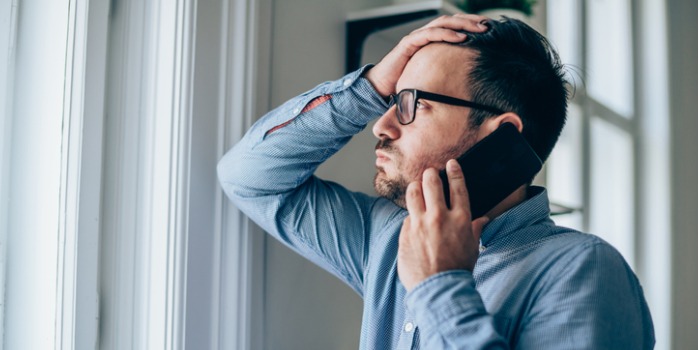 Technology has made it easier for HMRC to understand how taxpayers – personal or business – manage their affairs. But this means that HMRC frequently finds errors. Adam Bernstein looks at the most common reasons for official intervention

In a relatively recent tribunal case, a vehicle repairer failed to keep records for a number of years. HMRC raised an assessment of lost VAT amounting to over £46,000 based on only two invoices – the only information available to it over the period.

The taxpayer challenged this, but the tribunal upheld the assessment as the judge considered that HMRC had made a reasonable estimate on the limited evidence available. While the example is unrelated to pharmacy, it illustrates the risk of maintaining poor records.

Businesses need to retain enough information to accurately calculate their tax position. Although they can keep their records in any form, pharmacy owners need to think about what taxes they pay and the implications of HMRC’s Making Tax Digital programme when they are considering how they keep business records.

The self-employed should keep records for at least five years after the 31 January submission deadline for the relevant tax year. In comparison, a company must preserve its financial and accounting records for six years from the end of the financial year they relate to.

Poor record keeping can lead to HMRC charging penalties of up to £3,000 for each failure to keep and preserve suitable records. Worse, a director risks disqualification.

A common mistake made by the self-employed who also have earnings taxed at source through PAYE is to complete their self-assessment for business income, but leave out the PAYE earnings, thinking it has already been taxed.

While tax may well have been taken from a salary under PAYE, the amount may be incorrect. An individual’s tax rate depends on their total income, including PAYE, self-employment and any other income such as dividends.

In contrast, the deadline for filing a corporation tax return is 12 months from the end of the accounting period. VAT is generally reported quarterly. For any business with employees, reports on payments must be made through the Real Time Information (RTI) system on or before each pay day.

Penalties for non-compliance vary, depending on the nature and sometimes the amount of tax. For example, if self-assessment is up to three months late, the initial penalty is £100. After that come penalties of £10 a day for the next 90 days. If the return is still outstanding after six months, the penalty will be the greater of £300 or 5 per cent of the tax outstanding.

For corporation tax, penalties start at £100, with a further £100 once a return is over three months late. After six months, HMRC will estimate the corporation tax due and add a penalty of 10 per cent of the unpaid tax.

FAILING TO SAVE THE TAX DUE

While taxpayers have a duty to report, they also need to pay tax on time and payment schedules are complex. Taxpayers would do well to pay monies into a separate account for tax bills.

For self-assessment, tax is payable in instalments, with first payment on account due on 31 January in the tax year; the second by 31 July after the tax year has ended, with the final balancing payment on the following 31 January, at the same time as payment on account for the next tax year. Further complexity is added in that payments on account are based on previous year’s profits. Corporation tax is payable nine months and one day after the end of the accounting period.

Claiming for costs that are not allowable is another problem. For example, a self-employed individual can claim tax relief on the cost of training that refreshes existing knowledge, but not for learning a new skill. The rules are more generous for companies: a company can pay for an employee or director to learn new skills relevant to their work and claim against their corporation tax without creating a ‘benefit in kind’ for the individual.

Be careful not to claim for costs that do not relate to the business. Adjustments should be made for private use of business assets in an unincorporated business. And for an incorporated business, where a benefit is made available, it must be taxed and reported to HMRC. But just as over-claims can be made, it is very easy to miss genuine business expenses, especially where the business has not kept detailed records of its expenses; this will unnecessarily increase a tax bill.

Tax has the potential to be difficult and expensive if errors are made. However, taking professional advice or reviewing the rules on www.gov.uk and signing up for one of HMRC’s regular tax webinars will pay dividends.