With the governmentâ€™s 6 per cent cut in community pharmacy funding on the horizon, is now a good time to sell your pharmacy, or will buyers be put off by the threat of straitened times ahead? 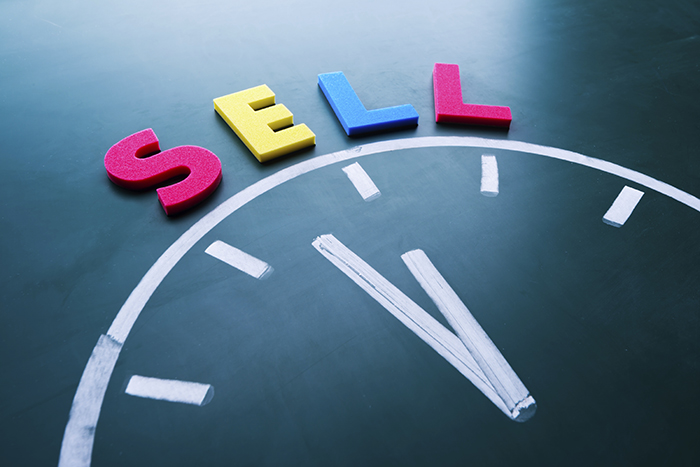 The Department of Healthâ€™s funding for community pharmacy in 2016/17 will be cut by Â£170 million â€“ a reduction of more than 6 per cent in cash terms â€“ and pharmacy minister Alistair Burt has admitted that between 1,000 and 3,000 pharmacies could close because of it.

So what might this mean for the value of a pharmacy business? Has pharmacy goodwill taken a knock? If you are a pharmacy owner thinking of selling, what impact will these changes have on your chances of divesting your business?

Andrea James, partner at Shoosmiths Solicitors, stresses that at this stage, the cuts to pharmacy funding â€œare subject to consultationâ€ and there is extremely strong opposition from the National Pharmacy Association, PSNC and the sectorâ€™s other representative groups. â€œSo the cuts are by no means a done deal just yet, although the reality is that the pharmacy sector will have to contribute to the NHSâ€™s Â£22 billion of savings.â€ She says that her firm has been instructed on new pharmacy sales within the past month, adding, â€œThere is still appetite among both independent and national multiples to acquire new pharmacies.â€

Tony Evans, head of pharmacy at business agents Christie & Co, says his firm has a database of more than 4,500 people looking for pharmacy opportunities â€œand we continue to agree sales to purchasers who are confident of the long-term viability of pharmacy businessesâ€, and the general consensus at solicitors Ansons LLP also seems to be that the market for sellers â€œwill remain buoyant despite the cuts in fundingâ€, according to partner Neil Jones.

There are still plenty of interested buyers out there who are willing to absorb the funding cuts or who are able to counter it through increased buying power and efficiencies. Richard Hough is a partner at legal firm Brabners LLP, and has been a community pharmacist for 25 years.

He still works in a pharmacy at the weekends, which gives him a dual perspective on the current state of community pharmacy. He says that the healthcare team of one bank he recently spoke to said it was already beginning to â€œsee some jitters in the market from proprietors in the over-50 age bracket, who were spooked by the proposed 6 per cent cuts, wondering if they should hang on for another few years before they retire, or whether they should sell up now and take the money and runâ€.

However, as Mandeep Mudhar, Numarkâ€™s director of marketing, points out: â€œThese uncertain times and unpredictable challenges we are facing are not something new to pharmacy; just look at the volatility and uncertainty that 2005â€™s new contract and the Category M announcement created.â€

And while he agrees that â€œthere is, no doubt, uncertainty over valuations of pharmacies nowâ€, he stresses that â€œthis happens whenever there is a seismic change in reimbursement for pharmacy, and itâ€™s only a lull period when buyers put the brakes on acquisitions. If you want to sell your pharmacy, you may have to wait a while as people might not be willing to pay what you want just now, but the market always picks up eventually.â€

Itâ€™s not just funding cuts that are causing uncertainty for many business owners. The government has identified clusters of pharmacies, and suggests that some pharmacies in these will need to close, although as yet no one is clear how this will be done.

While the DH is suggesting it is considering ways in which a perceived over-supply of service can be managed in certain locations, Mr Evans says â€œit has indicated that it will not impose closures but let the market decide on individual pharmaciesâ€™ viability as a result of proposed cuts or the removal of establishment paymentsâ€.

There seems to be no evidence to suggest that this will affect cluster pharmacies any more than it will affect those which are not in clusters, believes Mr Jones. Ms James agrees, adding that â€œit will remain a matter for each pharmacy owner to determine the financial viability of their business, [but] if the proposed cuts do come to pass, pharmacy owners will need to either adapt or, sadly, exitâ€.

However, pharmacy businesses should remain confident, stresses Mr Mudhar. â€œIf youâ€™ve got the footfall and customers then just motor on and believe in what you are doing,â€ he says. â€œAs long as patients need your service then who can dictate that your pharmacy is not viable? Ultimately, itâ€™s the customer or patient who needs advice and prescriptions who dictates whether your pharmacy keeps going or not. Government canâ€™t just impose the closure of a business on someone. I suspect they are going to be on thin ice if they start deciding these are the metrics we employ in closing down a business.â€

Clearly, the owners of pharmacy multiples are better placed to absorb funding cuts than independents due to economies of scale, but this could also be an opportunity for them to reduce their estates.

Mr Evans says his firm considers it â€œlikely that some operators may look to dispose of those units that no longer suit a managed ownership structure, but there will be a ready appetite of independent operators and first-time buyers willing to acquire theseâ€.Â And Mr Mudhar advises caution when it comes to downsizing, warning that although some multiples might think this gives them â€œa way outâ€ if they felt they had too many pharmacies in one place, it would only be an opportunity commercially if their business is not affected overall by the other pharmacies that remain in that area.

â€œYou canâ€™t guarantee if you shut one, all the prescriptions will go to your others â€“ they might go to your competitors and therefore weaken the other pharmacies you have. It all comes down to what happens to those prescriptions.â€

Survival of the fittest

So if you decide to wait a bit longer before selling, what can you do to maintain â€“ or even boost â€“ the value of your business in the wake of these cuts and changes?

A profitable pharmacy will still be an attractive prospect despite the DH proposals, because â€œeach pharmacy is valued on its own merit and many factors are taken into account; for example script numbers and staffing levelsâ€, says Ms James.

In fact, this may well be the time for pharmacy owners to invest in their businesses. â€œThink about what will bring in more footfall. Are your premises looking tired and need smartening up, for example? That may also make your business more attractive to potential buyers in future,â€ says Mr Hough. He adds the caveat: â€œUndertaking additional services is also a great way of evolving your business, but suchÂ services need to be adequately funded and resourced with good take-up rates in order to be sustainable and help bridge the funding shortfall.â€

Mr Mudharâ€™s advice is clear â€“ that investment and innovation are crucial in a battle of the survival of the fittest. â€œIn every business when you appear to be in a lifecycle that is plateauing or heading south, thatâ€™s the time to invest and innovate, much as it sounds completely contrary. If you donâ€™t, thereâ€™s only one thing that will happen: youâ€™re either going to manage a long, slow decline, or youâ€™ll hit a plateau which cannot be sustained.

â€œInvest more in staff training at this time so you can provide better service and attract more patients. Invest in technology, internet pharmacy or a click-and-collect facility. Promote yourself to a new demographic. Create a point of difference and that will be a strength. If it ends up being survival of the fittest, these kinds of things donâ€™t have to cost a fortune and thatâ€™s what will keep you ahead.â€

Mr Hough also takes the long view, citing the resilience of community pharmacy. â€œSix per cent is a big cut to take off the profits of any business. However, for as long as Iâ€™ve worked in pharmacy there have always been prophets of doom saying we are looking over the edge of a precipice, and yet the profession always adapts and endures. Pharmacists are caring professionals first and foremost, just like junior doctors who have taken a stand and said that enough is enough. Pharmacists are resilient; we work in the profession because we care, and we enjoy what we do. Itâ€™s part of my DNA, and I think lots of pharmacists would say the same. Inevitably, there will be some winners and losers, but I donâ€™t think this is the end for pharmacy.â€

Pharmacy remains strong and â€œready for a fightâ€, concludes Numarkâ€™s Mr Mudhar. â€œOur members are telling us â€˜Iâ€™ve faced worse before and if this is the worst then I have some resilience in dealing with this.â€™ I certainly havenâ€™t sensed resignation in pharmacists. They are ready for a fight and they are confident in the service that they provide. Thatâ€™s the confidence we need in pharmacists right now.â€