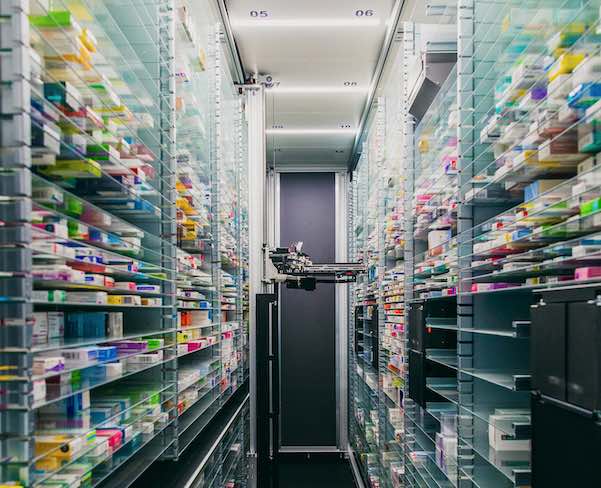 The combination of rising prescription volumes and reduced patient access to primary care NHS services has put pressure on community pharmacies to keep up the face-to-face contact that their customers want – and need. Add that to the Government’s requirement for greater value from pharmacy and it’s clear why many believe a hub and spoke dispensing model is the way forward.

On the flip side, others are concerned that centralised dispensing could drive down costs in pharmacy and, unless the pharmacist acts as the ‘spoke’ handing the prescription items to the patient, lack of contact could also put opportunities for heath interventions at risk.

While the pros and cons remain up for debate, hub and spoke is already happening, with the technology embedded in multiples and large chains.

As the self-proclaimed “pioneers of developing industrial scale pouching within the UK”, Phoenix began testing initial proof of concept in 2017 at its NuPAC hub and spoke pouching facility. Supported by BD Rowa as its first commercial release partner in the UK, the two worked together to demonstrate the safety and quality of the automation. Rowa’s dose pouching technology now forms part of Phoenix’s automation toolkit for producing patient-specific medication regimes as an alternative to the manually assembled MDS that are commonplace in community pharmacy.

The driver for this – and for pharmacy in the wider sense – according to Nicky Grundy, head of Numark Consulting, is that: “Without the introduction of automation centrally, our local teams and pharmacists simply do not have the capacity to focus on the service agenda, which is the forecast area for new and more profitable income streams.”

Janice Perkins, pharmacy superintendent at Well and chair of the Community Pharmacy Patient Safety Group, says it was a similar requirement that drove the multiple down the same path. She cites the decision to invest in dispensing automation as the “recognition that we needed to create capacity for our pharmacy teams to provide person-centred care and place their focus on the provision of services, health and wellbeing advice and prevention.”

Like Phoenix, Well stress tested its system, and had to make adjustments in order to accommodate its hub. “We had to validate the end to end process and did this for in excess of 50,000 prescriptions”, says Ms Perkins. “At the same time, we introduced a new PMR and had to ensure that all the systems talked to each other without any loss or corruption of data.”

This constant quality and safety surveillance never stops. Well uses barcode technology to confirm product accuracy at both ends of the dispensing process. At NuPAC, Phoenix deploys optical checking technology to analyse the contents of each individual pouch, at molecule level, with branches required to complete an accuracy and clinical check prior to transmission to ensure the accuracy of the order against the original prescription.

Robotic recruitment is bound to have repercussions for staff, but these can prove positive.

“Initially, our teams were apprehensive about the changes, and their concerns were heightened due to a previous unsuccessful attempt to introduce a similar system,” admits Ms Perkins. “We also had to change all of the operating processes in the ‘spoke’ pharmacies, and which activities would be undertaken by which roles.”

Her advice is that it’s “essential” to engage with all staff members, because for hub and spoke to be a success, it relies on everyone “trusting their colleagues to follow the agreed processes”.

At Phoenix, the roll out programme for both its NuPAC and MediPAC assembly solutions was supported by training and a dedicated retail transformation team that spent time in every branch prior to going live, explaining the reasons and logic behind offsite assembly and the benefits to both staff and patients.

To reassure patients, Well obtains “informed verbal consent” and displays notices in-store which explain the system. “Any patient who doesn’t want their prescription supplied in this way can still have it dispensed locally,” says Ms Perkins. “We just ask for an extra day’s notice to allow for the timing of items returning from the hub.”

At NuPAC, patients receive a communication guide, followed by a consultation with a member of the branch team to make sure they or their carer are fully aware of the new system.

Ms Perkins says automation has had a huge impact on Well’s in-store pharmacists by reducing workload, giving pharmacy teams “more capacity to deal with Covid issues” and ensuring local communities have timely access to their medication. A similar benefit has been felt by Numark branches, which Ms Grundy says have benefitted from “an increase in capacity, as circa 50 per cent of their assembly can now be completed off site. This has allowed for additional time to be directed towards services and was critical when faced with the unprecedented demands placed by Covid.”

Above all, the biggest benefit of automation has to be patient safety.

Last year, LloydsPharmacy’s parent company McKesson UK said it was so impressed by the significant drop in error rates it had seen since introducing automation at its dispensing warehouses in Bristol, West London and Warrington that it intended to double its automated dispensing capacity by June 2020. The plan was to achieve this  through optimising working practices and increasing operating hours, the company said, as well as adding “additional capacity if required”. 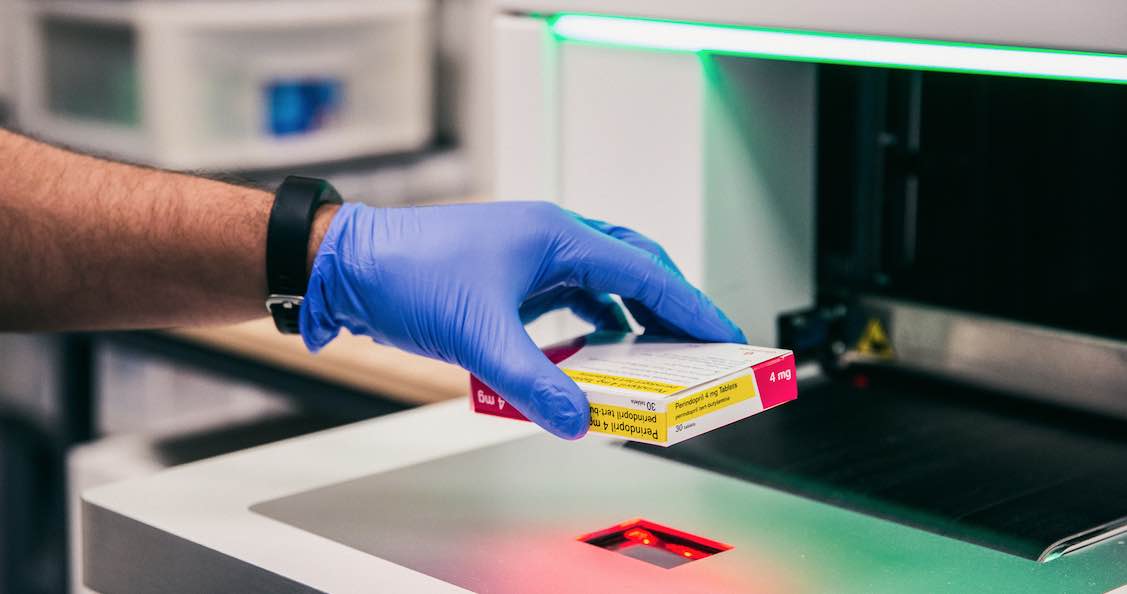 As with so many organisations, the coronavirus pandemic has temporarily paused these plans, but it has also been a useful test of the system’s resilience. “Our hub volumes increased by over 20 per cent in the second major week of Covid-19 as patients rushed to re-order medicines,” says Lucy Robertson, head of patient administration systems at McKesson UK. “This put a strain on the process and throughput, but the capacity was available across the network and recovery took less than 24 hours.”

Ms Robertson says error rates have continued to reduce the more the system is used, and it is now “over twice as accurate as manual dispensing”. She adds that the pre-Covid plan to double capacity and usage “is now re-starting”.

The benefits of automating a hub are not just reserved for the big players.

Manager and health champion Sachin Patel installed a BD Rowa Vmotion at Lincoln Pharmacy in 2019 when it relocated to below a new health centre as part of a project aimed at creating a regenerated environment for health and education in Tower Hamlets, London.

The machine soon earned its stripes, with its error log showing “fewer than one incident a month”, and staff having more time for contact with customers. “Our aim with automation has always been to free up our staff onto the shop floor to give our customers the expert service that we are all trained to give – including my father Atul, who is our superintendent and an independent prescriber”, says Mr Patel.

The plan now is to use the machine as a hub for Mr Patel’s second pharmacy – Bonamy Pharmacy in Southwark – which is currently undergoing a refit. “We’ve had to delay this simply to deal with the rise in customers because of Covid, but we are getting back on track with that plan now, and we know that the robot is going to be a huge help.”

Supporting a change of focus

Stephen Dickson, owner and superintendent of the Dickson Chemist group of pharmacies in Glasgow, also used a refit as an opportunity to add automation. The latest addition to his robotic stable is a Rowa machine in his Partick branch, which joins a bespoke BD Rowa Vmax in head office running central distribution for the group’s seven pharmacies, and an
11 metre Vmax in the Bridgeton branch.

“Our robots have enabled us to change our focus from simply dealing with the fast turnaround demanded by walk-in business, to being able to supply the needs of our local community with more clinical and patient time without taking on any extra staff,” explains Mr Dickson.

“They also give us much better stock control, which has really helped during Covid. We’ve been one of the few pharmacies actively recruiting patients who were struggling to get home deliveries, because we knew our automation gave us significant capacity in the network so we were not concerned about overloading our pharmacists. And even with staff isolating or sick, we were able to produce prescriptions in a standard and sensible manner. The machines just keep going, even when you are closed.”