Concerns that patients may have failed to present at GP surgeries could be behind a fall in completions of the New Medicines Service, according to the latest data from NHS Business Services.

Analysis of the latest numbers by PharmData, split by the NHS’s subregional STP/ICS geographies, reveals that in the 12 months to September 2020, around 833,000 NMS episodes were claimed for in England, compared with over 934,000 in the previous 12 months.

Only six areas showed an increase in provision of the service, with Northamptonshire leading the way. It saw a 10.1 per cent increase in the NMS total, to just over 15,000 in the year to September 2020. 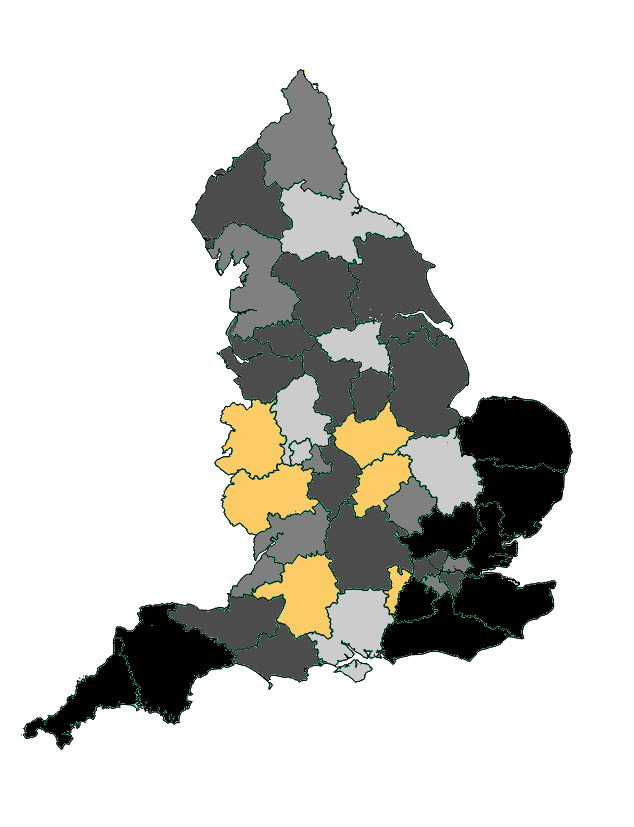 At the other end of the scale, the sharpest decline in total NMS episodes was seen in Derbyshire. Just under 14,000 NMS were delivered in the same period, compared with more than 18,000 in the 12 months to September 2019, a drop of 22.7 per cent. Performance by area can be seen in the map on the left.

The tables show the top and bottom five areas in terms of NMS completions per pharmacy.

The data on prescription volumes in the 12 months to September 2020 shows a very mixed picture. Average annual volumes per pharmacy fell in 18 STP/ICS localities and rose in the other 26. The largest drop was in Bristol, North Somerset and South Gloucestershire; pharmacies there dispensed just under 91,000 prescriptions in the year, compared with just over 97,000 in the 12 months to September 2019 – a fall of 6.6 per cent. 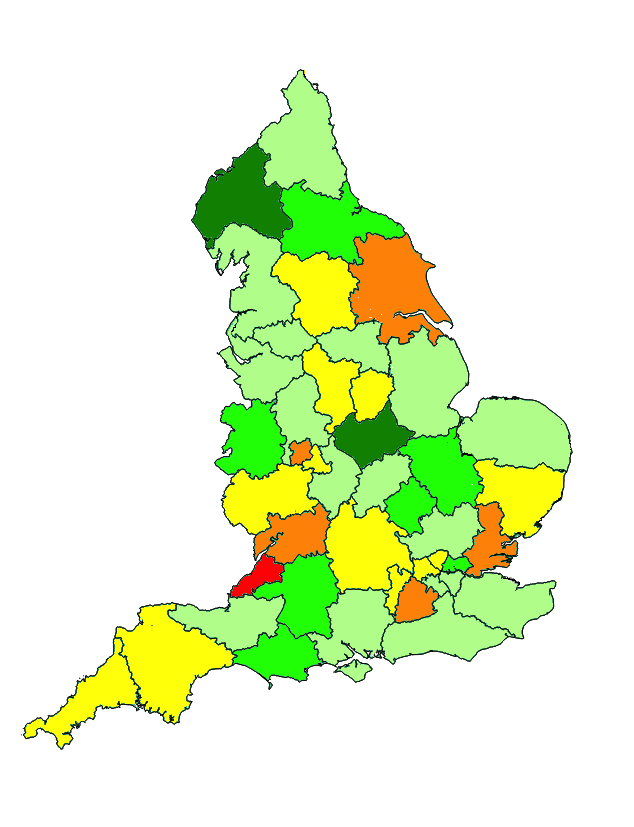