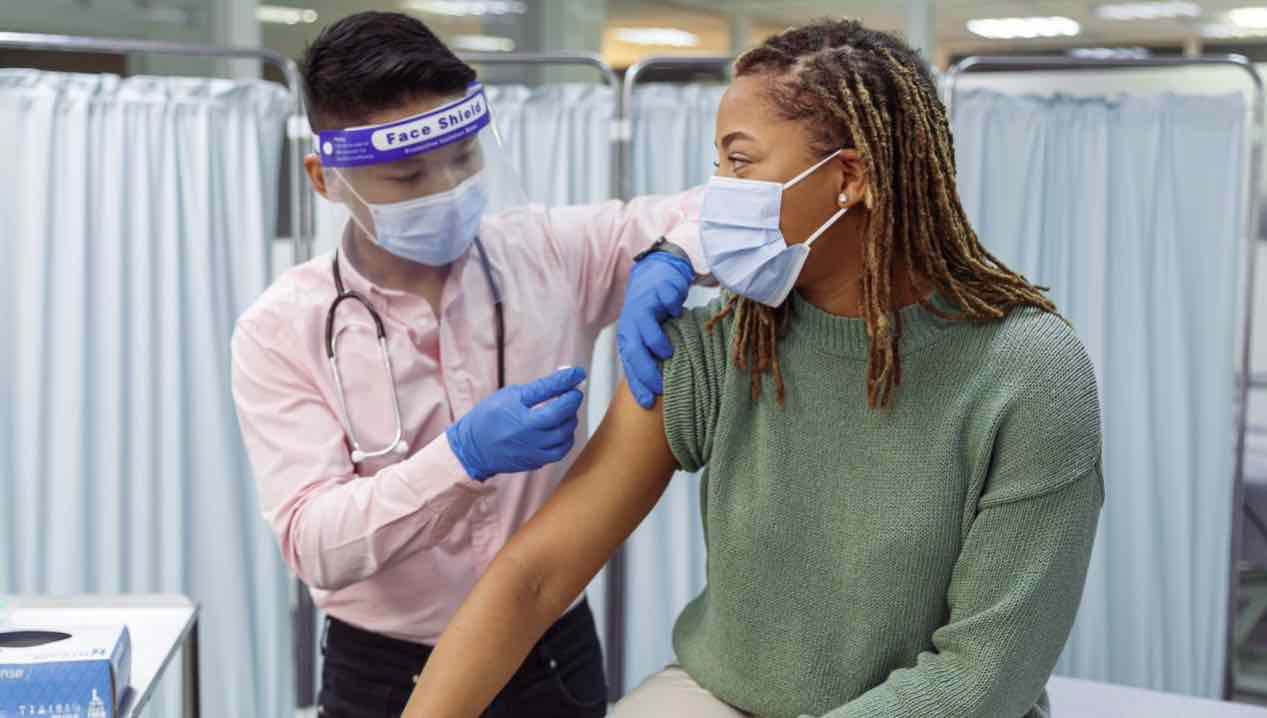 Community pharmacy leaders engaging with their local integrated care systems (ICS) might want to consider the lessons coming through the NHS England and NHS Improvement (NHS E&I) Core20PLUS5 approach to supporting the reduction of health inequalities, which is a key workstream at both national and system level.

“It’s not just about the numbers – it’s the right numbers,” says Dr Bola Owolabi, NHS E&I director, healthcare inequalities. Dr Owolabi told the NHS Confed Expo conference in Liverpool that when she started in her role, many people told her, ‘We are awash with reports on what health inequalities are and why they are. What is lacking is how you make inroads’.

“We have set out a number of practical priorities,” she said. “Whatever the restoration is about – the redesign of urgent and emergency care pathways, the recovery of out-patient services, or the restoration of long-term condition management in patient care, the solution is about doing it in an inclusive way.

“The data tells us that when we look at premature mortality, it’s the bottom 20 per cent, and all those people who don’t show up in the data at all, the 20-plus. We have asked every ICS: ‘Who are the 20 per cent most deprived by the index of multiple deprivation, and in addition to that, who are the population that don’t show up in your data – homeless people, Gypsy, Traveller and Roma communities, those in the asylum system. They are your ‘plus’.

“Once we have identified the core 20-plus, we then go after these five areas: cardiovascular disease, cancer, respiratory disease, maternity and severe mental illness. We are very much on that journey.”

The Covid vaccination deployment provided a real example of the benefit of complete datasets as a start point for tackling inequalities, Dr Owolabi said. “When we disaggregated the data, we discovered that while we were celebrating, quite rightly, that the uptake in January 2021 for the over-80s was a world-leading 82 per cent, the uptake in Black Africans was 38 per cent, Pakistanis 44 per cent, the people in the most deprived part of the country 45 per cent.”

The NHS needed to accelerate its prevention strategies and strengthen its leadership and accountability for action on inequalities, said Dr Owolabi. “We asked every NHS Trust, every ICS, every region to have a named executive lead for health inequalities. Without leadership, we can’t talk about the other priorities for tackling inequalities.”

Executive clinical director for cardiovascular health at academic health science network (AHSN) UCL Partners in London Dr Matt Kearney agreed that stratification of populations was important. “Who are those at greatest risk? Don’t try and focus on everyone. Second, use your wider workforce.”

In the blood pressure optimisation programme being run by AHSNs, working with ICSs, Dr Kearney said: “ICSs have been provided with data to enable them to identify who are the 20 per cent at highest risk and which practices serve them, and who are the 20 per cent whose blood pressure control is poorest. The expectation and the push in ICSs is to focus on those groups.”

In 2019, the Government set an objective for England to be smokefree by 2030, meaning only 5 per cent of the population would smoke by then. Without achieving this, it will not meet its manifesto commitment “to extend healthy life expectancy by five years by 2035”. Nor would it fulfil its ambition to save more lives as part of a new 10-Year Cancer Plan.

Without action, England will miss its target by at least seven years, while the poorest areas will not meet it until 2044, says Dr Javed Khan OBE in his independent review for the Office for Health Improvement and Disparities.

Dr Khan, the former chief executive of Barnardo’s who is now chair of the Buckinghamshire, Oxfordshire and Berkshire West Integrated Care Board, says that to have any chance of hitting the ‘smokefree 2030’ target, the rate of decline in people who smoke needs to accelerate by 40 per cent.

The Khan Review: making smoking obsolete says public support for Government action to limit smoking has grown significantly in the last 10 years, while the prevalence of smoking in England fell from 19.8 per cent in 2011 to 13.9 per cent in 2019. However, 46 per cent of people now think the Government is not doing enough – up from 29 per cent in 2009.

Dr Khan says the NHS should invest to save, to reduce the £2.4 billion that smoking costs the service every year. He has four ‘critical recommendations’ for the Government:

He has other advice too: rises in duty of at least 30 per cent (and the abolition of duty free), tobacco licences for retailers, a fundamental look at cigarette packs to reduce their appeal, and even more smokefree places where people cannot smoke, with a £15m a year mass media campaign to create a smokefree culture while encouraging smokers to quit by directing them to support services and dismantling myths about smoking and vaping.

He suggests the Government should accelerate the path to prescribed vapes and provide free ‘Swap to Stop’ packs in deprived communities, while doing everything possible to prevent children and young people from vaping, including by banning child friendly packaging and descriptions. Given his new role, we might expect to see him call for integrated care systems to lead on meeting smoking cessation targets, at the very least in his own area.

The NHS needs to move to a new community model if it is to find a sustainable solution to the current demand crisis, according to a report from New Local.

In A Community Powered NHS, the independent think tank, whose mission is to “transform public services and unlock community power” argues that the NHS needs to move away from its focus on treating illness when it arises to preventing it from developing in the first place.

It argues that the NHS has been shaped by two paradigms that reinforce an acute response rather than a prevention approach. Neither the ‘state’ model – top down, standardised, passive patient, quantitative data, dedicated to treating illness – nor the ‘market’ model – efficiency-driven, targets, performance management informed by quantitative data, transactional, dedicated to treating illness more effectively – reckoned with the growth in demand. What they do is reinforce “an organisational culture and set of practices that treats acute response as the overwhelmingly central aspect of the NHS’s role while marginalising efforts to prevent demand occurring in the first place”.

By contrast, a new community paradigm, based on the principle that communities themselves have valuable insights into their own circumstances and what they need to thrive, should adopt prevention as the key organisational principle, and replace passive or transactional patients with individuals who are participants in their own health. As for data, a community model would see quantitative data supplemented by qualitative community insights, with accountability across the system vested locally in the context of a national outcomes framework.

“Proper prevention is impossible without active, participating individuals and communities,” the report says. “Health institutions need to be capable of working alongside communities, responding to their insights, and investing in them so they can actively participate in shaping better places and services.”

New Local says three shifts are needed. The first is to “look at individuals holistically and understand that they are not defined by ill health”. The second is to recognise individuals as active participants in their own health outcomes, suggesting an emphasis on empowerment and wider community support. And thirdly, there needs to be a shift in the role healthcare bodies play in addressing the social determinants of health, including isolation, poor housing and poverty.

“All three shifts require a fundamentally different mindset and set of practices for health institutions and the professionals working within them, away from mostly treating ill individuals within the hospital or clinic and towards working outside the healthcare institution with communities and partners to address the underlying causes of ill health,” the report says.

The report draws on examples such as Healthier Fleetwood (P3pharmacy, February 2019), where three GP surgeries have bridged the gap between healthcare providers and local residents to help people become active in improving their own health and wellbeing. Today, there are 28 groups in the town, largely self-managed by residents, choirs, walking groups, Men in Sheds therapy groups, all designed pragmatically and firmly embedded in the local community.