Is the GPhC consultation preaching to the choir?

Is the GPhC consultation preaching to the choir? 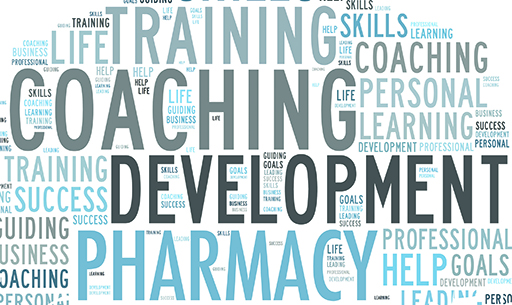 The GPhC consultation on employersâ€™ responsibilities for patient safety hinges on guiding and training pharmacy staff to ensure the safe running of pharmacies. The proposed guidance covers both registered and unregistered staff and includes pharmacy managers who are not pharmacists. At present, they are not regulated by the GPhC and are primarily accountable to their employer, who is responsible for the impact their work has on patients and the public.

This is the first time the GPhC has set out what pharmacy owners should do to make sure that non-registrant managers understand their responsibilities and the responsibilities of the rest of the pharmacy team, including pharmacy professionals.

Following the consultation â€“ which runs until 11 October 2017 â€“ and subject to its governing councilâ€™s approval, the regulator is proposing that it would no longer approve individual training programmes and qualifications for unregistered pharmacy staff.

Rather, it will be down to pharmacy owners to select appropriate training for their staff, in order to make sure they are â€œempowered and competent to safeguard the health, safety and wellbeing of patients and the publicâ€.

So why did the GPhC feel that non-pharmacist managers needed to be included in these proposals? It says it is because staff in managerial or leadership positions, who may or may not be registered pharmacy professionals, have â€œsignificant influence over the culture, practices and environment of the pharmacy business, and the delivery of pharmacy servicesâ€.

At the root of this are the changes in the NHS contract and the services available from pharmacies that have, over time, led to the separation in some pharmacies of the managerial and pharmacist role.

â€œIn some cases, the manager in the pharmacy may now be a non-registrant, and with the role comes the authority to make decisions regarding the dayto- day planning and running of the pharmacy,â€ says Lisa McCreesh, professional and regulatory standards manager at Well, â€œand it is important everyone is clear about the standards that are required to make this work.â€

At LloydsPharmacy, managers have been working on embedding a safety first culture in pharmacy teams since the launch of its patient safety programme, SaferCare, in 2013. â€œOur SaferCare programme applies to all colleagues in the pharmacy network, whether they are registrants or not,â€ says Victoria Steele, head of clinical governance and professional standards at Celesio UK. â€œThis initiative reinforces patient safety as the ultimate priority for all team members and includes regular assessments of environment, people and process, as well as reporting on errors and near misses.â€

While some may baulk at the idea that pharmacy managers â€“ nonpharmacists or not â€“ need to be reminded that they must make patient safety a priority and take action to protect the wellbeing of patients and the public, Leyla Hannbeck, the NPAâ€™s chief pharmacist, says the point is to â€œcreate fair accountabilityâ€.

Another reason is that the line between what a pharmacist and a non-pharmacist does in the pharmacy can be â€œquite blurryâ€, according to Mandeep Mudhar, Numarkâ€™s director of marketing. â€œOften theÂ non-pharmacist does deal with patients, such as handing out or taking in prescriptions, selling OTC, etc, and so it is valid that there are some standards to ensure they are operating in a way to promote patient safety,â€ he says.

From the point of view of non-pharmacist managers, Ms Hannbeck says the changes within the new standards will be around new stipulations on their responsibilities, such as:

Whatâ€™s more, Ms Hannbeck says, the GPhC will seek evidence of this accountability through its regulation of registered pharmacy premises, for example when monitoring feedback and outcomes from pharmacy inspections and examining feedback from employers and other professional bodies.

Ms McCreesh believes it is the changes in the business of retail pharmacy that will impact the roles of non-pharmacist managers or create the need for additional development and training, rather than these proposed new standards. â€œThe proposals are clear that the responsibility for competence and training of non-registered staff will lie with the pharmacy owners and the emphasis is on having the appropriate skills for their role, with the focus on competence as well as a qualification,â€ she says.

â€œNon-pharmacist managers working in pharmacy â€“ either in a patient-facing or in a field role â€“ work to the GPhC Standards of Pharmacy Premises and already have an important role in leading their teams to meet these standards in the day-to-day management of the pharmacy. In this respect, managers will continue working with the pharmacists and technicians.â€

So while in many ways it may appear to be business as usual for pharmacy managers, Ms Hannbeck believes it is important to create standards for those who are non-registrants, because of the 360-degree scope of their management role.

â€œThe role of non-pharmacist managers is not regulated, so consequently there are no professional or regulatory standards that govern this role,â€ she says. â€œHowever, at the moment, managers are expected to manage the RP who is responsible, by way of their professional standards, for the delegation of pharmacy tasks to competent individuals. Creating standards for non-pharmacist managers allows for appropriate sharing of this responsibility.â€

Then there is the patient-facing aspect of the role. â€œVery rarely does a non-pharmacist manager sit in an isolated office within the pharmacy,â€ says Mr Mudhar. â€œThey are working in the pharmacy on a day-to-day basis and have touch points with patients and, in many cases, they are also acting as a counter assistant â€“ all of which can have patient impact.â€

As with any changes, there is the potential for some teething problems when it comes to getting used to the new standards.

Because the GPhC will no longer be accrediting courses for unregistered pharmacy staff members and the onus will instead be on pharmacy owners to choose the appropriate training for their staff, Ms Hannbeck says this could have a particular impact on non-pharmacist pharmacy owners. â€œThey may find it challenging to source relevant and appropriate training, particularly because the GPhC now considers its previously provided minimum training requirements for dispensing assistants and medicines counter assistants outdated and no longer applicable to the wide variety of roles now exist in the pharmacy team,â€ she says.

In addition, the GPhC considers that the terms â€œmedicines counter assistantâ€ and â€œdispensing assistantâ€ do not accurately specify the roles of pharmacy staff. â€œMore precise titles to describe the roles fulfilled by pharmacy staff members may be required in future, which could complicate the role of many non-pharmacist managers who are also fulfilling the roles of medicines counter assistant or dispensing assistant,â€ says Ms Hannbeck.

Mr Mudhar hopes the changes wonâ€™t be onerous, while Ms McCreesh takes a long view. â€œIn the future, pharmacists will continue to take on new and enhanced roles, and through the proposed changes to the standards the GPhC is acknowledging that the roles and responsibilities of pharmacy staff are changing to future-proof the profession,â€ she says. â€œThis will give confidence to the public that community pharmacy can continue to promote safe and effective care, in the knowledge that all the staff in a pharmacy have the appropriate skills and credentials for their role.â€

Indeed, as the number and extent of public services provided by pharmacies continues to grow, pharmacy teams need to be more diverse than ever, hence the emergence of new roles, including nonpharmacist managers, both in the pharmacy and in field-area manager positions.

As essential members of the wider primary care landscape, perhaps it is no surprise that the GPhC seeks to ensure that the framework for these varied roles provided by the community pharmacy team is strengthened in line with these new challenges and opportunities, in order to show recognition â€“ and support â€“ for the changing face of pharmacy.

Information on training and accreditation