How pharmacy benefits from working with Europe

How pharmacy benefits from working with Europe

Given the mood of the referendum it may not necessarily be fashionable to acknowledge the great work that has been done by bodies that work in Europe. But one organisation, the Pharmaceutical Group of the European Union (PGEU), is a good example of a body that has significantly benefited pharmacies across Europe and in the UK. Its members include the national associations and professional bodies of community pharmacies in 33 European countries. Collectively they represent 160,000 community pharmacies and over 45 million people visiting a pharmacy every day.

In June, Raj Patel MBE of the National Pharmacy Association â€“ and the owner of a chain of 17 pharmacies â€“ was elected president of the PGEU, a role he begins in January. With Brexit looming he is just in time to serve in the role, though, as the UK will still be in the EU next year, this will not significantly affect his tenure. He also hopes that the UK will continue to be involved with the group in the future, whatever happens. â€œWe have been pivotal in a number of initiatives and want to continue to be pivotal,â€ he comments.

He expects that 2017 will be a busy one for the PGEU during his time as president. Priorities include the pharmacy workforce, the Falsified Medicines Directive, self care, healthy ageing, medicines adherence, patient safety, and more.

He spoke of the challenges that pharmacy is facing across Europe in his acceptance speech: â€œThe European economy is not in a great shape. Efficiency savings and cost-effectiveness are sound bites commonly used by our governments, which often results in community pharmacy having to foot the bill through reduced remuneration. Despite these challenging times community pharmacy is committed to advance, innovate and ensure it is clinically engaged with our patients.â€

It is essential that governments across Europe invest in pharmacy so that an integrated network of professionals is maintained and populations right across Europe can benefit from the expertise offered by pharmacy, he said.

Whatâ€™s ahead for the UK?

With his knowledge of working with pharmacy representatives across Europe and EU organisations, what does he think will happen next year and in the coming months?

â€œNo two people have the same opinion when they talk about Brexit. Of course, it is ever so uncertain and certainly there will be a range of issues that will effect the UK in general and obviously pharmacy.â€

Immediately there is potential for medicines shortages, he said. â€œIf the pound is going to be devalued any further, that makes it very expensive for the UK to buy parallel imports. The PI market will shrink, which will have a consequential effect on a couple of things. First, the margins will be affected through community pharmacy and second, there will be an issue with availability of stock. As you know, both of those things will affect how we work.

â€œI think thereâ€™s also a third unintentional consequence in all of this â€“ the quotas. This is where the manufacturers will really need to have a good look at their policy for quotas and release some pressure on pharmacies. Pharmacies will want to order more UK stock and because of the quotas they wonâ€™t receive it. Weâ€™ve seen it before.â€

If this scenario was to happen alongside the UK governmentâ€™s threatened pharmacy funding cuts we could be gearing up for a â€œperfect stormâ€ with a number of things happening together, he suggests. â€œWeâ€™ve just got to be very careful.â€ Pharmacists should look at their stock and make sure they are covered for four to six weeks ahead, he advises.

Otherwise, in terms of pharmacy and Europe, itâ€™s business as usual, he says. A next step for the PGEU is a Europe-wide meeting of community pharmacy leaders. â€œWeâ€™re planning to have a summit of all leaders from pharmacy across the EU and see what the strategic way forward for the profession is going to be,â€ he says. And PGEU is actively involved in the implementation of the Falsified Medicines Directive, due in 2019.

Mr Patel is very positive about the impact of the PGEU and the work that it does: â€œItâ€™s an all-encompassing organisation and it does a huge amount in terms of professional ownership and regulatory issues and it has a very close relationship with the European Medicines Agency (EMA),â€ he explains.

Longer term, he says he finds it as hard as anyone to predict the effects Brexit will have on UK community pharmacy, but the future remains reasonably bright he suggests.

â€œI donâ€™t think anyone can guess about whatâ€™s going to happen, but whether we are in Europe or outside of Europe, pharmacy is going to stay safe. Patients will want a professional service and face-to-face interaction and weâ€™ve always provided that.â€

â€œBut in the short-term, things like the fluctuation in foreign exchange, the availability of products and efficiency savings will affect community pharmacy in the UK and this is something that we all need to be very aware of.â€

The UK files for divorce from Europe... 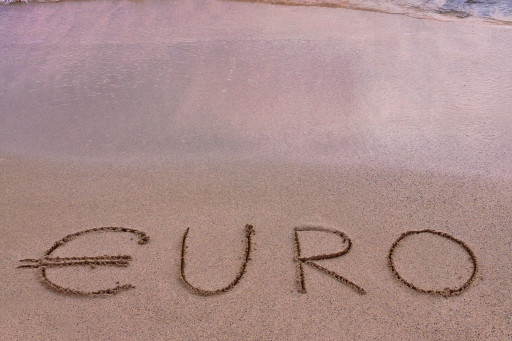 Brexit could cause disruptions for the drug approval process in the UK and in Europe, and the future of medicine regulation in Europe has been thrown into question. According to the BioIndustry Association, as the European Medicines Agency may have to relocate elsewhere, from its current base in London. Major UK players such as GlaxoSmithKline and AstraZeneca have long argued that leaving the EU would hamper drug innovation.

Until the pound recovers, the cost of imports will rise but exports should be more competitive. Many commentators believe that a weak pound could mean rising inflation, which in turn will place extra pressures on businesses already struggling to cope with competition. Indeed, the Petrol Retailers Association thinks that the price of fuel will rise because of the vote despite a fall in the price of Brent Crude oil.

The Bank of England has said it will not make any knee-jerk reaction changes and governor Mark Carney has said that the bank would take â€œall necessary stepsâ€ to support the financial system. The bank has contingency plans, which include deploying up to Â£250 billion to support the pound and quite possibly altering interest rates â€“ some suggested that rates could rise to make the pound more investable, while itâ€™s now mostly likely that rates could fall to help shore up the economy.