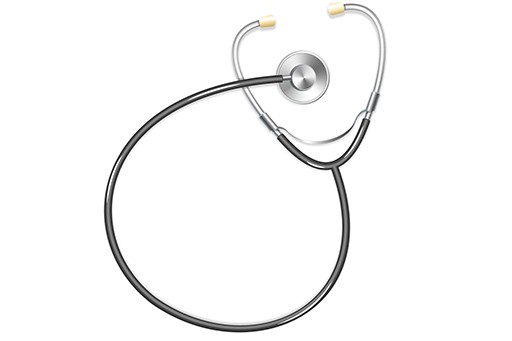 General practice and the pharmacy pilots

General practice and the pharmacy pilots

The shortage of GPs is creating a crisis that this year's pharmacists in general practice pilot may help to relieve. So how is this going to work?

After a decade of growing patient demand and falling resources, general practice is under pressure and patients are becoming increasingly frustrated. According to the BMA, nine out of 10 GPs say the standard 10-minute consultation "is not sufficient" and the unprecedented workload has "negatively impacted" the quality of care given to patients.

NHS England will co-fund the new pharmacists alongside GP practices and has recently more than doubled funding for the pilot from £15 million to £31 million. So far, 73 applications will receive a share of the funding, which will cover 698 GP practices and include 403 clinical pharmacists.

As part of the general practice team, clinical pharmacists will resolve day-to-day medicine issues and consult with and treat patients directly. This includes providing help to manage long-term conditions, advice for those on multiple medications, and better access to clinical advice on treatments. They will also assist with communication across a patient's care pathway, manage medicines shortages by suggesting suitable alternatives where appropriate and mentor newer pharmacists.

From the GPs' point of view, having a pharmacist in the practice means they can focus their skills where they are most needed“ for example on diagnosing and treating patients with complex conditions.

Where pharmacists are recruited after 31 March 2016 the 60 percent funding will be available only until 31 March 2017. After that, if the posts have been of benefit to patients, GPs and practices, they will then be funded wholly by the practice, cluster, or federation.

All pharmacists who participate in the pilot are expected to undertake predominantly workplace-based development and education that is being provided by the Centre for Postgraduate Pharmacy Education (CPPE).

The 18-month Developing Clinical Pharmacists In General Practice national learning pathway, which was drawn up in conjunction with GP practice pharmacists, Health Education England, NHS England, pharmacy educators, and the Royal Pharmaceutical Society, will train clinical pharmacists to work in general practice within the core themes of:

This pathway will be underpinned by the Royal Pharmaceutical Society's advanced practice framework and is further supplemented by the core practice curriculum. CPPE expects that successful completion of the pathway will allow trainees to apply for RPS Faculty membership.

The first steps in that direction have already been taken by the Ealing GP Federation in London, which has brought 17 practices to the table as part of the pilot, under the direction of senior clinical pharmacist Dr. Graham Stretch.

Dr. Stretch is an independent prescriber who specializes in medicine optimization and care of the elderly. He was part of the external project team that developed the CPPE training and is also prescribing lead for Argyle Care Home Service from Argyle Surgery in Ealing.

He leads a team of six general practice pharmacists (five of whom are prescribers), five technicians, and a pre-reg working in nine surgeries in the area. The team oversees the prescribing and medicines management for more than 75,000 patients, including 1,200 nursing home beds, and demonstrated a time saving of between 45 and 60 minutes per doctor per day in a recent audit at their largest 10-doctor practice.

Dr. Stretch says if we can get this pilot right from the start, "it has the potential to transform pharmacists' roles in primary care". However, he stresses that his experience with a broad skills mix from the whole pharmacy workforce has shown that "the foundation of pharmaceutical care in general practice has to be the safe, efficient management of prescribing, which is a different tack from training up 'patient-facing' clinical pharmacists to add to the surgery team, which is what the NHSE pilot plans". Without a core of prescription management being done by technicians, Dr. Stretch fears the clinical pharmacists in practice will get "increasingly dragged into the day-to-day tasks of repeat prescribing."

However, when it comes to the concerns of some community pharmacists that general practice pharmacists might take work away from their businesses, Dr. Stretch says: "From my experience, I can tell you that there is an absolute mountain of work out there, and even with six pharmacists we're only just scratching the surface. We have a sea of work to get through, and none of it replaces things such as MURs and NMS, so I hope we can all be more proactive about referring patients and queries to each other, constructive joint working, and making all our interventions more effective. The advent of SCR should also help with that."

Feet on the ground

Another proponent of joint working is Kalpna Merchant. She qualified as a pharmacist 25 years ago and for the past year has been working as a general practice pharmacist at South Meads Surgery in Farnham Common.

Although she wasn't given any formal training for the role, she says: "Fortunately, the practice was very patient and the GP I worked with was a GP trainer, so she gave me lots of constructive criticism and positive feedback. I learned where to find the information I needed and did a lot of networking. I was also lucky, as I also learned a lot from another pharmacist who was contracted by the CCG to work in the care homes locally."

"What I was supposed to be doing was saving money as well as GP time, so between us we streamlined the medicines of the patients in the care homes and cut down unnecessary script requests. The tangible results were cost savings, which meant that the CCG, as well as the practice, started taking my role more seriously."

Ms. Merchant says the biggest impact for patients that she has experienced is when they come out of the hospital and their medicines have been changed. "Understandably, patients can be unsure about what to do," she says, "so I liaise with the community pharmacy to make sure they've been given the right drugs, and that the patient and their carers are aware of what might be different. I'm a bridge between the patient, the community pharmacy, the care home, and the GP."

On the downside, Ms. Merchant says the lack of formal training has been a challenge. "You come from a community pharmacy so you know about medicines, but you probably don't know enough about the NICE guidelines, how they are implemented in the practice, the costs involved, and often you don't know how to find out," she says. "Also, GPs don't really know what pharmacists do, and we need to show them that."

And while the skills mixed in surgery needs pharmacy, Dr. Stretch warns that practice pharmacists may have to tread carefully in their communities. "I strongly believe that if the clinical pharmacists don't win the hearts and minds of their local community pharmacists about all being on the same team, and not taking work away from them, they will fail," he says.

"There is no room for elitism in this pilot. With sufficient open-mindedness, teamwork, vision, and support this can be made to work. The end game has to be all 8,000 GP surgeries and 11,000 pharmacies in England working constructively together for patients."

There is still a long way to go to solve the workforce crisis in general practice and creating new roles, such as practice-based pharmacists, is just one step in the right direction.

We have a sea of work to get through, and none of it replaces things such as MURs and NMS, so I hope we can all be more proactive about referring patients and queries to each other

For more information on CPPE training for clinical pharmacists in general practice, visit the CPPE website