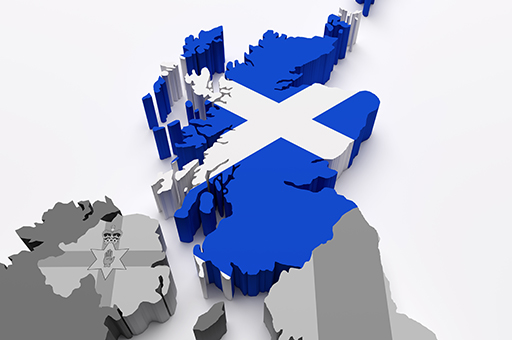 In February 2020, the Scottish Government and the Community Pharmacy Scotland Board finalised a three-year funding deal for the sector in Scotland. The deal (a multi-year first) runs until April 2023. It includes a 2.5 per cent annual uplift and, with an additional £2.5 million added to support investment last Autumn, the total funding available in 2021/22 is £265.477m.

The deal is complex, with multiple components that range from margin sharing with local health boards (LHBs); dispensing fees via a dispensing pool; establishment payments; uplifts of payments according to local need; higher payments for dispensing to care homes, and payments for achieving targets for electronic claiming of prescription costs and fees.

There are payments for delivery quality and for specifics like the Gluten-free Food Service (GFFS), as well as the developmental NHS Pharmacy First Scotland Service, plus other payments for training and the delivery of services like smoking cessation. That complexity means there is much to go through to see how the deal stacks up.

From a business perspective, there’s a lot to work through to decide what to do to maximise income. That is not necessarily a problem for those in the know, but you’ve got to feel for those new to community pharmacy in Scotland, who might be just setting up.

The funding deal recognises the wider context that community pharmacies work in and provides an uplift according to local ‘need’ through the Pharmaceutical Needs Weighting Payment (PNWP).

The adjustment covers age and deprivation and therefore recognises the workload that can be generated. That will cover things like dealing with complexity in assessing co-morbidities, through to offering more support on how to take medicines, especially for older people.

paying for minor ailments to be treated first in community pharmacy ... could have a pay-off, not only for patients, but for the NHS

There is a strong incentive in the deal for pharmacists to continue to find the best deals on medicines. This had also been the case before the 2020 agreement, but instead of a generic clawback, it moves to a gain sharing approach. Once the total income is over £92m, community pharmacies can keep 50 per cent of the margin, with the other 50 per cent going to the Local Health Board.

There is something appealing here: not only in encouraging community pharmacies to secure the best deal by allowing them to keep some of the benefit of shopping around for medicines, but also in sharing with the wider NHS, in a sort of hypothecated approach.

Knowing who else benefits and that it is the NHS –not some miscellaneous pot that could be spent on any government activity – could generate an additional feel-good factor within the contract itself.

Paying for quality and outcomes

For example, April to August 2021 included implementation and training for NHS Pharmacy First Scotland and the Public Health Service offering bridging contraception. The incentive is blunt though: there is only a payment for offering the service; there’s no additional income to reflect how well it is delivered.

Paying for outcomes works because it’s not a hazy idea based on ‘quality’. Instead, specified outcomes are rewarded. There is a public health service component of the Scottish deal which is included in 2021/22 public health poster campaigns, emergency hormonal contraception and bridging contraception. And in the smoking cessation service, there’s a payment directly linked to a patient outcome – the highest payment, of £35, is linked to recording people who reach a 12-week post quit date.

Although not stated by Community Pharmacy Scotland, nor highlighted in the Health Service circular describing the deal in 2022, there seems to be an underlying view that paying for minor ailments to be treated first in community pharmacy – and without gatekeeping by anyone else – could have a pay-off, not only for patients, but for the NHS.

As a result, NHS Pharmacy First Scotland is an example that others are looking to. The Royal Pharmaceutical Society and the Royal College of General Practitioners have both said the service could be an example for the Community Pharmacist Consultation Service (CPCS) in England.

The service launched in 2020 with an annual pot of funding worth £28.3m. It replaced the Minor Ailment Service (MAS), with payments made to community pharmacies on the basis of fixed elements and a variable one related to the episodes of care provided. The incentive is clear: do more, get more – up to the total value of the pot.

More funding has been allocated over time. The NHS Recovery Plan, published in August 2021, added a further £2.5m to the service.

Over two million NHS Pharmacy First Scotland consultations had been delivered by November 2021. Reassuringly too, the vast majority of people using the service were dealt with in community pharmacy, with only 4 per cent referred on to another health professional for treatment. Those designing it must be delighted.

This means that the scheme almost universally adds value and has not – as some might have feared – just added work and costs as patients could have always gone to a community pharmacy and also accessed other care in the NHS. Genuinely meeting needs, and meeting those needs earlier so avoiding worsening health, is typically the best value care.

There’s a year still to go, and there is an opportunity now to look at what’s worked well and where there could be improvements, in readiness for a new deal. More evidence is needed to understand practice on the ground, but the existing deal has set a high bar for setting out incentives for making the best use of community pharmacy, on paper at least.

Time too to look at the bigger economic picture. Just as everyone is, community pharmacy is likely to be feeling the pinch with rising costs like energy bills, so a key question to explore is whether the fixed percentage uplift of 2.5 per cent to the global sum remuneration has been enough and what uplift is needed for the future.