Recent political turmoil in the country has led to significant delays to the Falsified Medicines Directive implementation, which could be a cause for concern for community pharmacy 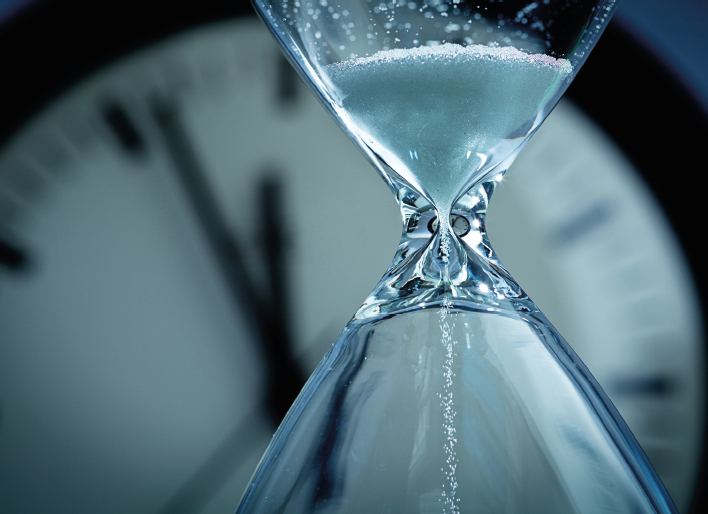 The Falsified Medicines Directive (FMD) is due to come into force in just over 18 months, and could herald some of the biggest changes in recent years to the way we work in pharmacy dispensaries. Yet the road to implementation is already blighted by delays.

This piece of EU legislation to improve patient safety has been rumbling on for some years now. Pharmacies in all member states will need to be compliant with the new regulations from 9 February 2019 when the directive finally comes into force, a full eight years after its original inception.

The central European hub that will be linked to the national databases required by the directive is now in place, but there is still a lot of work to do. There is increasing concern that there may not be enough time left to implement all the changes that need to be made.

What is the FMD?

Aimed at improving patient safety by minimising the opportunity for tampered with or counterfeit (â€œfalsifiedâ€) medicines to enter the supply chain, there are a number of changes that will take place.

It is important to note that it is not a â€˜track and traceâ€™ system, according to Jonathan Buisson, communications lead for the FMD working group for community pharmacy. â€œIt is a safety net system before we supply to the patient,â€ he says. â€œAll packs will have machinereadable codes and expiry date information. At the moment, these are not on the pack in a machine-readable form.â€

Delays to the consultation

As you will know, all legislation changes are likely to face a government consultation, and the FMD is no exception.

We are already six months overdue on the consultation expected from the Department of Health and the MHRA. This is expected to look at the overall impact and cost of the changes, the possible â€œflexibilitiesâ€ that are afforded in the directive and the actual legislation needed for the directive become law.

Originally due at the end of 2016, the first delay was caused by the impact assessment taking longer than expected due to its complexity. This pushed back the expected consultation launch date to April this year. Then the snap general election led to a period of purdah, and further delays in forming a government. Not only has a consultation date not yet been confirmed, there is only just now a new pharmacy minister to sign it off (the previous minister having lost his seat).

On top of these political delays, many in the industry are becoming concerned that there is too much to be done by the February 2019 deadline, which is looking increasingly tight. England and Scotland will need to upgrade to 2D scanners as they currently only have 1D scanners installed, and software systems will need to be updated, too.

The most crucial next step is the appointment of an IT service provider. SecurMed UK, the body that has been formed specifically to implement the verification system in the UK, has announced that an IT provider service has been decided upon, but has not revealed who this is, despite an announcement being â€œimminentâ€ for the past two months.

Finalising the legal details is understood to be causing the delays, and even though Jerome Bertin, general manager of SecurMed UK, admitted that the timeline was â€œgetting constricted as we are trying to sum up with our providerâ€, the provider had still not been announced at the time of writing.

Mr Buisson says that although there is still a lot of work left to do, he is not convinced we are yet past the point of no return. â€œThe FMD is not an IT project, but obviously, as with all modern projects, there is a big IT component to it, and big IT projects take about 18 months to deliver,â€ he suggests.

Others in the industry have greater concerns over how realistic the implementation date is. Shanel Raichura, director of pharmacy at EMIS Health, which provides ProScript, says he is â€˜â€˜wobblyâ€ over the delays.

â€œThere are concerns,â€ he says. â€œThe announcement of the supplier should have happened several months ago. We have been advised that it is imminent and the longer it is left, the tighter it becomes. We canâ€™t decide something without the instruction manual from the provider.â€

He says EMIS had wanted to offer a fully integrated IT solution for the new directive to its customers by February 2019, but due to the delays may need to make the software available in a phased approach instead.

â€œWe may get the information [from the IT service provider] and say, â€˜Wow, that is two years of R&D work,â€™â€ he says. â€œThere is a resource implication here as we may need to get more people in but we donâ€™t know until we have the information.â€

Danny McNally, head of prescription assembly solutions at Celesio UK, says they have been involved in all aspects of the introduction of the FMD and were still awaiting â€œfurther guidanceâ€ on the matter.

â€œWhere we have clarity on the requirements to implement the directive, for example on the wholesale side, we are in the process of building the required IT system architecture,â€ he says.

â€œHowever, there are still some fundamental decisions to be taken by the competent authorities in the UK which impact on the sectorâ€™s ability to meet the timetable for the full implementation with regards to community pharmacy.

â€œThe mandated go-live date is 9 February 2019 and, given the significant level of financial and resource investment required, we still do not have the necessary level of detail to make important business decisions, specifically around how the directive is being interpreted and adopted in the UK for community pharmacies.â€

How long will it take?

Laying out a timeline for the changes, Mr Raichura says their development roadmap often takes about 24 months and they are looking at developing software for 2019 already. Pharmacies also need to be on the ball, he says. â€œWe would say [pharmacies] need at least 12 months to start reviewing your processes and understanding your standard operating procedures and seeing how they need to be changed.

â€œWe have to understand the â€˜what ifâ€™ scenarios. What about if you have scanned an item and a patient doesnâ€™t pick it up? We need to test it and people need to start considering this early 2018 for a go live in 2019, assuming that date is still firm, [and] I am sceptical that will be the case.â€

A pharmacy pilot is also on the cards, and was originally expected to be starting this year. However, because this cannot start until the correct software is available for those pilot pharmacies, it remains to be seen how much longer we will have to wait.

Many of the delays have been outside our control, says Mr Buisson. â€œWill pharmacy be compliant? Probably,â€ he says. â€œThere is still some work to do before then, but we do have just about enough time to do all of that.

â€œIt is not entirely in our control. Brexit is a part of why things have not been fully moved on and clarified. There was also the period of purdah during the election when decisions can be made. Brexit remains something of an unknown. It is a complication.â€

Gareth Jones, NPA public affairs manager, agrees. â€œWe canâ€™t resolve these uncertainties [regarding the implementation of the directive] quickly, primarily due to Brexit,â€ he says.

One of the bitterest ironies of all regarding this directive is that it is due to come into force just over a month before the UK is due to leave the European Union. It will become English law, but it is unclear whether or not the sector would have chosen to implement the directive in this way if this had not been the case.

We also donâ€™t know how much of an impact the new legislation will have on patient safety because we donâ€™t yet know the full extent of the counterfeit medicines problem as we havenâ€™t had the tools to test that. We are likely to find out more, however, when the new directive comes into force.

In the meantime, we will just have to wait and see how the implementation of the Falsified Medicines Directive unfolds.