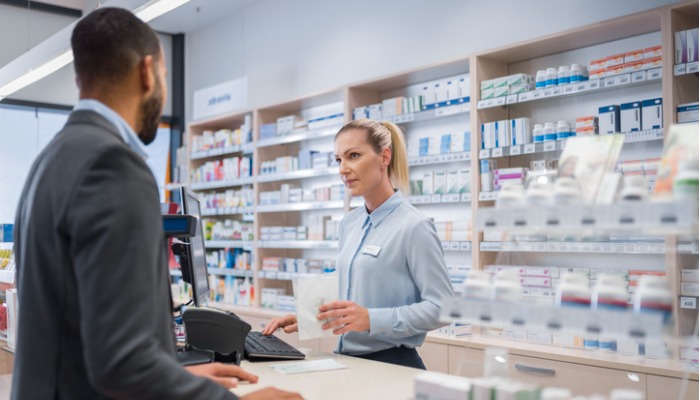 Community pharmacies in England are businesses, but they are businesses in which the mainstay of what they do is paid for by what amounts to a public sector monopoly; the NHS is one state buyer who can shape much of the market. In the first of a new series looking at community pharmacy funding, health economist Leela Barham takes stock of the Community Pharmacy Contractual Framework at the half way stage.

The Department of Health and Social Care (DHSC) and NHS England & NHS Improvement (NHSE&I) are the key players on the state side, since they agreed the current deal – the 2019/20-2023/24 Community Pharmacy Contractual Framework (CPCF) – with the Pharmaceutical Services Negotiating Committee (PSNC), the body representating contractors, independents and chains.

Not only is a (roughly) half-way point a good time to take stock of a five-year deal, but the CPCF was struck in very different times. No-one foresaw the Covid-19 pandemic and the need for community pharmacies to play their part in continuing to deliver their services whilst England locked down. Now, some community pharmacies are also delivering Covid-19 vaccinations; more than three million by 6 May.1

Even with 20 years of experience in health policy and health economics and a determination to understand, for someone coming to it for the first time, the CPCF is hard to make sense of. The acronyms are many and varied. You need to know your PhIF from your CPCS, NUMSAS and DMIRS. It's not QPS anymore, but PQS. This alphabet spaghetti creates a lack of clarity that is unlikely to serve anyone well.

Asking for too much efficiency?

Community pharmacists will all know that the headline of the CPCF was its flat funding of £2.592 billion a year over the five years of the deal. From an economics perspective, that baked in a need for efficiencies from the very start to counter inflation. The Consumer Price Index (CPI) – an imperfect measure in the context of community pharmacies, given they typically pay commercial rents and buy a different mix of goods and services than consumers, but nevertheless illustrative – was 2.5 per cent in 2018, falling to 1.8 per cent in 2019, 0.9 per cent in 2020 and is predicted to be 1.5, 1.8 and 1.9 per cent from 2021 to 2023.2 The pressure on pharmacies to do more for less was even more acute given the funding cuts introduced before the deal was struck.

The 0.9 per cent CPI for 2020 is not likely to be reflective of the reality of 2020 for community pharmacy. The true inflation community pharmacy has faced should include the unforeseen but unavoidable costs of changing layouts, purchasing personal protective equipment, etc, as it continued to deliver care and dispense medicines in changed ways driven by Covid-19.

Health secretary Matt Hancock, in the foreword to the CPCF, said he wanted to "unlock the huge potential within community pharmacy". That has happened. Community pharmacy has been – with others providing essential goods and services – at the frontline of responding to a global pandemic. If that didn’t show the potential of community pharmacy, it's unclear what else would.

Incentives need to be aligned for this to happen at scale; community pharmacists can't make this happen on their own.

Emergency loans of £370 million have helped bridge a cashflow challenge, but it looks like those loans will need to be paid back. Aside from questions of fairness, given that GPs and other parts of the NHS have been given cash boosts they don’t need to pay back, it's a question of whether community pharmacy can find additional efficiencies over and above those baked into the CPCF. As any good business knows, efficiency is not a one-time pursuit. Community pharmacies are businesses, so they will be looking for efficiencies as part of business as usual. How many community pharmacies simply can’t find any more?

It would be unfair to criticise the CPCF for its failure to foresee Covid-19. If you take a five-year time horizon, it's just not possible to cover every eventuality. But it underlines that if the public – and the government who act on their behalf – want to maintain what is described as a valuable part of the health service, they may need to look more fundamentally at the way they pay the sector and manage the complexities of a part essential health service/part commercial activity.

The CPCF was not just a funding deal. It also sought to expand community pharmacy in England's role in helping people live happier, healthy lives for longer. To achieve this, community pharmacy needs to work with patients and others in the NHS, and deliver quality services. These are supposed to be incentivised through various funding streams in the deal.

An example is the NHS Community Pharmacist Consultation Service (CPCS), which sees patients initially referred from NHS 111 and now GP practices to their local community pharmacy. Referrals could come from other parts of the NHS too, with ambitions for the CPCS to include A&E at some point in the future. The deal includes a fee of £14 per community pharmacy consultation, but also signals how that fee could change after a review originally planned for the end of 2020/21.

It also suggests that around 20 million appointments a year in general practice don't require a GP, which arguably sets expectations for an income stream for community pharmacists; that seems like a clear financial incentive, assuming they can deliver the consultation for £14 or, even better for them, less. But what is missing – at least on the face of the deal – are the incentives for the other players to make this a reality.

What's in it for NHS 111, GPs or even patients, to refer/go to a community pharmacy? Incentives need to be aligned for this to happen at scale; community pharmacists can’t make this happen on their own. In fairness, the deal does acknowledge that more evaluation was needed, but it doesn’t appear to touch on incentives. Experience so far backs up this concern about a lack of incentives – reports suggest that since going live, CPCS referrals have been lower than anticipated or hoped for.

The deal also includes the Pharmacy Quality Scheme (PQS). In 2019/20, that covered some preparatory steps for working with primary care networks (PCNs), but also, broadly speaking, for completing audits and undertaking training. It also included talking to patients with diabetes to check that they have had annual foot and eye checks. 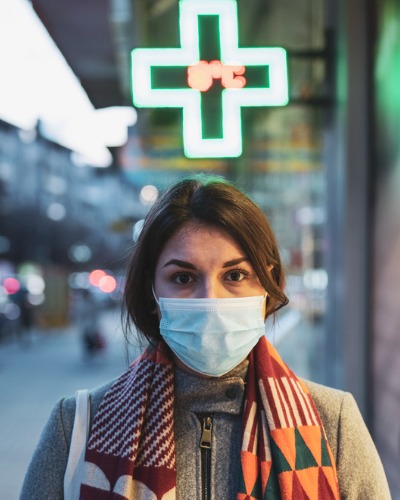 Overall, there seems to be little that is clearly related to quality as it is perceived by those receiving community pharmacy services. There isn't, for example, a patient view on their experience of going to community pharmacy, nor the views of the many that community pharmacy need to interact with to make collaboration in primary care a reality. There is then little obvious reward or penalty for either going above and beyond on quality or failing, let alone what really matters, which is improving health. Much is focused on process, not outcome.

The deal also brings in some wider ways in which community pharmacy can influence health by setting a reduction in the total volume of sugar sweetened beverages (SSB). Although tempting, this looks like too much trying to be delivered using just one tool. It's all very clunky. There are surely other ways to shape community pharmacy when it comes to the other goods offered in the retail side of the business. It's even possible that community pharmacists can choose to make changes themselves; no government intervention required. A Canadian pharmacist decided to remove all sweet beverages in his pharmacy in 2014.3

The CPCF makes frequent references to investment, recognising that community pharmacies are businesses and need a degree of confidence to make changes requiring upfront funding, sourced from commercial lenders. Yet at the same time, the CPCF lacked much clarity when it was published, even going as far as saying "the detailed deployment of resources within the overall CPFC funding will be confirmed on an annual basis."

That undermines the ambition to give stability from the very outset. A deal that essentially says "trust us; we’ll pay you for activity that we’ll decide upon later" hardly inspires confidence. More details have emerged over time; guidance on CPCF year two came out in February 2020,4 making the CPCF essentially a piecemeal deal. The PSNC says that formal negotiations on year three (2021/22) are underway.5

The current CPCF offers a learning opportunity; it needs to be looked at in the round – from a patient, community pharmacy, wider NHS and government perspective. Any review should look at not only what needs changing thanks to the impact of Covid-19, but more fundamentally, it should identify lessons from the first time a five-year deal was struck between the state and the sector.

Those lessons are going to be difficult for some to accept. Rarely does a negotiating party want to admit where they went wrong – but they need to be identified.

2 Statista. (2021) Forecasted inflation rate for the Consumer Price Index in the United Kingdom from 2021 to 2025. Available at: https://www.statista.com/statistics/306720/cpi-rate-forecast-uk/