Even the best pharmacies could free up time currently devoted to the dispensing process that could be put to better use, suggests one pharmacy consultancy 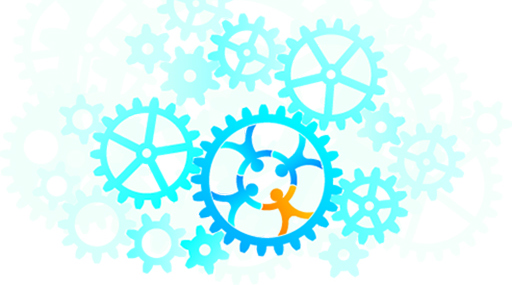 What would you do with the time if you could free up a few more hours in the week? Finding spare capacity is often seen as very difficult, but Andy Chilton, from operational performance improvement specialists Velresco, suggests that most community pharmacies can be run more efficiently.

This could free up time from dispensing, for example, to allow the team to find space to do other things. Analysis of pharmacy processes can uncover valuable seconds to save, says Mr Chilton, and these seconds all add up; especially when itâ€™s a few seconds per script.

Velresco uses software to look at pharmacy operations and processes from â€œend to endâ€, which means a detailed study of every second or so over a test period. â€œWe look at everything, including leadership, teamwork, processes, layout, roles, equipmentâ€¦ everything that we can capture. How does anything and everything impact on the efficiency and effectiveness of the pharmacy? Then, what are the opportunities to make it the best it could be?â€

Creaking at the seams

Are there signs that your pharmacy might be working below maximum efficiency? Scripts not ready when patients come to collect them, long queues, lost scripts, products not put away and untidy shelves are all clues that a pharmacy is running to catch up.

Some pharmacies can consistently deliver a two- or three-item acute script in about three minutes flat, says Mr Chilton. â€œItâ€™s flowing straight through â€“ they are not working any harder or taking more people to do it, they are just working on that one thing as it goes through.â€

Others are taking much longer and asking patients to wait, or are even regularly encouraging patients to come back 20 minutes later or more. This is despite the active part of the dispensing process only taking an average of between four and five minutes, he says, based on their studies.

The ideal would be for patients not to have to wait, or go away to shop elsewhere. â€œIf it takes too long, then people leave, and they might go to someone else for better service. Plus when they come back in to collect you have additional steps to find it on the shelf â€“ an additional 10 to 30 seconds at least each time. Thatâ€™s not the best it can be.â€

There is a wide range of efficiencies that pharmacies could introduce, he suggests. â€œWe believe wholeheartedly â€“ proven across working with nearly 50 pharmacies now â€“ that there is a tremendous amount of capacity out there from working differently. Weâ€™ve not yet come across a dispensary that canâ€™t be improved; even the really good ones,â€ he claims.

â€œIn extreme cases, Iâ€™ve seen patients shouting at the pharmacist â€“ â€˜whereâ€™s my prescription?â€™. The impact of this can then be that the team panics and everyone jumps in, and more time is lost trying to find the script so they can then process it.â€

â€œIt can be one to two minutes to find a missing script â€“ and in one case weâ€™ve seen, almost half of patients found theirs wasnâ€™t ready and needed searching for. Thatâ€™s hours and hours of pharmacy time being wasted. That was clearly an extreme case, but the average is not insignificant either.â€

Working with local practices, to send scripts over on time and to help manage patientsâ€™ expectations that EPS scripts canâ€™t be fulfilled instantly, will all help. â€œIf things come in late, and then you are on the back foot, that impacts on everything else.â€

Many of the changes that pharmacies can make are simple and common sense, he says. â€œItâ€™s about working differently or smarter, not harder.â€

â€œFor example, we have measured that alphabetical storage of finished scripts is more efficient than the matrix of A to Z and one to 10. You can save time moving to an alphabetical system â€“ it can take several seconds or even minutes to find a prescription that isnâ€™t in the right place.â€

â€œWeâ€™re pretty confident that a pharmacist can delegate a quarter of their time on average, and thatâ€™s probably a conservative estimate â€“ but they can only do that if thereâ€™s capacity in the dispensary. And there is! Then they can spend this valuable time on other things such as developing new services.â€

What do people do with the time they save? In one pharmacy given as an example, the pharmacist is doing more MURs and spending more time on leadership of the team. â€œItâ€™s a calmer working environment and they have more capacity,â€ says Mr Chilton.