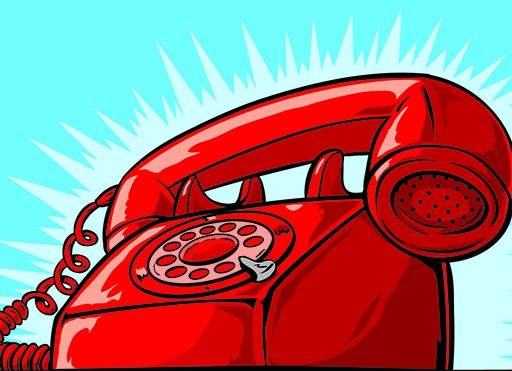 Dial 111 for advice from community pharmacy

Dial 111 for advice from community pharmacy

The added burden that cold weather puts on the nation's health makes winter the ideal time to test the strength of our healthcare systems. So it's perhaps no coincidence that NHS England has commissioned a national NHS Community Pharmacy Referral Service pilot (CPRS) in the northeast of England to run from 4 December 2017 until 31 March 2018.

During the pilot, callers to NHS111 who require what NHS England calls "low-acuity advice and treatment" will be referred to their local pharmacy for self-care advice, sales of OTC medicines and signposting to other services, such as the pharmacy local MAS (dependent on local commissioning arrangements) or "direct dial" access to a GP to set up an appointment.

Only patients who have called NHS111 and been referred are eligible to receive advice and treatment under this service, but it is open to any patient, even those registered with a GP outside the North-East, on the basis that they would still have been likely to attend another care location in the area.

This pilot adds another string to the bow of pharmacists in the urgent care sector. At the recent NHS Health and Care Innovation Expo 2017, pharmacy lead at NHS England Paula Russell said the urgent care service was in the process of creating 60 full-time equivalent pharmacy posts across England and introducing role-specific training in urgent care for 120 pharmacists, which could see pharmacists dispatching ambulances in the future.

And NHS Digital is looking at extending the reach of electronic prescribing, under which more prescriptions will be directed to community pharmacies. According to a spokesperson, a pilot will take place shortly for selected urgent care settings, giving prescribers the ability to prescribe electronically using the Electronic Prescription Service (EPS) and will include NHS111, GP out-of-hours services, Clinical Assessment Services (CAS), Walk-in Centres, Minor Injuries Units and Urgent Care Centres. Prescribers within the pilot sites will be able to use EPS to prescribe urgently required medicines in much the same way as prescriptions are sent from GP practices to community pharmacies using EPS.

Community pharmacy has also been kept busy by the National Urgent Medicine Supply Service (NUMSAS) pilot, which began in December last year and runs until March 2018. According to figures from NHS England, NUMSAS has 2,502 pharmacies registered to provide the service (up to 2 October). Between December 2016 and July 2017, 12,982 items were supplied by community pharmacies, and 93 per cent of 985 patients reported they were very satisfied with the service. If the pharmacist had not made a supply, 24 per cent of patients said they would have gone without the medicines, four per cent would have contacted their GP practice, 39 per cent would have contacted the GP out-of-hours service and 22 per cent would have gone to an Urgent Care Centre, such as A&E.

Nonetheless, many feel the 111 service lags behind when it comes to making the most of pharmacists' expertise.

The service is staffed by a team of call handlers trained to use the NHS Pathways algorithm to assess patients and give healthcare advice or refer on to their local A&E, an out-of-hours doctor, Urgent Care Centre or Walk-in Centre, community nurse, emergency dentist or community pharmacy, as appropriate. These advisors are supported by nurses and paramedics, who provide the next level of clinical backup for calls that don't obviously fit into the algorithm, but NHS Pathways training still only licenses these two clinical professions to be clinical advisors, something that many pharmacy professionals believe is a missed opportunity.

Usha Kaushal is the lead operational pharmacist (NHS111) and leads operational manager SPCN (NHS111) at Yorkshire Ambulance Service NHS Trust, where she heads up a team of 11 pharmacists who work as part of a multi-disciplinary team. The pharmacists' role involves taking calls directly from patients, taking referred calls, floor walking to support other clinicians and call handlers, and more recently supporting paramedics when they are out on the road.

When it comes to pharmacists' involvement in the Yorkshire Ambulance Service NHS111 service (YAS), Ms Kaushal is a vocal advocate of what she calls "channel shifting" work such as toxic ingestion enquiries, medicines enquiries and health information calls away from otherwise busy GP out-of-hours services to the pharmacist in the call centre, thus allowing each case to be handled by the right clinician to support and advise the patient. This means "creating true multi-disciplinary teams of paramedics, nurses, GPs and pharmacists to make sure the patient is getting the best care possible", she says.

In line with the next steps of the 5YFV, pharmacists in NHS111 (YAS) are well on their way to enabling patients to receive a complete episode of care concluding with either advice, a prescription or an appointment for further assessment or treatment, again moving from an assess-and-refer to a consult-and-complete model of care.

With call centres potentially set to become prescribing centres, Ms Kaushal says pharmacists ought to be included in this, too. Last year, out of 1.3 million calls to 111 in Yorkshire and Humber, more than 25,500 were for urgent repeat medications. "Having consult-and-complete functionality means pharmacists would be able to close a call because we don't have to refer to GP out-of-hours, and the patient gets the medicines they need at the point of assessment with a prescription sent straight to their local community pharmacy via EPS," says Ms Kaushal.

For now, though, all eyes will be trained on the CPRS pilot in the North-East. Speaking at this year's Pharmacy Show, Kevin Noble, managing partner at PharmOutcomes platform operator Pinnacle Health said community pharmacy remains "the untapped resource" and called for further support for NHS111 and community pharmacy integration.

Giving some headline figures for NHS111 in the North-East, he points to 305,000 calls made to the service based on a six-month period (excluding Christmas and Easter) in 2015-16 for symptoms such as skin rash (11,600 calls), sore throat (9,000) and diarrhoea (7,400). Shockingly, in that period only five referrals were made to the community pharmacy.

"What needs to be addressed is further investigation of what can be provided in a community pharmacy setting as scope to keep more people out of emergency care," he says. "If a simple referral mechanism can divert non-urgent requests from NHS111 to a pharmacy when appropriate, this can keep patients out of A&E and Walk-in Centres and free up appointments for urgent care as well as generate efficiency savings. Senior specialist advisor in public health Andre Yeung is confident the CPRS pilot will meet this challenge.

"For community pharmacy, CPRS is an opportunity to make a massive contribution where and when the NHS really needs it," he says. "Here in the North-East, we're aiming to refer up to 35,000 patients per year from NHS111 into community pharmacy starting in December 2017. These are patients who would normally be referred to higher-cost and lower-capacity NHS primary care locations, so we believe the service will be a help to front-line NHS teams this Christmas."

PSNC also welcomes the pilot, albeit with a backhanded compliment. Alastair Buxton, director of NHS services, says it "represents another example of how better use of the community pharmacy network can support patients and the NHS", adding that it will "hopefully increase referrals to community pharmacy so they are closer to the levels that were previously received from NHS Direct before the more clinically risk-averse NHS111 service was implemented."

More to be done

Mr Buxton is not the only one who would like to see NHS111 pull up its socks. Pharmacist and Lancashire LPC member Thorrun Govind have experienced problems from being on the receiving end of 111 referrals.

"Quite often patients will say, 'You have got a prescription for me,' when what they actually mean is that 111 has sent a referral," she says. "We need the call handlers to tell patients exactly how to let the pharmacy know it is a 111 referral. I've also had a patient come in who had called 111 for an emergency supply, but instead of using NUMSAS, the call handler told the patient to go to the pharmacy for a supply, which implies to me they don't want the funding to go to us for the NUMSAS service. Plus, there's no guarantee that I will do an emergency supply anyway. I have to make a decision at my discretion." For example, I had a patient who had left the hospital and been told to take a drug for four weeks but was only prescribed enough for two.

I had no proof that they were meant to be taking it for the number of weeks they were telling me, but the 111 call handler told the patient the pharmacist would do an emergency supply. I'm not there as a prescriber, so I had to explain this to the 111 call operative. I don't think I'm alone in experiencing this problem. What makes it harder is that if I want clarification or a quicker mechanism to get a patient to be able to see a doctor, there is no way I can call up to access the back of 111, so to speak, to talk to the doctors and clinicians there if I need to."

Ms Kaushal says another solution would be if the triage system could also be done from pharmacies. "I would obviously like to see pharmacists more involved in 111, but this doesn't necessarily mean they have to be in the 111 call centre," she says. "Call handlers could refer a patient's call to a community pharmacy to be dealt with there. Patients then get to be in contact with pharmacies in their communities, and access the service in their vicinity, which puts the patient back at the centre of care."

As former NHS England medical director Sir Bruce Keogh would say, it's about directing patients to the right advice in the right place, first time.

NHS England is inviting community pharmacy contractors, pharmacy teams and LPCs to provide feedback on NUMSAS. This will be used to support the interim evaluation on the service. Feedback can be emailed to england.pharmacyintegration@nhs.net