Is your pharmacy taking up Public Health Englandâ€™s Stoptober challenge? 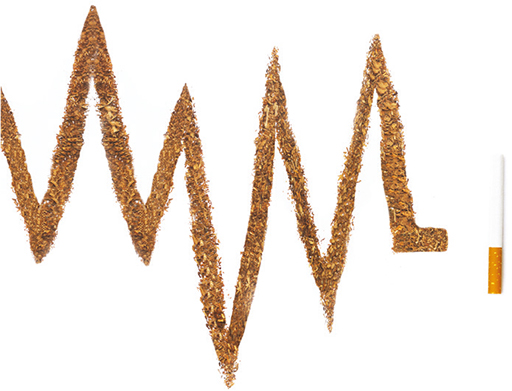 Itâ€™s Stoptober again and, despite the push to encourage people out of their habit, a recent NHS report has shown that the number of people who accessed NHS Stop Smoking Services fell for the fifth consecutive year in 2016/17. Is this an opportunity for pharmacies to offer more smoking cessation support?

NHS Digitalâ€™s annual smoking cessation report also revealed a drop in the number of patients setting a quit date compared with the previous year, a statistic it optimistically added that may be partly due to the increased use of e-cigarettes. While a BMJ study last year did show that e-cigarettes may have been instrumental in helping 18,000 people in England quit in 2015, the number of people who reported that they had successfully managed to stop smoking (using NHS services) dropped by 16 per cent, which also indicates that a lack of available NHS smoking cessation clinics might have something to do with the decrease.

â€œCommunity pharmacies have a great track record in helping people stop smoking, but there is no doubt that budget cuts have resulted in the decommissioning of some services,â€ says a National Pharmacy Association spokesperson.

Public health charity Action on Smoking and Health (ASH) agrees that a lack of funding has meant fewer services were available for people who needed support to quit, and adds that the smokers who were most heavily addicted and in need of NHS-funded smoking cessation services were â€œdisproportionately from low-income and disadvantaged groupsâ€.

This is backed up by the news that the Pharmacy: A Way Forward For Public Health report included smoking cessation among the â€œmenu of opportunityâ€ for community pharmacies to get involved with to help improve public health, and said that it was focusing on â€œdeveloping the capabilityâ€ of pharmacy teams, as well as supporting local authorities to commission public health services through pharmacies.

Despite the cuts, the government has set out ambitious targets for reducing smoking in the Tobacco Control Plan For England, and Mr Benton suggests these targets will only be met if the plan is fully implemented. â€œAnd for that to happen it needs to be properly funded,â€ he says.

For those pharmacies that donâ€™t offer a full smoking cessation service, ASH advice is:

Public Health England is working with smoking cessation brand Nicotinell on raising awareness for this yearâ€™s Stoptober event. The collaboration aims to trigger significant numbers of quit attempts by increasing motivation to quit and providing consumers with a range of tools to help.

The Stoptober campaign resources offered to quitters include:

As an official partner, Nicotinell is supporting Stoptober through branded digital media on Facebook during the first two weeks of October.

â€œStoptober offers pharmacists and retailers the chance to get involved and provides a great sales opportunity to increase impact and drive market focus in-store, through one of the main category events of the year,â€ says Carolin KrÃ¶ner, Nicotinell brand manager at GSK.

â€œThere are still about eight million smokers in England and smoking causes almost 80,000 deaths per year, which shows how important campaigns such as Stoptober are. As a brand, our consumersâ€™ wellbeing is at our heart and we want to help encourage pharmacists and retailers to understand how they can support their shoppers in their journey to being smoke-free.â€

Best use of time

â€œThere is definitely an opportunity here for pharmacy to engage and support quitters, however we are often limited with material. As an independent pharmacy, at Warman-Freed our main barriers to setting up our own clinic are lack of resource, time and money, and we are unable to compete with the larger multiples
with price promotions.

Ms Ali shares her advice for pharmacy staff on promoting smoking cessation services: â€œPharmacy staff need to optimise opportunities for conversations with customers who may well have come in for something else, and must develop key questioning techniques to be able to identify those that could benefit from stop smoking services or support,â€ advises Farah. â€œGood displays of products, product information and health zones are great ways to engage,â€ she adds.

Initiating the conversation is all about knowing a few key techniques, exploring the use of questions and, most importantly, listening to the answers, she says.

â€œIf someone is highlighting a cough, go further than the symptomatic relief and ask probing questions to understand the cause and get the customer to volunteer the information. Be careful not to be too direct as that can be a barrier. Ask questions about their environment at work or home, if there is a history of smoking, or anything that could be making their symptoms worse. Plant the seed and get the customer to think that there is support available if they want.â€

Bina Patel, Kalsons Chemist, Westcliff-on-sea â€œWe train all our staff to do smoking cessation and weâ€™ve run the Champix PGD for a number of years. All the â€˜problem smokersâ€™ in town are sent to us by the Stop Smoking Service and mental health services â€“ the hard nuts to crack â€“ and we have a very good success rate with them. Weâ€™re going to run a lung health service this year â€“ and when I get a momentâ€™s break from the flu vaccine service Iâ€™ll get round to reading all the documents. We will be launching at the same time as the Stoptober campaign. The NHS Stop Smoking people will come to visit and weâ€™ll have pictures and press in the pharmacy. Stoptober is important for us.â€

Melissa Liew, Ellacombe Pharmacy, South Gloucestershire â€œStoptober is a great opportunity to increase public awareness of the benefits of quitting. Free posters and support materials from the local resource centre has helped us to raise awareness that patients can get help, advice and products through the pharmacy and do not have to see the GP. For hardened smokers, extra motivation is usually needed; hence a carbon monoxide test can be a wake-up call to reflect the harm caused to their health from smoking. Some patients require reassurance and it takes on average six to seven attempts before they quit definitely. Smoking cessation services provide a vital life-saving function for smokers to quit and to stay smoke-free. It is therefore worrying that some local authorities are downgrading or even decommissioning these services, plus there are cuts in marketing and promotional spending, The longer-term benefits of services are being overlooked.â€

Yolanda Kong, Kellaway Pharmacy, Bristol â€œSmoking cessation is a service that weâ€™d like to do more with. The health risks associated with smoking are well known and can put a burden on the healthcare system. At the pharmacy, we play a very important role in supporting patients by making the service easily accessible. Apart from getting pharmacotherapy, patients will also receive behavioural support and follow-ups. This will greatly increase the rate of a successful quit. We share the joy with every success, but also support them through every relapse. The most popular selling brands are Nicorette and NiQuitin. With e-cigarette more widely use now, we also provide support to those who want to stop smoking via switching from tobacco to e-cigarettes.â€