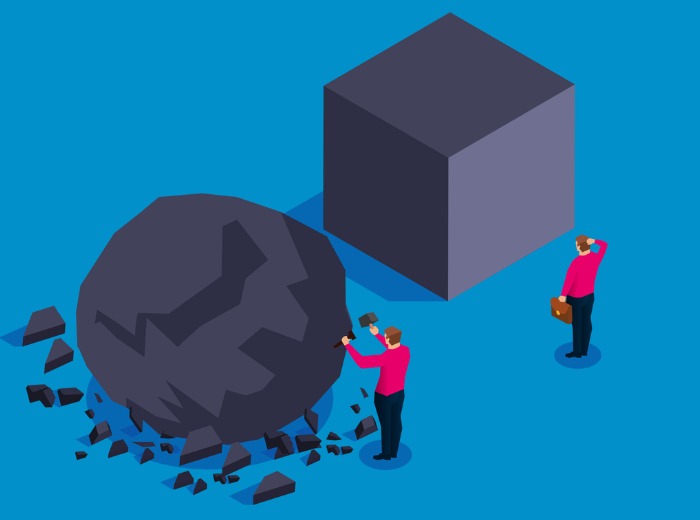 Professor David Wright’s recommendations about local community pharmacy contractor representation in his recent review are largely structural. They include the suggestions that local representative chairs should form a new national council and populate the policy groups that inform future negotiations or focus on improving efficiency.

That would certainly give a coherence to representation in England, but the review does not appear to fully recognise the local context in which local pharmaceutical committees (LPCs) operate. One of the key tasks for the next stage must be, therefore, to work out what needs to be done locally to ensure community pharmacy is part of new clinical pathways or service models as they evolve.

Where does this leave those progressive LPCs who have already come together through formal mergers and regional collaborative groupings to share best practice and service development effort? Their functions are more likely to be well organised and led, with a new cadre of leaders often with corporate experience in project implementation or strategic development. They have developed support mechanisms, including learning academies, helping to deliver the national contract, locally agreed services or NHS primary care initiatives. Much of that could now be threatened by the review recommendation that the balance of funding would shift in favour of PSNC as an investment in the national negotiation machinery.

Let’s not forget too that local service developments have become national services; the roll out of the Community Pharmacist Consultation Service is currently being piloted locally, with LPCs supporting contractors to ensure the pilots are a fair test.

The recent Pharmacy Magazine/P3pharmacy webcast reminded us of another vital function. In their work building relationships with new structures like primary care networks and integrated care organisations, LPC representatives are the people promoting community pharmacy to local NHS decision makers. Collaborative working requires a basis of trust and without relationships on the ground, there is no trust.

Progress on the Wright review will pick up again in mid-September. The LPC Conference on 8 July agreed that it had identified the correct issues and that its recommendations were “appropriate and apposite”. Unsurprisingly, in a meeting of 180 individuals representing almost 70 organisations as well as PSNC, no clear way ahead was found on the day, and PSNC’s chief executive has used the summer to pose four questions to LPCs in order to move the discussion on. The questions cover funding for the change process, suggestions on how organisations might work together on next steps, future governance and how contractors themselves should oversee the process.

Collaborative working requires a basis of trust and without relationships on the ground, there is no trust

The trade bodies representing national multiples and independents have issued initial statements addressing the ‘what next’ question. In a private letter to LPC chief officers in early August, Company Chemists’ Association chief executive Malcolm Harrison said its LPC representatives had been told to promote the views of CCA member companies. These include that any future structures should not cost more than the current ones and that a final contractor vote on the principle of ‘one contract, one vote’ should be held to determine whether the sector proceeds with any transformation plan drawn up.

Mr Harrison said last week: “A lot of the recommendations play to the criteria we set out in January – improved governance, transparency, value for contractors’ money, zero sum game, but I don’t think we are in a position to accept the whole thing. It’s very easy to say no, but we will be engaging with the process because we advocate change. We are currently pressure testing different scenarios so we can be clear about what we think is needed.”

The National Pharmacy Association (NPA) says any reforms to LPCs and PSNC must be agreed by majorities of both independents and multiples, and win the support of contractors as a whole. This ‘triple lock’ approval process is designed to ensure that any changes to representation do not favour one set of contractors over another. Chief executive Mark Lyonette says the association “remains committed to supporting a process of change.”

Simon Dukes’ structural and procedural questions and the CCA and NPA statements leave LPCs somewhat in limbo, and must have left some contractors bemused, especially since none directly address the ‘what’s in it for me?’ question.

One LPC chief officer hits the nail on the head: “The strategy is the main bit. We need to agree on that and work backwards. We need a vision for what we’re going to do locally, not ‘let’s give PSNC a load more cash, and denude LPCs’.” This is the argument most organisational development professionals might make: form should follow function.

Although Malcolm Harrison’s letter to LPC chief officers warned them that their role was to give advice and that decisions should be left to contractors, chief officers would argue that they are often best placed to identify what is at stake for contractors if the balance between local and national representation is wrong. Many suggest the shift to PSNC of levy income being discussed – from around 30 per cent of the total to 55 per cent – would threaten valuable LPC functions and services.

One chief officer told P3pharmacy: “We can’t afford to see 25 per cent of our income go out the door. You might not get big bucks for local services, but sometimes something small can be a critical cog in something else. You take that out and everything else grinds to a halt.

“We spoke for years about getting an employed team. Having somebody who can devote time to services is critical. LPCs can be successful in winning grant money to support implementation of the changes the NHS wants to see, but you need the headspace to build relationships locally and to work out what contractors and the NHS, local authorities, public health and patient representative groups need. Support for implementation is key too. If you don’t get a level of consistency in delivery, you lose your credibility.”

Another LPC chief officer says a reshaped LPC network, run locally and firing all on all cylinders, would be an advantage to community pharmacy. “A local federation of LPCs would give us enough local autonomy without having to peddle all the back office stuff,” he says. He agrees a major shift in levy funding to support current PSNC functions would be disastrous for his LPC.

A third says: “Local relationships are key. Local decision makers much better understand the plight of community pharmacy, and we’re working towards joint working. If we lose income, we won’t have the capacity and will begin to lose those relationships.”

Malcolm Harrison says the CCA sees the value in local representation, especially with the NHS moving towards a more devolved system. “It’s going to be critically important, especially when you add on the concept of primary care networks. We’re very keen that community pharmacy has an active role in delivering healthcare at that local level as well as at a higher level.”

He adds that he is not saying that CCA members don’t value the support LPCs give to contractors. “But we have the opportunity to have an objective review of what we want from local, and until we do, we don’t think it’s right to make assumptions about what is and what isn’t in scope for LPCs.”

LPC chief officers would probably recognise the argument that in the absence of any kind of agreed direction for contractor representation, LPCs have responded to local opportunities and challenges as they perceived them. They have restructured and reshaped to meet the needs of contractors and the NHS, and the ambitions of their elected and nominated members. However, community pharmacy’s leaders in England risk coming up with a solution that fixes the wrong problem if two other key recommendations of the Wright review do not receive attention: community pharmacy needs a strategic vision, and it needs to be united in articulating that vision.

Next steps for representation

The initial responses to the review, and the next steps, have been  heavily focused on tangibles like structure and costs, rather than purpose and value. But community pharmacy contractors will need an articulation of what the sector is trying to achieve, and how flexing the structure and functions of its national and local organisations will make that more likely. Importantly, they will want to know what they, as individual businesses, stand to gain from any proposed changes.

Fortunately, there is at least one blueprint that attempts the task. In January, the NPA produced a guide to encourage its members to take part in Professor Wright’s national survey. How the NPA sees the future was predicated on several important principles, which seem even more relevant now. They included increasing the capacity for local service development and implementation and investing in local leadership.

The NPA concluded that there should be agreement on future LPC functions before changes to form and structure were made, but suggested an approach in which local, national and possibly regional structures for representation and support might be connected and integrated. It proposed a service development unit, an idea that made it through to the final cut of the review itself.

LPCs contemplating Simon Dukes’ questions, and contractors looking for something meaningful in what might otherwise look like an arcane discussion of who sits where, would do well to take a look at the NPA’s starter for ten. At the very least, it roots its thinking about the shape of the sector’s representation in the changing context of the NHS, and the needs of its members for organisations that can help them make sense of it and find their place within it.

The issues in this article are explored further by a panel of LPC chief officers in a Pharmacy Magazine/P3pharmacy webcast “The Wright Review – what’s next for LPCs?”. The on demand event also includes contributions from UCL’s Professor David Taylor, and Local Optical Committee Support Unit chief executive officer Richard Whittington. It can be found in the webinar tab on the P3pharmacy website 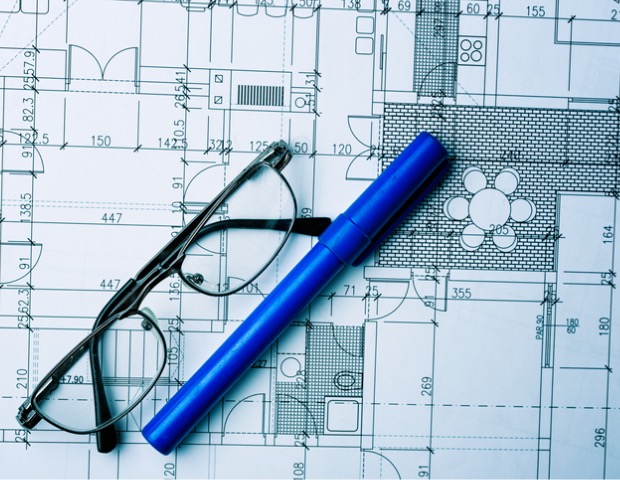 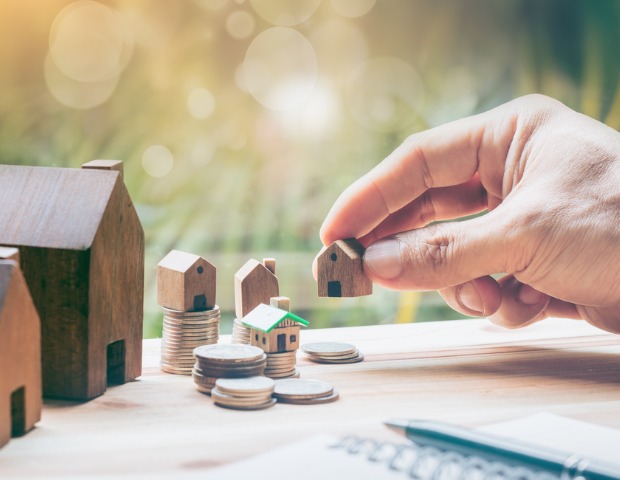