What are the barriers to developing community pharmacy flu vaccination services further in the future? 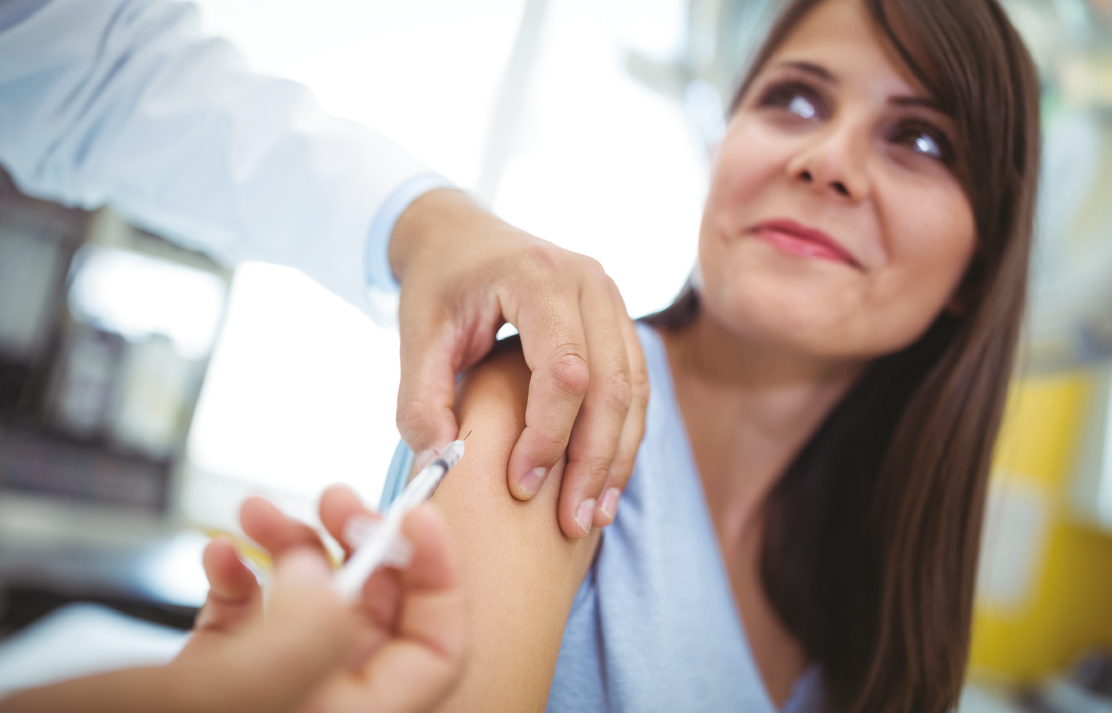 Seasonal flu cases in Britain could be higher than usual this winter, if the H3 strain that has hit the southern hemisphere harder than anticipated arrives on our shores. NHS chief Simon Stevens has warned health services to be on high alert, saying that “The signs from Australia and New Zealand, who are just coming out of their winter, are that it has been a heavy flu season.”

The flu vaccine remains the most effective measure in preventing flu, and while it does not provide a full guarantee, the seasonal identification of strains ensures three-quarters of the vaccinated population are likely to be protected. The rest may have some protection that could reduce the severity of their symptoms.

With our flu vaccination programme underway, community pharmacy is ideally placed to offer front line protection to head off this threat. But providing the service in community pharmacy remains a contentious issue in some areas, and its provision differs by nation.

How services are developing

Community pharmacists in England provided 950,765 flu vaccinations to patients under the national NHS Flu Vaccination Service in 2016/17. The service can be provided by any community pharmacy in England, provided that it has a consultation room, can procure the vaccination, can meet the data recording requirements, has appropriately trained staff, and has registered on the NHS BSA website to provide the service. The eligible groups for the 2017/18 service in England include all people aged 65 years and over; people aged between 18 and 65 years of age with certain chronic or immunosuppressed conditions; pregnant women and carers or household contacts of immunocompromised individuals who are aged 18 or over.

While the 2017/18 Flu Plan states all schoolaged children in reception class and Years 1 to 4 will be offered flu vaccination, this provision does not come under the pharmacy service, nor does it cover front line medical staff. In Scotland the annual flu vaccine is offered to everyone aged 65 and over, pregnant women, all primary school children, everyone with serious health condition, and all health care workers, but there is no provision for this to be offered via pharmacy – although patients not in one of the eligible groups for the free flu immunisation can get the vaccine in many high street pharmacies for a small fee.

Community Pharmacy Scotland has said it is “disappointed” by the lack of community pharmacy involvement. Matt Barclay, director of operations at Community Pharmacy Scotland, says: ”We still have some work to do with primary legislation before we can become involved in vaccination services. It states currently that these services have to be provided under a medical practitioner (i.e. GP) so we can’t deliver NHS services unless subcontracted to do so.”

There is, however, a Vaccination Transformation Programme looking at how other parts of the system, including community pharmacy, can be brought in to support vaccination services in Scotland, and Mr Barclay says ”around of a third” of the 1,256 pharmacies in Scotland can provide a private flu service.

In Wales flu vaccination is an enhanced service that still requires commissioning by individual LHBs, although the majority of LHBs offer the service to any contractor who wishes to provide it. In 2016/17, 497 pharmacies (69 per cent of contractors) were commissioned to provide the service – compared to 324 the year before, and this year BMA Cymru Wales’ GP committee (GPC Wales) and Community Pharmacy Wales (CPW) signed a Memorandum of Understanding (MOU) to encourage collaborative working between GPs and community pharmacy to improve the uptake of the vaccination.

The agreement requires pharmacists to encourage patients to attend their GP practice routinely for flu vaccination services, with pharmacists focusing on the hard to reach groups and those who clearly state they will not attend their GP surgery for vaccination. Judy Henley, director of contractor services at Community Pharmacy Wales, says the hope is that the MOU will “enable conversations and discussions at a local service level between community pharmacies and GP practices to work together to increase vaccination rates in Wales” with the aim of achieving the 75 per cent target set by Welsh Government.

Collaborative working with local GP practices is an aim that all pharmacy teams will share, but the commissioning of the national Flu Vaccination Service over previous years has already exposed some issues.

Rosie Taylor, head of service development at PSNC says the organisation has heard from a small number of LPCs about negativity from GPs towards the pharmacy service. She says their advice to contractors is that “this is best dealt with locally via a conversation with the practice and LMC. The local NHS England team should be informed and asked to intervene if the initial approach to the practice doesn’t work. PSNC is monitoring the situation and will escalate as necessary to the national team.”

But Laura Reed, head of professional development at Numark, believes it could be a top-down problem: “Although GPs have raised some issues for me,” she says, “the overriding issue is that the message coming from the top appears very negative against pharmacy. When you have key figures within the BMA saying publicly that ‘in some areas’ the ‘approach’ of the pharmacy service has ‘undermined good working relationships between practices and pharmacists’ and would ‘have long-term implications that reach well beyond the flu campaign’ this message then feeds down to all GPs.”

Deep Patel, Celesio’s NHS excellence manager, says it’s worth remembering that GPs didn’t hit “the required vaccination rates for the at-risk group of patients last year”, so “essentially the cake is big enough for GPs and pharmacy”. He stresses that: “The key factor we must consider is that how a patient chooses to manage their care is their own choice”, which means that “fundamentally they should not be pressured into having their vaccination at the GP or, conversely, at the pharmacy.”

Rekha Shah, chief executive officer at Kensington Chelsea & Westminster LPC, sees the competition that arises from pharmacy offering a flu vaccination service as good for the NHS and public health because “it has made the GP practice teams suddenly pull up their socks, up their game and move away from complacency.”

On the other hand, she says it has also “brought out the mischief makers”. She says: “Some GP practices have taken to messaging their patients not to get their flu jabs from pharmacies, saying these provide an inferior flu jab (trivalent vaccines) compared to the superior (quadrivalent) vaccines provided by the surgery. This is a total fabrication as all practices received NHSE guidance early in 2017 about this very issue, and they jolly well know that the quadrivalent vaccine only offers benefits in children and has no beneficial effect over the trivalent in any of the adult groups of patients. It is, however, much more costly and hence the use unnecessarily of the quadrivalent vaccine will increase costs for the taxpayer, which is totally unjustifiable.”

Ms Shah says another tactic has been to put messages on prescriptions for patients eligible for the flu vaccine to make an appointment for a flu jab at the same time as their blood test that must be had at the surgery and not at a pharmacy. Echoing Mr Patel’s point, she says: “This is totally wrong – it is entirely the patient’s choice as to where they wish to access their flu jab and no-one has the right or the authority to tell them where they can’t have it. Our advice to pharmacies has been to make this absolutely clear to the GP practice verbally, follow it up in writing and ask for an assurance they will cease this practice. If they refuse, the LPC will take it up with NHSE and the local LMC to get resolved or put in a formal complaint through the NHS complaints procedure.”

Community pharmacies can, of course, also offer a private flu vaccination for people not eligible for the national service, the number of which Ms Shah says is “going up every year as more and more people access this service in order to avoid getting the full blown flu later in the season which will affect their work, family and social commitments”.

Nick Thayer, pharmacy services lead at Well, says the multiple’s private service is up 92 per cent compared to this time last year. “Interestingly, 49 per cent of the patients we have vaccinated so far this year are between the ages of 50 and 64,” he says, adding: “These patients aren’t eligible for an NHS vaccine (unless they have an underlying health condition) but are becoming increasingly concerned about their health and are therefore willing to pay to be protected” – which is another important point.

Offering a flu vaccination service in pharmacy – whether free or paid for – is not just about spreading demand away from other services that are under pressure. “Flu jabs are a key part of our role to protect and improve the public health of the UK, and herd immunity is a vital element of the immunisation programme, becoming ever more important with the winter pressures facing our NHS,” says Mr Thayer. “The service complements local NHS activities and is really valued by our customers who can see the developing role of pharmacists in their communities.” 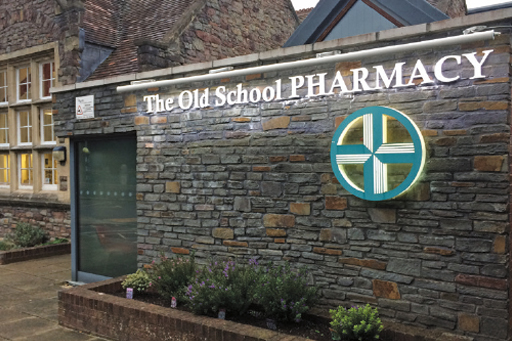