Category action: we examine the debate about CO testing in pregnancy

The figures from Public Health England are sobering: in England in 2014, 17 per cent of all deaths in adults over 35 were related to smoking. Half of all long-term smokers will be killed by their addiction – smoking is the biggest cause of premature death in England, accounting for almost 78,000 deaths a year.

But we can take heart from data from the ‘Smoking At Time Of Delivery’ report, published in 2016, showing that the percentage of women still smoking at the end of their pregnancy is dropping. In 2015/16, 10.6 per cent of women were smoking at the end of their pregnancy compared with 11.4 per cent of women in 2014/15. But the numbers varied regionally and women who live in areas of high deprivation are more likely to carry on.

Should community pharmacies get involved in routine CO testing for pregnant women, as was controversially suggested last year? 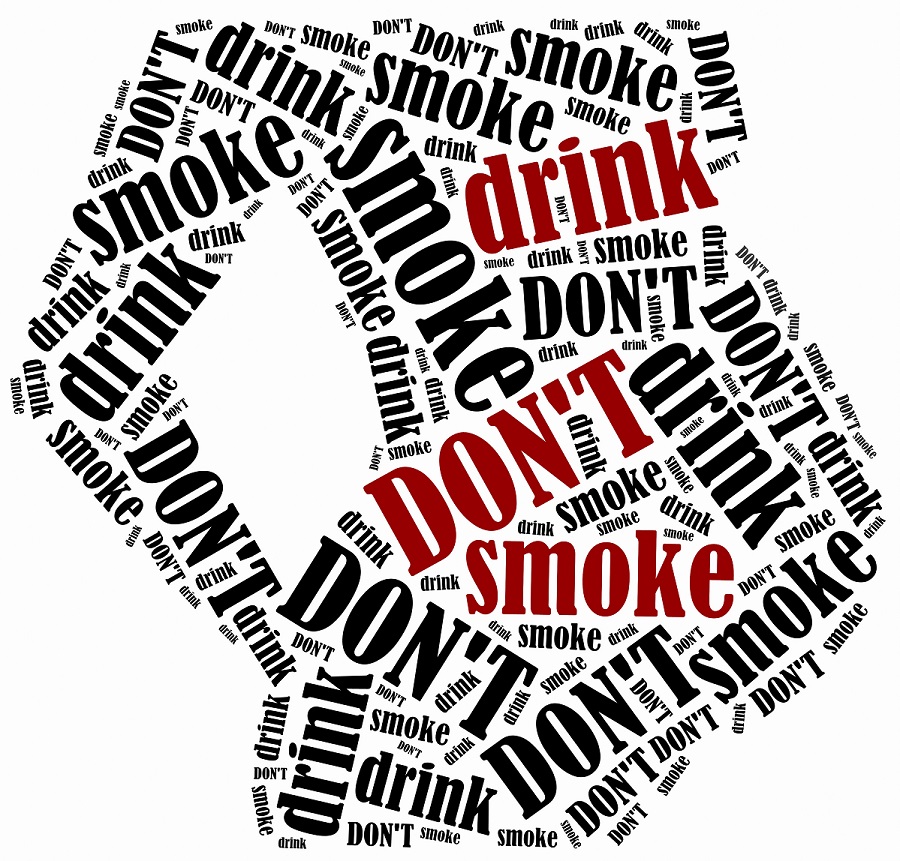 Cuts to the public health budget nationally have led to fewer resources being made available locally to fund quit-smoking support and, unsurprisingly, the idea of testing pregnant women for CO at antenatal appointments is a contentious one. But is it new?

Public Health England (PHE) told P3 that the NHS has been offering carbon monoxide testing to pregnant women for many years, and that the recommendation to test for carbon monoxide was part of NICE’s 2010 guidelines ‘Smoking: stopping in pregnancy and after childbirth’, which PHE fully supports.

“It is right that expectant mothers are routinely offered the test, alongside all the other health tests,” said a PHE spokesperson. “It is not compulsory, but their choice. If they test, then any harm from carbon monoxide to them and their baby – whether caused by a faulty boiler, passive smoking or smoking themselves – can be addressed. If they smoke, they will be offered support to quit.”

Amanda Sandford, information manager for Action on Smoking and Health (ASH), believes that CO testing could benefit many more women who are struggling with quitting, and highlights that helping pregnant women to stop smoking was a key ambition of the government’s Tobacco Control Plan for England (that expired in December 2015).

“We understand that it will continue to be a priority to cut smoking among pregnant women when the new tobacco plan is published,” she says.

“This has been promised on several occasions, but we are still waiting for final publication. “In the meantime, it’s important that all health professionals who have contact with pregnant smokers do all they can to advise and support these women to quit. Community pharmacists should certainly support local GPs in this work, as well as providing targeted support to pregnant women,” she says.

ASH has established the Smoking In Pregnancy Challenge Group, a coalition of health organisations that has produced a set of recommendations on how the government’s strategy to reduce smoking among pregnant women might be achieved. The Royal Society for Public Health (RSPH) also supports CO testing in pregnancy.

“We recognise that there is a great pressure felt by many women not to smoke during their pregnancy,” says chief executive Shirley Cramer.

“Some women find it difficult to reveal the extent of their smoking and, as a result are not provided with appropriate support for quitting, should they choose to do so... There’s clear evidence that smoking cessation services are effective in increasing smokers’ chances of quitting for good.”

Nick Thayer, pharmacy services lead at Well, believes that giving women the right advice early on in their pregnancy is critical. “As with all patients, quitting smoking when pregnant can be very difficult, and pharmacies need to provide the advice and support needed to help people take that first step,” he says.

“Often, commissioned pharmacy-based smoking cessation services will exclude pregnant women, with pharmacists instead referring them to a specialised local stop-smoking service. However, the initial support and advice from a pharmacy can be critical to starting them on their journey.”

“People quit for lots of different reasons, and many have often tried more than once to quit. Therefore, testing the carbon monoxide levels of pregnant women only tells them what they already know: that they do or don’t smoke. Testing won’t necessarily move them towards changing their habits. Conversations in the pharmacy are much more important,” he says.

“Carbon monoxide monitoring is useful for illustrating the lasting effects of smoking and helps to validate success when they have stopped,” he says.

“A successful example of when carbon monoxide testing has been used was the ‘Know Your CO’ campaign, which acted as an ice breaker to highlight smoking-cessation services. The key to the campaign’s success was that everyone was offered the test, as it also linked to pollution levels in big cities such as London, which helped to avoid stigma. Community pharmacies offered the tests in store and out in the local community, allowing the teams to raise awareness of the issue and promote the support available.”

The RSPH believes that community pharmacy has a vital role in supporting the public’s health. “There is certainly more that could be done to harness this under-utilised area of the workforce,” says Ms Cramer. “Our recent report with Public Health England, Building Capacity, highlighted both the barriers and opportunities for pharmacy to do more to support the public’s health,” she comments.

Public Health England wants the NHS to do all it can to help smokers quit. “It is fantastic news that there are now twice as many ex-smokers in the country as there are smokers, but that still leaves seven million smokers whom we are encouraging to quit, and quit for good,” says Professor Kevin Fenton, PHE national director for health and wellbeing. His advice to pharmacies is to get involved with the Smokefree campaigns throughout the year.

“Stop smoking services are already on offer at many pharmacies, and staff were encouraged to use our annual January Smokefree campaign to start a conversation with people about their smoking habits and give advice about how they can be helped to quit,” he says.

The important contribution of community pharmacy in enhancing health and wellbeing across a range of areas, including stop smoking services, is outlined in the Community Pharmacy Forward View. The vision describes community pharmacies operating as neighbourhood health and wellbeing centres, building on the impact of the Healthy Living Pharmacy model.

“Seen as a local community resource and trusted source of information and advice, community pharmacy teams will have great connections with other organisations that support health, wellbeing and independence – ranging across local community groups, charities, places of worship, leisure and library facilities, social care, education, employment, housing and welfare services – and will be able to refer and signpost people to them.”

Although funding for smoking cessation services generally are under pressure across the NHS, new initiatives are emerging. Last year, PHE chief executive Duncan Selbie wrote to NHS trust chief executives seeking a commitment to “achieving a step change towards a tobacco-free NHS”, for example, Guy’s and St Thomas’ NHS Foundation Trust’s Ways to a healthier YOU programme that aimed to improve staff health and wellbeing and to help reduce sickness absence.

World No Tobacco Day falls on 31 May 2017. Find out more at www.who.int/tobacco/wntd/en/

“Smoking in pregnancy is not as common as it used to be, because of the social stigma. Pregnant women who do smoke are usually smoking secretly and are very embarrassed about it. They say they don’t smoke in front of their friends, for example. We will take them into the private consultation room, as they don’t want to discuss something like that on the shop floor. We let them know that we are here to support them, that they can actually stop and that even reducing will make a big difference. You’ve got to make sure you give them the right kind of advice without being too judgmental about it. On the plus side, pregnant women will usually stop, as they’ve got a really good motivation to do so and sometimes people do come back in and say they have quit and that this was the only time they were ever going to do it.”

“Smoking during pregnancy is certainly a lot less common than it used to be, as there is a lot of stigma around it now. People are usually aware of the harm it causes them and their baby, but you do have to make sure people know how important it is to stop. However, it’s important to do so in a sensitive, nonjudgmental way. NRT products can be a real help for anyone who needs to quit, though obviously with pregnant women any sales of medicines need to be referred to the pharmacist. I will talk to them about the different products available and try to help them find one that suits their needs.”

“Smoking is harmful whether you’re pregnant or not so we would encourage anyone who smokes to give up. Of course, with the dangers associated with smoking in pregnancy it is especially important to make an appropriate intervention and offer cessation advice in a sensitive manner. The main intervention we make is to offer an appropriate NRT product, some of which are suitable for use during pregnancy, but using nicotine without the harmful carcinogens in cigarettes is always better than smoking. We do have a stop smoking clinic, but in the first instance a pregnant patient would speak to me. Thankfully, rates of smoking during pregnancy are getting lower and lower, so these queries aren’t as common as they might once have been.” 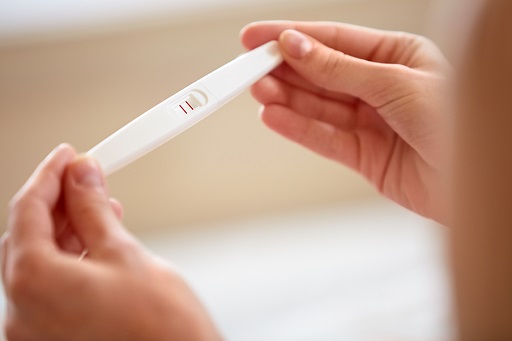 Pharmacies: a lifeline for men