Cuts to pharmacy already having an impact

Just weeks after the proposed cuts to pharmacy in England were made public, the effects of the imposition are already showing themselves. What impact will the changes have?

The Department of Health’s plans to “modernise” community pharmacies as part of its ongoing NHS efficiency drive are now out in the open and include cutting funding by £113 million between December and March 2017, reducing it by a further £95 million in 2017-18, and phasing out establishment payments.

The imposed arrangements for England also include a Quality Payment Scheme under which pharmacies receive funding based on their ability to provide what the DH calls “a quality service” to the public.

These plans will, says the DH, “ensure a better quality service for patients and relieve pressure in other parts of the NHS”, but nonetheless the changes come with predictions that some community pharmacies in England could close. In response, PSNC’s Sue Sharpe told health minister David Mowat that contractors felt ‘bruised, betrayed and badly let down’.

As an olive branch, the health minister also announced the Pharmacy Access Scheme (PhAS), which will “ensure that those people in isolated areas with higher health needs will have access to a pharmacy” via an additional payment to bring these pharmacies back up to current levels of funding, minus an initial 1 per cent “efficiency saving” – but this is only available to 1,356 pharmacies that meet certain eligibility criteria such as being a mile or more from another pharmacy.

Pharmacies dispensing the largest prescription volumes (the top 25 per cent) will not qualify, because the DH says these are “large businesses who we expect to continue to be viable in any case”. Many contractors still feel insecure, even if they have made it on to the PhAS list.

Pharmacist and NPA board member Mike Hewitson has two pharmacies in Dorset – one on the list and one that isn’t. “There is no level of protection from being on the access fund list because the payment has been frozen at last year’s income levels, and with inflation due to rise, plus pensions increases and the national living wage, it’s going to feel more like a 10 per cent cut,” he says. “If volume goes up at all next year, we will be running to stand still, just like we’ve been doing for the past five years anyway.

“What the government is doing is not going to solve the problem, as they see it, of there being too many pharmacies. It’s the wrong medicine, and a side effect of the medicine is that people are going to lose access.”

Safety in the city?

Loss of access for patients is also an issue for pharmacies in busy city locations, which are not feeling any safer. Mark Burdon is PSNC regional representative for Cumbria and the North-East and pharmacist at Burdon Pharmacy Group in Newcastle-upon-Tyne, with five pharmacies, none of which is on the protected list due to their prescription volumes.

“Two of our pharmacies are a considerable distance from the next nearest pharmacy, one is in a top 10 per cent deprivation area, and another in a location with a huge number of elderly people,” he says. “I still don’t know what effect these reforms are going to have on our pharmacies, but the first thing contractors need to decide is whether they want to retreat into cutting back opening hours and staff, or come out on the front foot and do more, develop local services and not give up, which is the tactic I’ve taken”, although he stresses that “there is no wrong or right answer”.

London fares no better, with less than a handful of the city’s pharmacies appearing on the PhAS list. Raj Rohilla is pharmacist/director at a small group of independent pharmacies in Battersea, White City and Midhurst, West Sussex. He says the cuts spell “doom and gloom” for a lot of London pharmacies and, for those that are less busy, “it could be the final nail in the coffin”.

Mr Rohilla says it seems like the government wants pharmacies to merge. “But it doesn’t quite work like that for small businesses and especially for pharmacies,” he says. “If you want to undertake a merger, this involves divulging all your commercial information to someone who is, in effect, a competitor, and therein lies the rub. No one wants to do that unless they are sure the competitor wants to sell or buy, so it makes it really difficult.

“Yet those people sitting behind a desk at the DH thinking they’ve overspent seem to think this is the answer. It feels to me like no one has spent any time in a pharmacy to understand the consequences, and everything is just about the bottom line.”

Steve Jeffers is chief executive of The Hub group, which has 18 pharmacies in north of England. It is merging two of its pharmacies into one newly refitted site before March next year. “I can see consolidation in pharmacy numbers via this route from many companies and there is no doubt that some pharmacies will close,” he says.

“Unfortunately, those pharmacy owners who have taken out large bank loans over the past few years may have some problems with their banking covenants and, having experienced that myself many years ago in another business, I know that can be very stressful. I am not sure [chief pharmaceutical officer] Keith Ridge and his colleagues understand the human cost of their decisions.”

This human cost is soon to be felt by customers of the Manor Pharmacy Group, which has seven independent pharmacies in Hertfordshire and Kent. Graham Phillips, the group’s director and superintendent pharmacist, says it is already planning to close two pharmacies, one of which serves a population of about 12,000 people in Southdown, where there is no GP practice.

“Because of that, the prescription volume in that branch is slightly below the national average and the retail trade is marginal,” he says, “but it was viable because, overall, our larger branches have propped up the smaller ones. However, now that our larger branches are subject to the full cuts and this branch falls just outside the one-mile limit, so is not protected, our best option business-wise is to merge it with another branch in Harpenden, which leaves the Southdown population with no pharmacy.”

The other branch that is closing is a 100-hour pharmacy in Kent, which has been running as a joint venture with a GP practice. It is the only surgery in the area and with no local pharmacy. “It was a struggling practice that couldn’t recruit partners or locums, servicing a very disadvantaged area – again with a population of around 12,000 people,” says Mr Phillips.

“We’ve been able to provide support to the practice and, although the venture lost £200,000 over the past few years in the run-up to the cuts, it had just reached break-even, but the situation now will mean it will end up going back into loss, so we have taken the decision to close it. Not only will this have a profound knock-on effect on the population, but I think the loss of our prescribing support may also be the final nail in the coffin for the practice as well.”

So where do we go from here? Richard Hough, partner and pharmacist in the commercial team at Brabners LLP, says most pharmacy contractors will say that, when it comes to their business “there is no fat on the bone anyway, so what else can we do to cut our costs?”

He says not many people have simple steps still available to them, and there is no one easy step they can take. “It’s still worth looking at a number of options, depending on how much profit is in the business, how much debt, how long you are tied into your lease, what kind of group structure you are in, and efficiencies in terms of economies of scale,” he says.

“If you decide to sell your business, you still need to submit three years of trading accounts to the valuers, who will come up with a figure they will market the business at, but right now that will give an unrealistic expectation of what revenues could be achieved on an ongoing basis for that business, particularly beyond the next two years.”

Mr Hough suggests there is no harm in contractors talking to landlords to renegotiate a lease, or talking to the bank to re nance a loan. “Desperate times call for desperate measures,” he says. “There are conversations that pharmacy proprietors need to have in order to address short-term funding deficiencies. A good bank will support you through periods of reduced profitability while you work out how you are going to address it.”

And the good news? “If you do fall by the wayside, there are opportunities to sell up,” says Mr Hough.

“Because locum rates are low and many people are moving away from employed positions, lots of pharmacists are still looking to buy pharmacies, but they have to go in with their eyes open and this sort of solitary introspection that has af icted pharmacy owners for so many years will have to change. There will have to be a far more collaborative approach to shared services within a locality, whatever they may be, because there’s a smaller share for everyone now.”

Developing pharmacy processes for the future 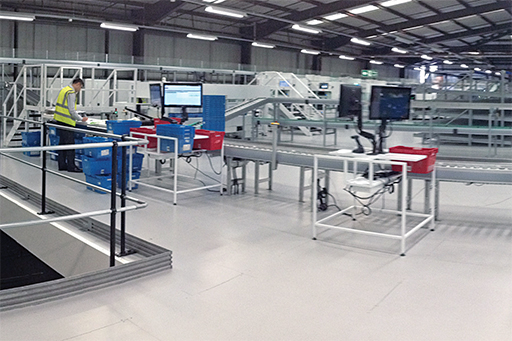 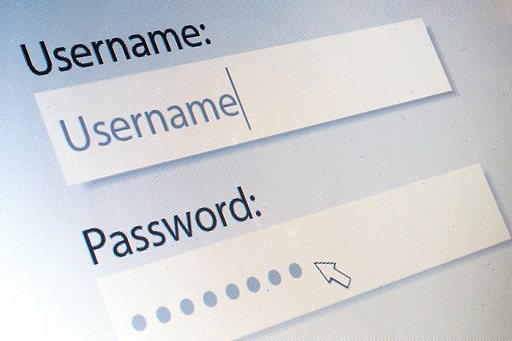 Rollercoaster ride to the Titan platform