Community pharmacy is using many processes that have been imposed on the profession and are not fit for practice, Jay Patel, executive director, Day Lewis, told delegates at the Avicenna conference in Vietnam. For example, time is wasted printing and shredding tokens within the electronic prescriptions process, he suggested.

“A seat at the table” is now necessary “to design our own processes,” he stressed. One of the reasons why community pharmacy “has not been able to do what it was asked to do in the past” is that hasn’t had the right tools, suggested Mr Patel.

The likely growth of mail order dispensing and weak links with general practice are two potential threats to community pharmacy that have been considered in detail by the company, and a range of efficiencies have been explored.

The best solutions are simple ones, he suggested. More efficient dispensing can be more easily achieved with an in-pharmacy robot, he said. “They are not massively expensive anymore. It helps you dispense more efficiently, helps you put stock away, and can free up some time.”

Day Lewis has developed processes to ‘track and trace’ prescriptions, a new feature of their PMR, said Mr Patel. “I predict that it will save us a huge amount of time in the pharmacy,” he said, making it easier for patient’s script details to be found. Saving one or two minutes from the dispensing process can save a large amount of time over a week, he commented.

Although centralised dispensing has been in operation for some Day Lewis pharmacies for a number of years, it hasn’t brought about proven cost savings, he said. “Yes, we’ve automated it, but we haven’t been able to prove that it saves money. If it did save money, we [the sector] would have already done it.” The process also has its risks, he said, in the case of electricity or broadband failure, when “everything shuts down”. For that reason, “it isn’t safer,” he argued.

Barcoded labels on prescription bags is part of a system that plans efficient routes for home delivery for Day Lewis pharmacies. “Before had no visibility of how we were doing deliveries.” Delivery services, being offered at no cost to customers, need to be evolved to compete with growing mail order models, with concerns that Amazon, for example, could soon enter the UK market.

Building stronger win-win collaboration with general practice requires better clinical services in community pharmacy, he said. Day Lewis looked at the top long-term conditions, by prescription numbers, to assess whether training was being put into the right clinical areas.

Connected technology is a vitally important part of the future of pharmacy, such as linking the pharmacy PMR with GP systems to create a seamless system, greater use of Summary Care Records and electronic repeat dispensing. Electronic repeat dispensing is a great way of working together with general practice, said Mr Patel. Speaking regularly – even daily – to practice staff to improve processes, such as synchronising prescriptions, will also do much to help to build relationships, he suggested. 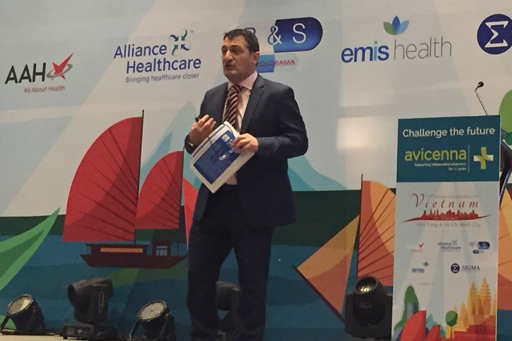 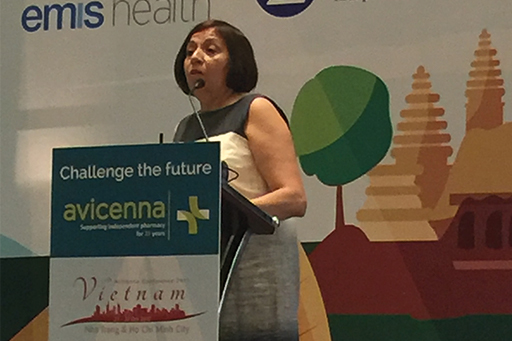